Searching for the roots of AliA

“As if a part of my life is being erased.“ If you are looking for a case study on what happens when an unprecedented health crisis mercilessly deletes a year full of DJ sets, festivals - included hosting her own room during Listen Festival - and parties, meeting people, and overall good vibes out of the life of a twenty year old, don’t look any further. But AliA, or Alyah for friends and family, didn’t stop smiling. Her dedication and positive attitude are infectious and over the course of this conversation, I discover why. I find myself in the living room of Yves and Eva, Alyah’s parents, for a long chat about the DJ’s upbringing and the music they served her for breakfast since childhood. Here is a first hint: Yves has been quite a successful DJ himself, having held a residency at the famous Silo club in Leuven, back in the nineties. More on that later. 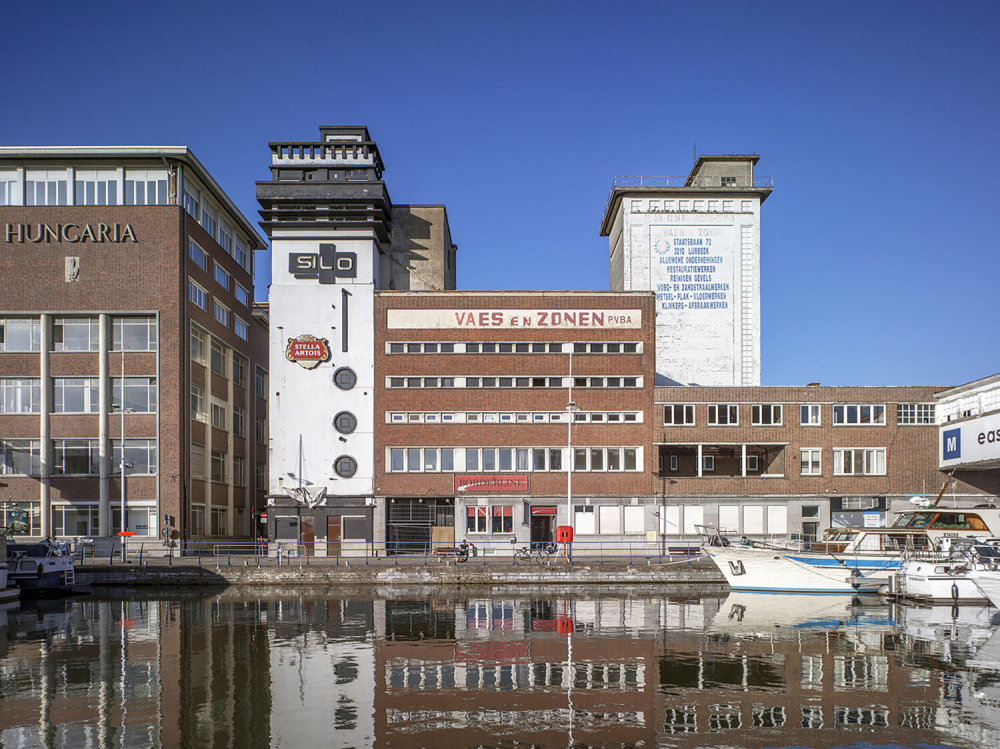 It’s June and the meteorological summer has just started. I’m in the peaceful student city Leuven, just a short walk from the station, at the Rivière residency. A sticker on the letterbox gives away the presence of Alyah, who now studies in Brussels but still often resides in her home base. The cosy house is decorated with art, abstract pictures shot by Yves and paintings signed by Eva. One giant portrait painting in the dining room depicts Alyah. Jazz music is playing through the high end speakers and although it sounds amazing, I have to ask to lower the volume to make sure our interview is neatly recorded. To my surprise, I haven’t seen any records yet. Alyah, Yves and Eva collectively reply to my question for the black gold: “Oh, unfortunately all records are gone.” Yves explains somehow timidly that he sold everything, more than 3000 records, when he stopped DJing around the time Alyah was born. Eva adds how they had to crawl over boxes while they were living together as a young couple years ago, there were so many. Or CDs, they used to own thousands of them. But this hasn’t prevented Yves and Eva from raising their daughter with all the music in the world. 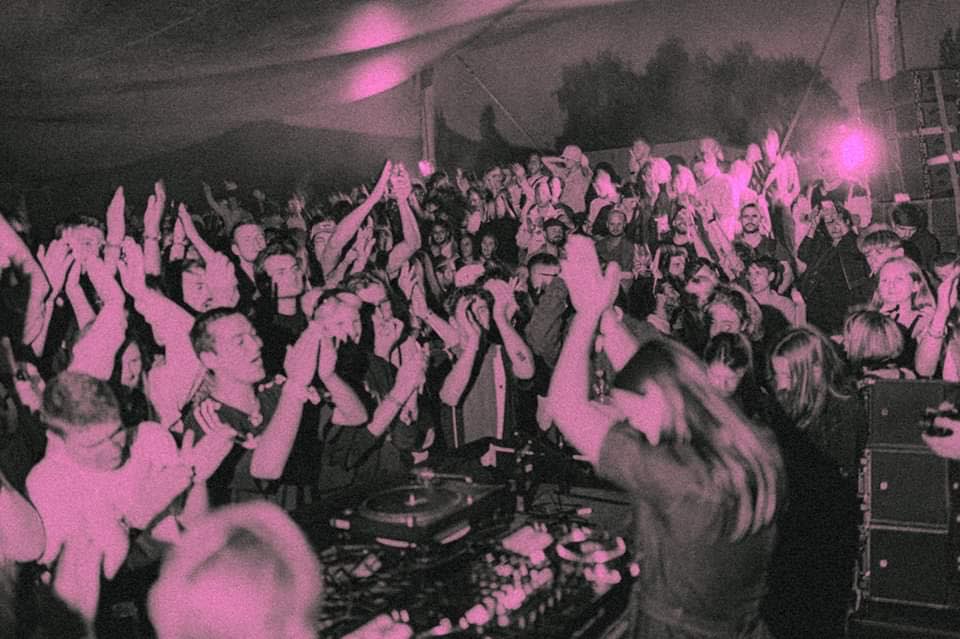 Nowadays all music in the Rivière residence is played digitally and during our afternoon together, Alyah and Yves play some tunes for each other. It’s striking how the whole family has music running through their veins, I notice collective beat nodding and I hear stories of Alyah’s gigs attended by her father and mother, in admiration of their daughter’s talent. “Although I always keep a low profile, I love being there, I’m her biggest fan”, Yves says smilingly. “It’s so much fun to see her taking over this passion from me.” If they would ever be DJ’ing together, I ask. Alyah is the fastest to reply. “He doesn’t want to, we have already discussed the topic. I find it weird that you don’t feel this urge, I’m going mad not being able to play due to Corona,” she tells her father. But Yves’s mind is made up, it’s out of question and too much time has passed since he touched DJ gear or records.

Twenty years ago Yves decided to put a stop to his intense hobby, a career that lasted about two decades. Yves grew up in the student bar of his parents, a popular spot called El Rincon and one of the few student bars in Leuven at the time. The place was well known for an excellent record collection, Yves’ father collected everything from jazz to blues and soul, and drew a wide audience of music lovers and students from various university faculties. Yves used to be in charge of the tape recorder, one tape could hold ten hours of music, recorded straight from vinyl. At the age of 16, he began to build his own collection and set off on a mission for musical knowledge and new discoveries. The jazz standards of John Coltrane or Stan Getz, soul, funk, fusion or American disco, Yves was taking it all. In the eighties he often visited London by boat or New York by plane, only to return loaded with kilos of vinyl. When he first started DJing - nicknamed Rivve Funk - in club Design at the Vismarkt in Leuven, his unique combination of underground music and radio hits worked pretty well. And in Café Apero - till today an established venue for underground DJs - Yves was offered a residency and carte blanche. New Beat was all over Belgium and despite its huge success and radio play, he decided not to jump on the bandwagon.”I kept playing my grooves,” Yves explains. “When hiphop, house, drum & bass and other genres were lifting off, I was among the first to play these in Leuven. Apero was quite a success story for me.” 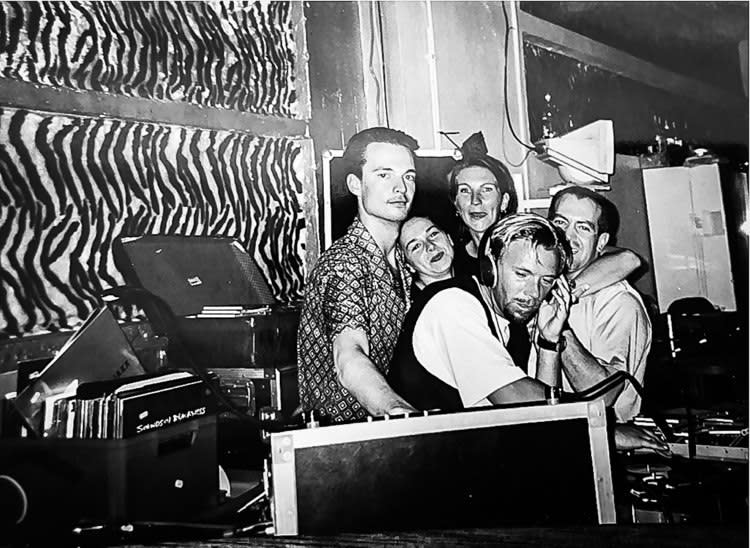 Eva met her husband Yves in the same Café Apero where she was working behind the bar. It’s easy to see what connects them: music, music and music. Although they are well in their fifties, the couple still loves to go dancing from time to time. At home after a dinner party, when they move aside the sofa and turn up the volume, or when Alyah is playing in town. When she was headlining the concert venue Het Depot with Mr. Scruff, Yves and Eva stayed all night and walked their daughter home in the morning light. It’s a musical bond shaped in Leuven in the eighties and nineties. “But truth be told, Leuven wasn’t really the hotspot during the seventies and eighties”, Yves admits. To discover new music, he had to travel. His trips often took him to Ghent to go record shopping in Music Mania or to enjoy its vibrant concert scene, to Antwerp to dig in USA Import or every year to the North Sea Jazz Festival in The Netherlands. Leuven was a rather conservative student town and apart from a few exceptions such as Café Apero or Belgisch Congo, it wasn’t until the nineties before Silo put Leuven on the Belgian nightlife map. Yves was used to playing all sorts of innovative electronic dance music, so it didn’t come as a surprise when he was offered a residency in Silo. In Soul Kitchen, the second room of the club, he was often performing long sets for packed crowds, while heroes such as Jeff Mills, London Electricity or Derrick Carter were headlining the main room. 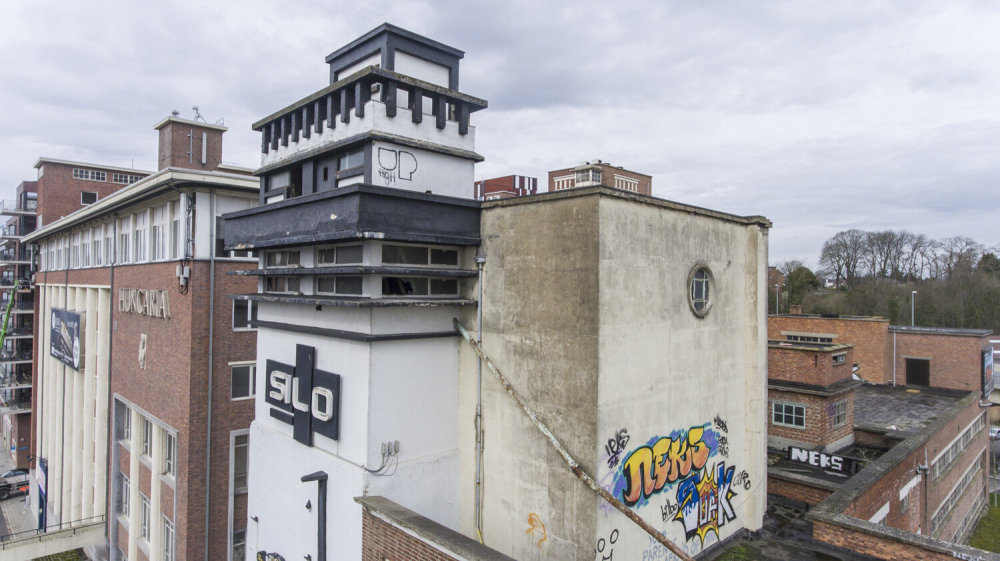 The ability of playing a broad selection of music is definitely something Alyah herited from her father. She has held a playlist since she first created an account on Spotify in 2013 and browses me through the very beginning: James Blake, Jimmy Edgar, Pomrad, Mount Kimbie, Erykah Bady and King Krule ... not bad for a 13-year-old. I witness a fun moment of bringing up family memories, when Yves remembers the first moment he played drum & bass for his daughter. Alyah has a vague recollection of the two of them listening to garage house and ending up sitting half an hour in the parked car in front of the house to listen through the whole CD. Though she also admits not quite understanding the weird jazz music hearing as a kid. And her father was definitely not welcome at her very first gigs, when she was fifteen years old and - just as any other adolescent - better off alone.

We end the afternoon with a listening session. I have asked Alyah and Yves to each select three tracks and play them for each other. It appears to be an easy job for both of them, since they already share a lengthy Spotify playlist with new discoveries. The soundtrack father and daughter Riviere have put together this afternoon is surprisingly uptempo and contemporary, as if both had telepathically anticipated each other’s choice and wanted to make sure their selection fits well together. It’s a blood tie, after all.

Yves: “This is rather new, I just discovered it through Spotify.

Aliyah: “I love this one, would be perfect for an open air with happy vibes. I see people hugging.”

Yves: “I really enjoy the beautiful atmosphere and drive. Could be cool to end a set.

Alyah: “Oh I see it as an opening track, perfect to set the mood. First time I hear this, it’s sick.”

Yves: “I once had a vinyl record by this guy, kept on following him, good stuff”

Selected by Alyah
Legends of the underground - The Gathering, Pt. III

Alyah: “I found this one at Rush Hour, it’s a broken beat project by Mark de Clive-Lowe. It’s a super versatile track, so many things happening, almost divine.

Yves: “I remember going to the Drum&Rhythm Festival in Amsterdam at the Westergasfabriek and seeing Mark de Clive-Lowe live. So good!”

Alyah: Just discovered this on the electro label F.T.P. Records, this one track has techno influences, even a bit jazzy. I find this super interesting.

Yves: this reminds me of Bugge Wesseltoft, who also makes this kind of mix of techno, jazz and percussion.

Alyah: this is the very last release by Skee Mask, just out today. I had programmed him to perform in the room I was hosting at Listen! Festival 2020, such a bummer everything got cancelled. The album is amazing!