Meet Reinel Bakole, a beautiful voice new to our scene.

One of the purest, most beautiful and unique voices new to our scene, that’s how Reinel Bakole is aptly described. For the second year in a row she released an EP and after her initial solo outing she now collaborated with beat maker Louis Shungu, C12 resident DJ and producer Chris Ferreira and bassist, dj and producer Sam Van Binsbergen. Dubbed The Solar 3, they are Bakole’s band and together they framed ‘Closer To Truth’, her latest EP. The result is a stunning piece of art, showcasing influences from jazz, soul and electronic music in six tracks, all led by the captivating and cosmic spirit of Bakole and presented as a visual EP including a 13-minutes long dance video directed by the Rotterdam based visual artist Tarona.

I sat together with Reinel Bakole a few days before her release concert at the rooftop of the museum for contemporary art Bozar in Brussels. 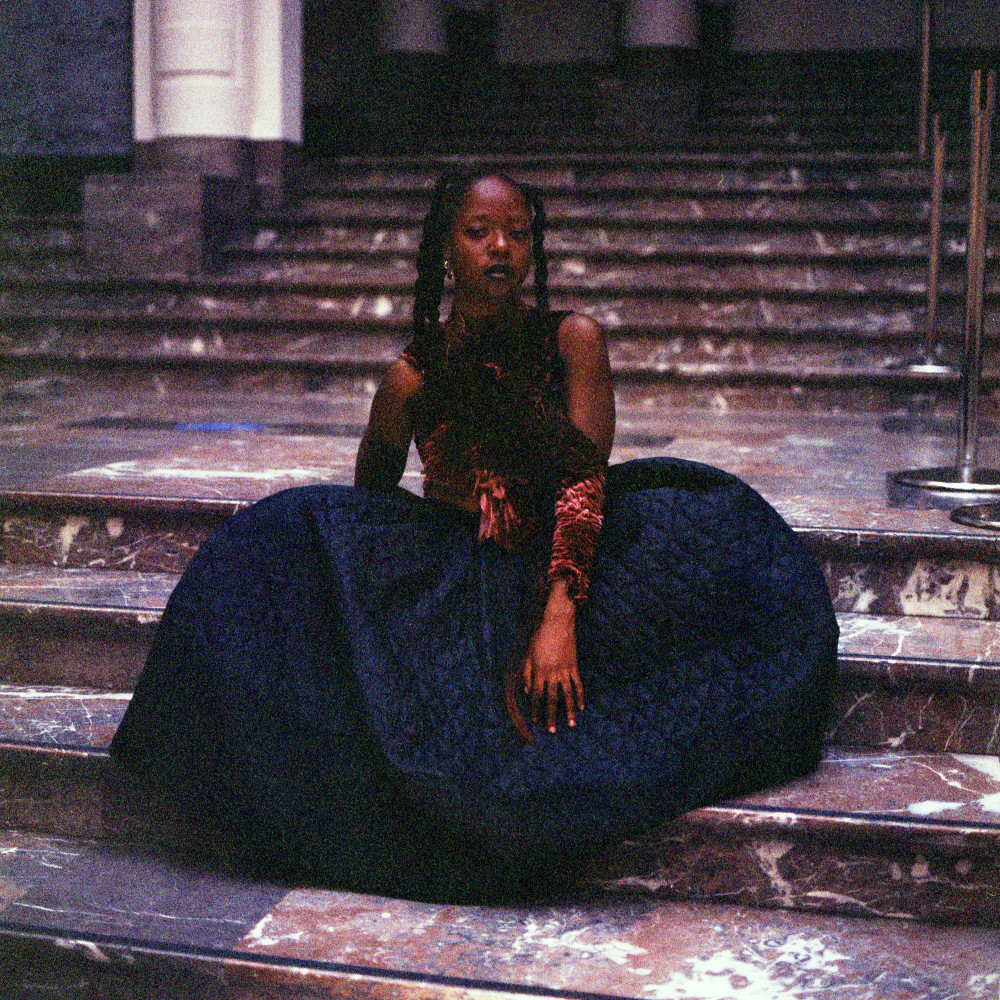 Hello hello, I’m pleased to meet you. How has your latest EP been received so far?

It’s going very well, I’m very happy. People were really impressed and commented that it felt very authentical, that the collaboration with my band was harmonious and the different sounds, moods and visuals worked well. All of these words make me very proud.

Your music is described as jazz and afro soul inspired and it reminds me of American neo soul singers such as Erykah Badu, Macy Gray or Jill Scott. Who do you name as your inspirations?

I have quite a few, I’m very much into blues and soul music. One of my main inspirations is Nina Simone, for the way she expressed what she was going through. I’m a huge admirer of her voice, her tone and her dedication, all very powerful and beautiful. As a youngster I often tried to sing her songs, her records were often played in our house. My parents listened to all the big classics in jazz, gospel, congolese religious chants, I believe her voice entered my mind and never left. 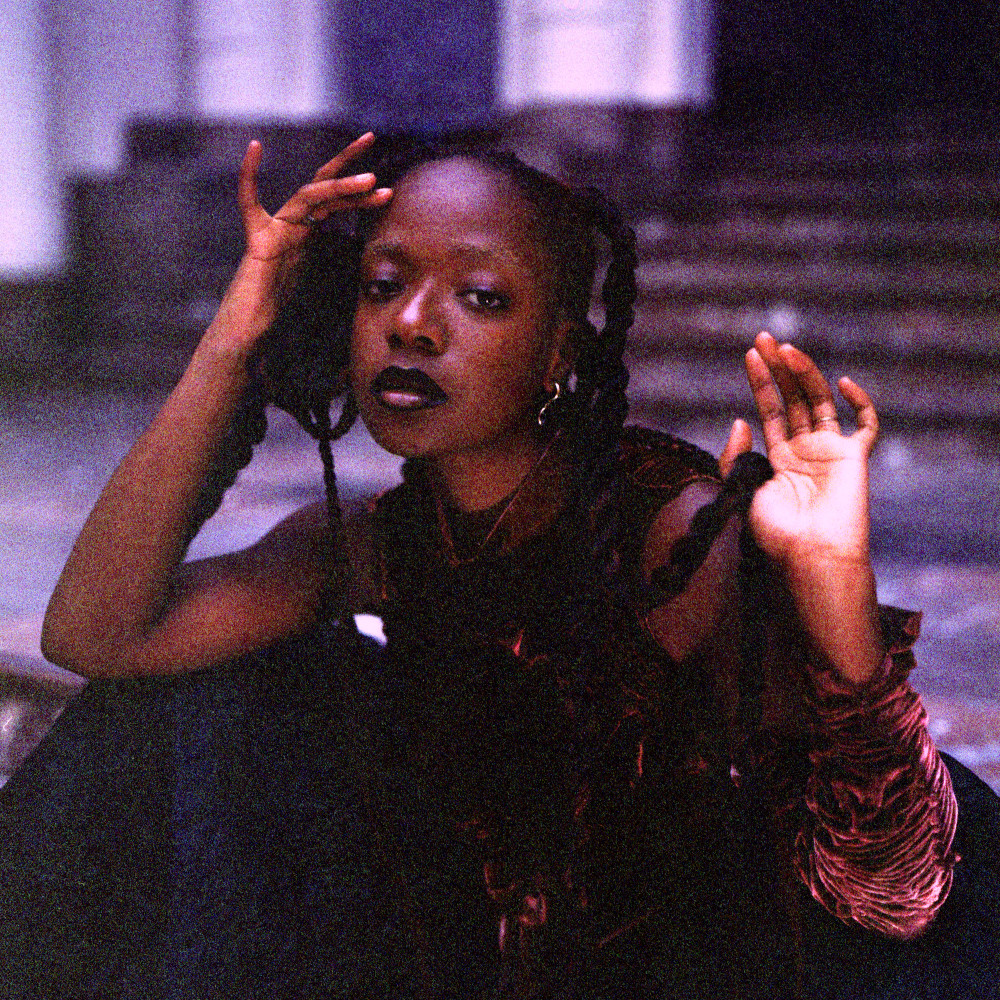 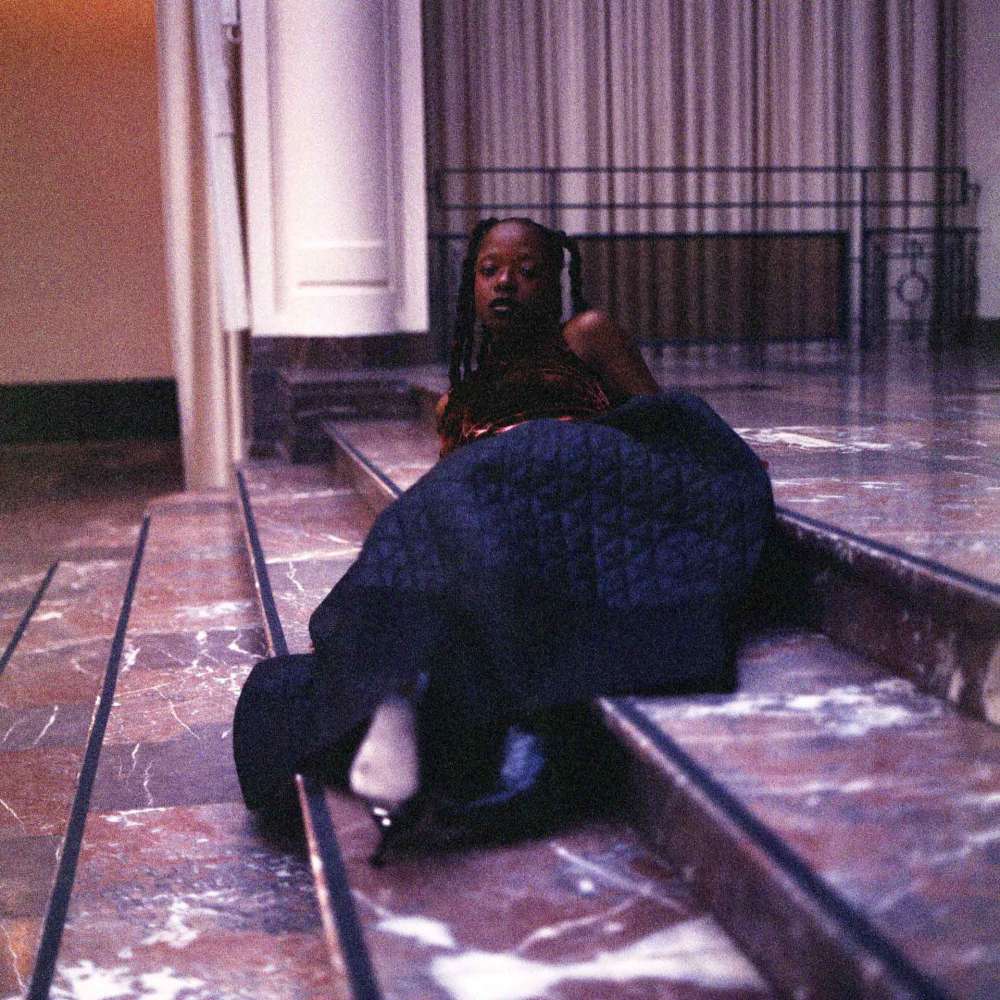 When did you discover your singing voice?

While I was still at primary school, around the age of 9 or 10. I remember I sang and noticed that my voice was good, not the best but it sounded clear. Often I was singing the lyrics from songs that were printed on the last pages of magazines at the time. Around my teenage years I started to sing more but I remained very shy. I had always been a dancer, which I had started already when I was 8 and singing was rather uncomfortable in the beginning.

Where did you grow up?

I was born in Ottignies and grew up in Rixensart, a small countryside village in Walloon Brabant. I’m very grateful I got to grow up around nature instead of the anxious city dynamics, but at the same time such a small environnement wasn’t good for me either. It was only when I changed schools and enrolled in an arts education program in Brussels that I discovered more diversity in life. For instance, that I wasn’t the only black girl around, that different colours exist. This experience was eye-opening to me, picturing me back in Rixensart now gives me quite a lot of anxiety. The school system over there wasn’t designed to make me expand and challenge myself, but really tried to shape me in the most narrow possible way, I believe I was rather shrinking myself. Coming to Brussels and engaging in all these projects and auditions was all about putting myself out there, getting out of my comfort zone. I had a dream at the time, I wanted to enter a big dance company somewhere in the world. So I went to New York to audition in a dance school, but unfortunately I failed. Afterwards I was very proud that I did it though, learning how to deal with failure is something we don’t learn enough in my opinion. But in all honesty, it took a while to dry my tears before the pride came. (Laughs) 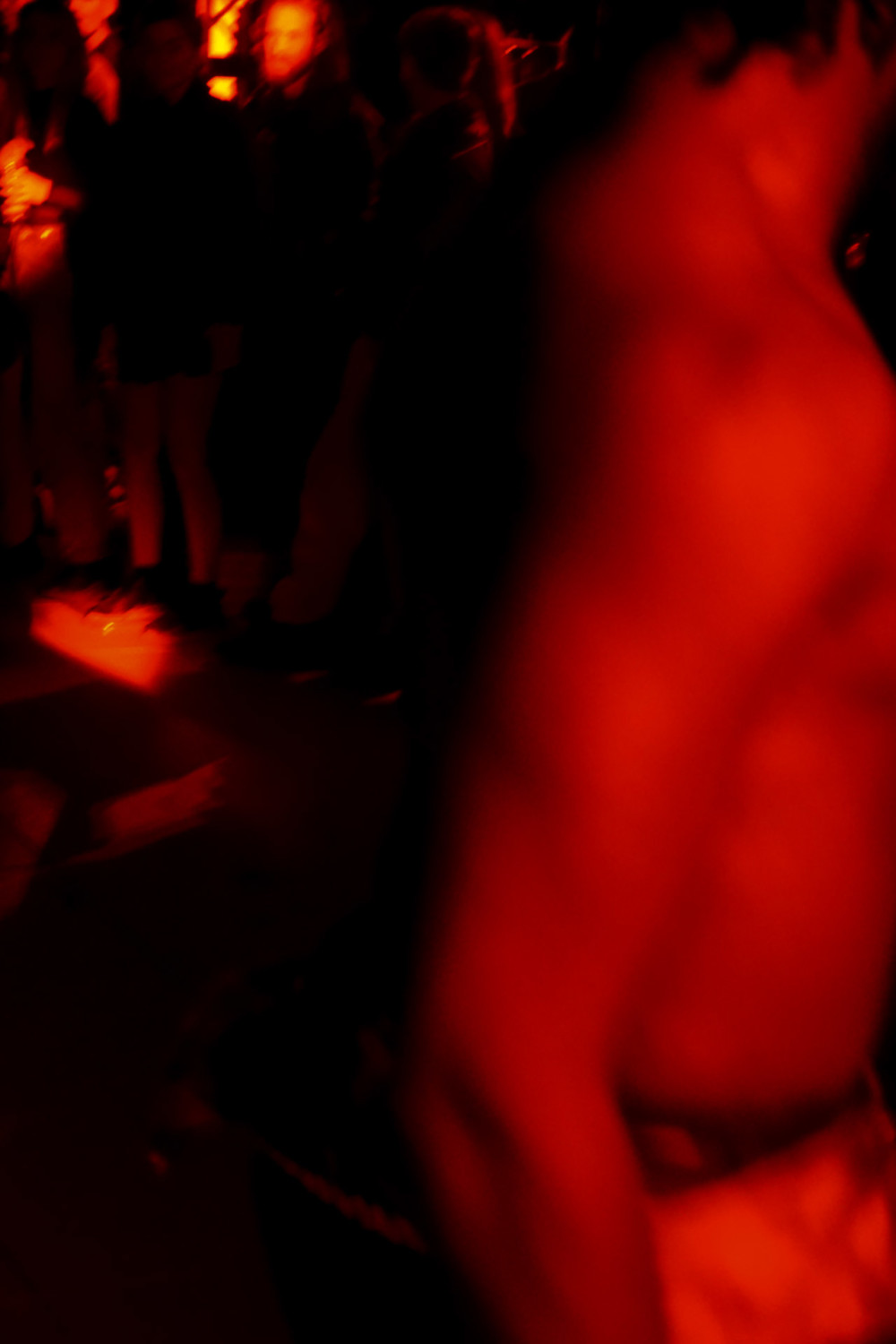 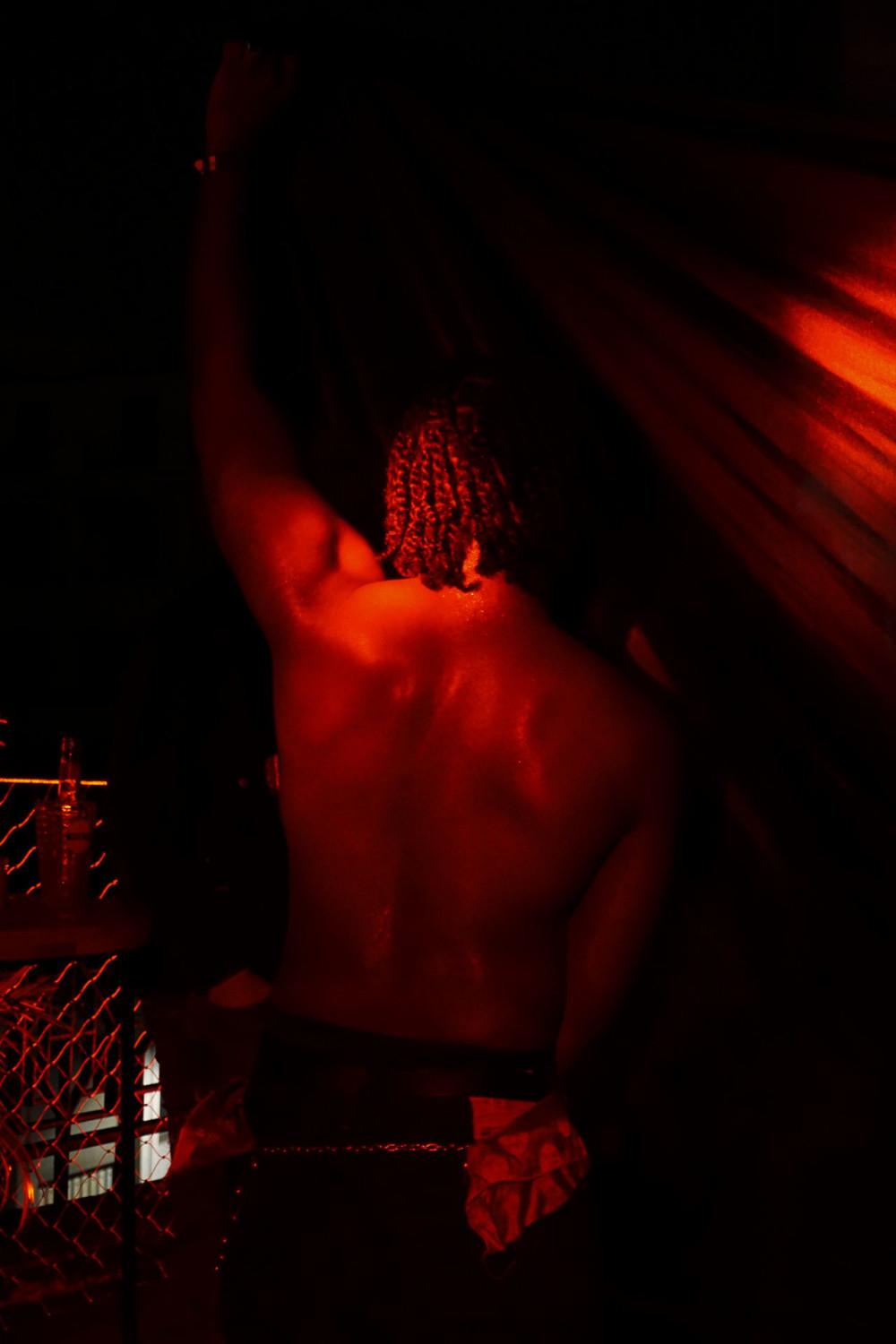 Reinel Bakole hosted me for this interview in the dance studio where she rehearsed for her release concert. The space is in a New Yorkish loft on the first floor of an old industrial building in Ixelles, you can smell the energy of the dancers although at the time of the interview we are on our own. Reinel is the sweetest possible interviewee, answering swiftly and with care, to every question she has an intelligent answer ready. It’s striking that at the age of 23, she already has a bright vision of how she wants her world to look like.

Reinel, It’s clear that from everything I see and hear from you, you perceive your artistic expression in the most free manner and through a great range of art forms, in a very visual world: music, dance and choreography, fashion, graphic design and illustration, … in a way that reminds me of Beyonce. Is she an inspiration to you?

Haha, yeah. Although I’m not inspired by everything she does, she is amazing indeed.

Was this your way of dealing with creativity from the very start?

Everything I do is always multidisciplinary indeed. The video we shot for the visual EP truly represents my message and all of my faces and identities, with whom people can connect through their own story. In the future I wish to research the possibilities of theater more as well, as another addition to my story. 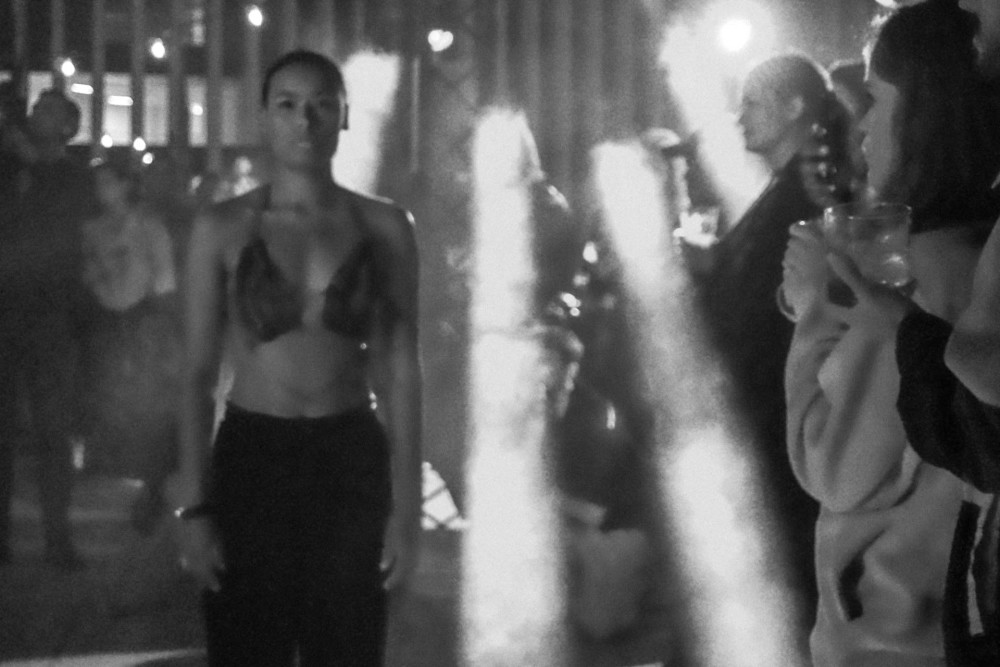 The video you released for the EP is an amazing and multi-layered creation which surprised me for sharing the video in one piece and not in small excerpts - something that would have been more logical given today’s online and social media marketing standards. Are you a headstrong person, who goes for her own ideas instead of following the pack?

Well, my team members have challenged me to share this video in different parts, but I really felt like releasing it as a whole, since it’s so close to my inner self. But in general I sometimes need to master the balance better, be able to receive and incorporate other people’s opinions, which is really hard for me, because what I see is so clear and meaningful. Up until now I also self-publish all my music without the help of a record company, but on the other hand I’m learning to be more realistic, since you only have the time you live with, as they say in French: “ce que comprend ce temps et sa réalité”.

How do you shape your teams and the people you work with?

I mostly surround myself with my people from my community and if possible black women.  Working with Afro-descendant creatives is just safer, we understand each other better, and nurture this sense of togetherness while celebrating our own unique magic. To me it makes sense to create spaces for women or people of colour in the art industry, I want to show that these people are skilled and talented as well. When I tried to find a black video director for my latest video, it took me ages, although I knew they were out there. I believe it’s a matter of unhiding people by giving them opportunities. I gave up the idea to ask for spaces, since I already have my space, I just need to own it. This idea of owning spaces is something we, as POC, are not used to, it needs to become more institutionalised. I want to help others to own their own powers and make a statement. We are all entitled to do so. 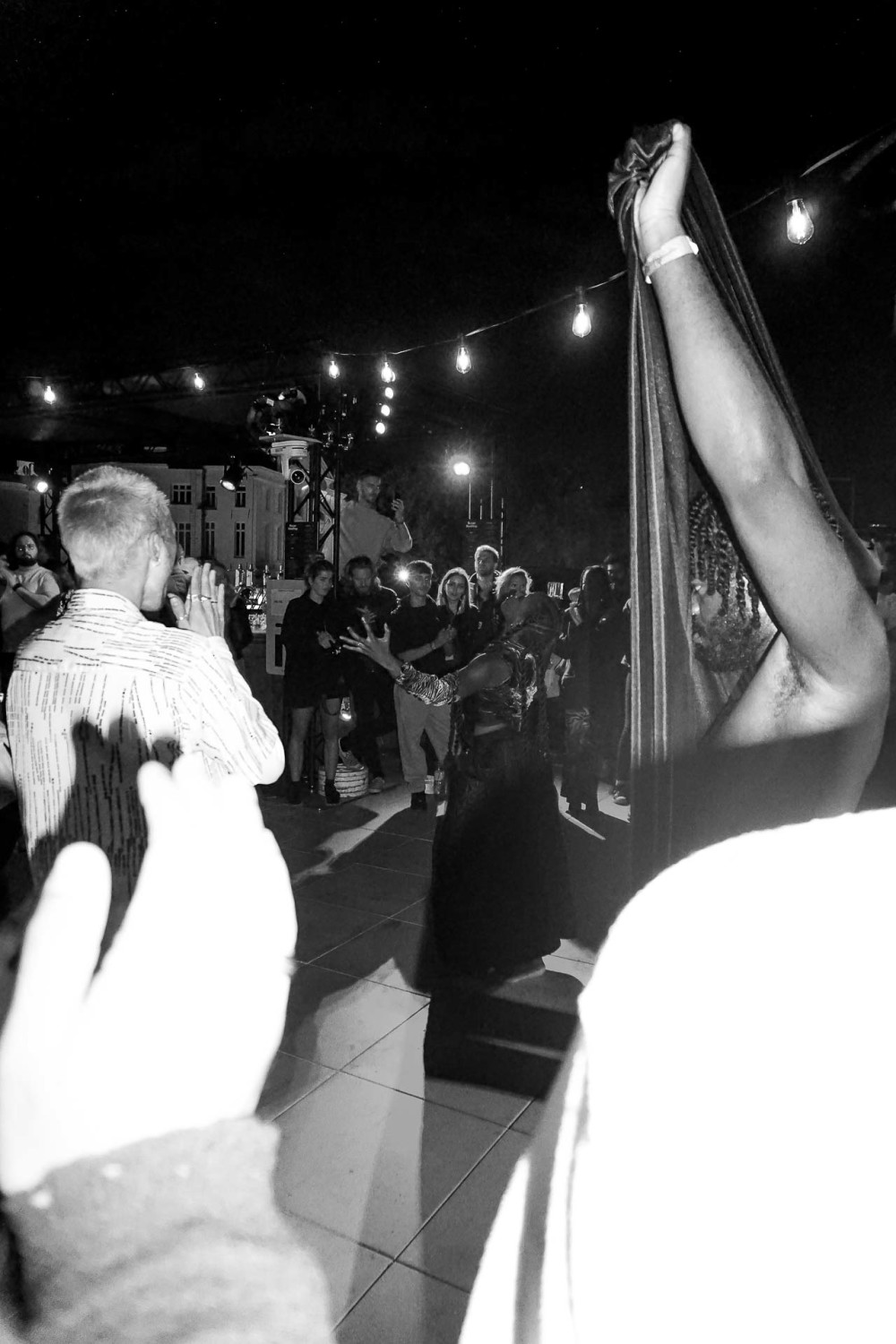 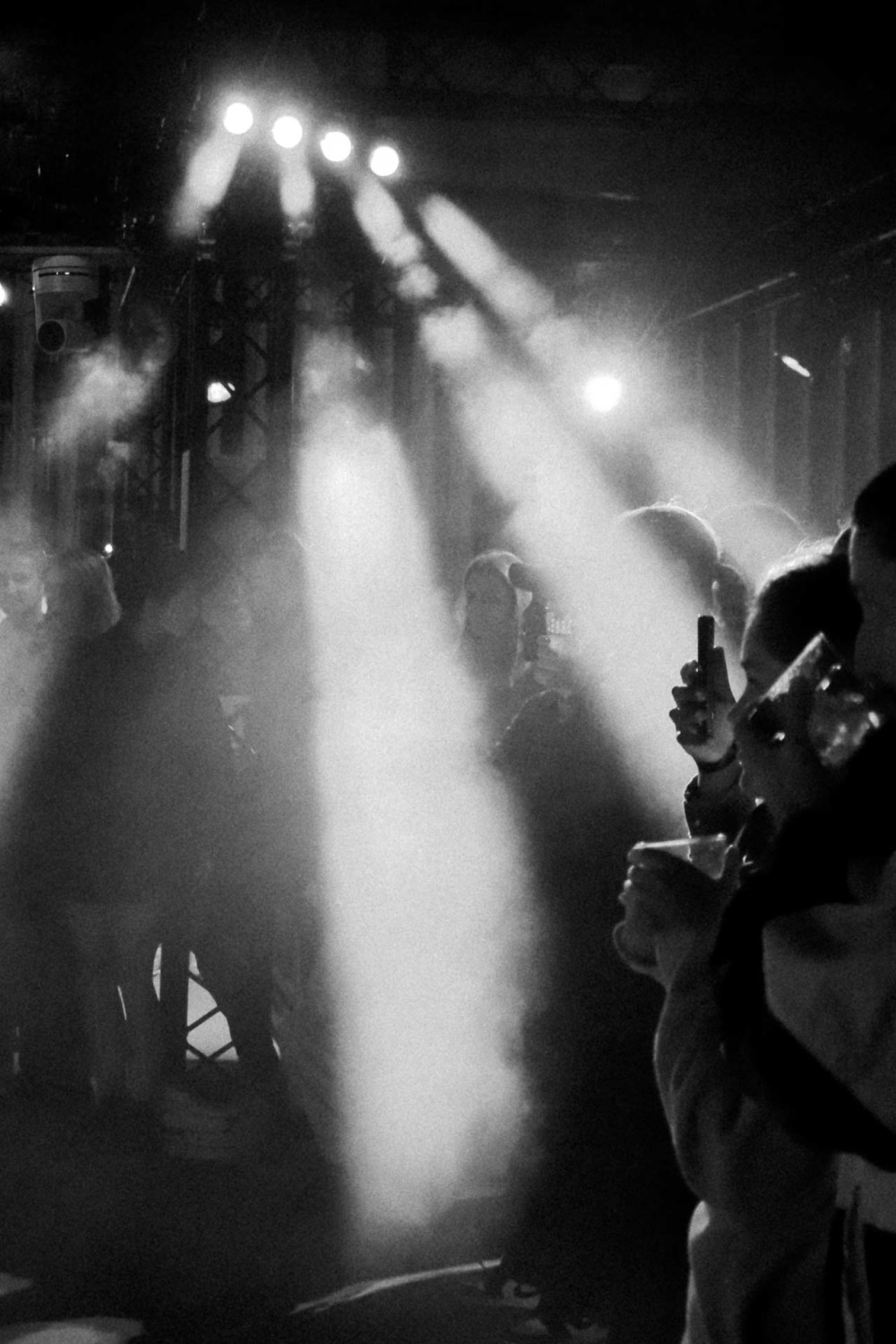 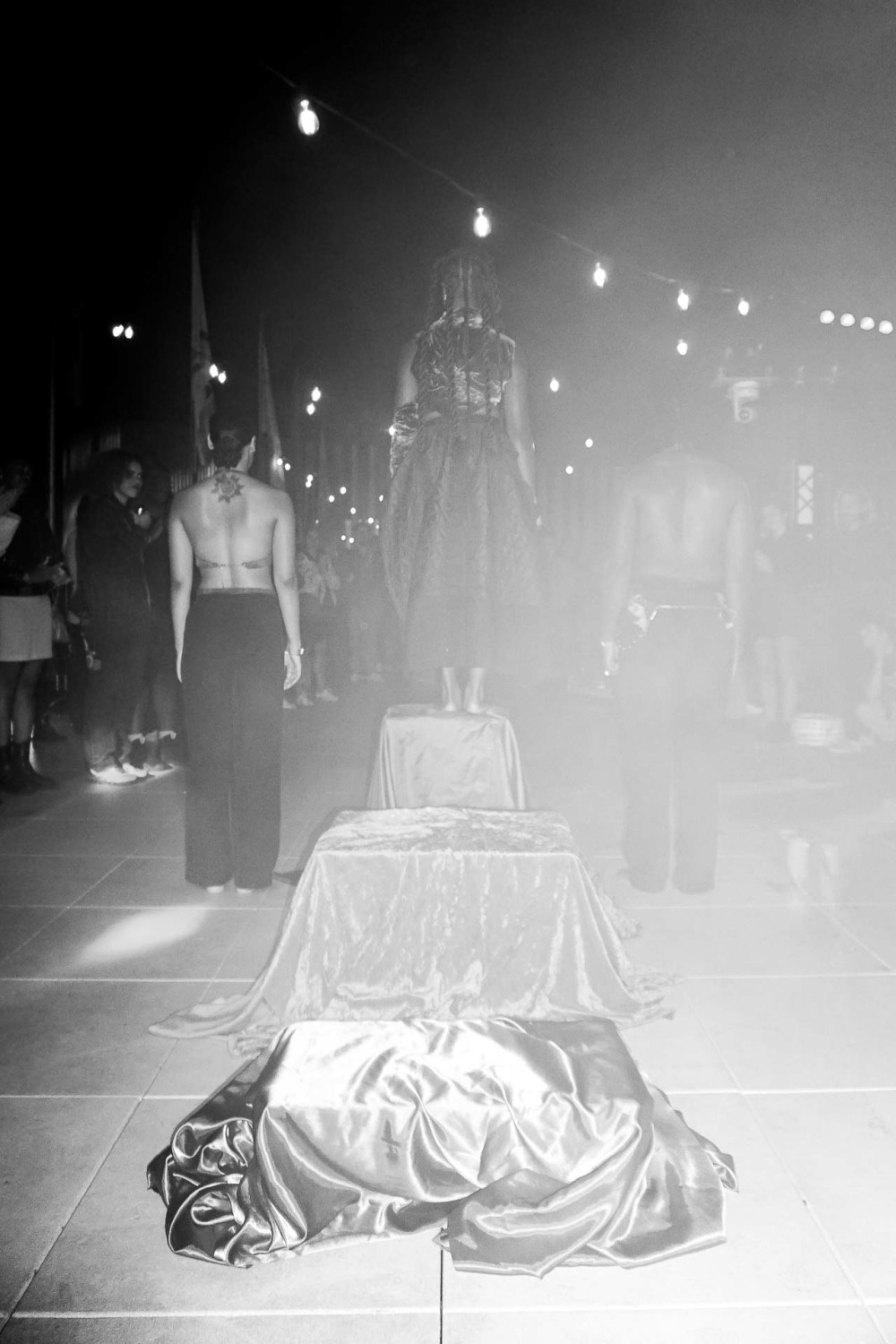 The Solar 3 is your band for the latest EP, how did they get involved?

It was always my dream to play live with a band. After my solo concert at Ancienne Belgique in September 2020, I was approached by Alexander Cornelis, an A&R for a major record company, who was very supportive and started sending me names of musicians. That’s how I met Louis Shungu, who immediately introduced me to Chris Ferreira. The two of them were already working together on their project as a duo, so first they invited me for a spoken word vocal on one of their tracks, which will be released soon. The more I saw and heard them work in the studio, the more I felt inspired so I tried my luck and asked them to produce my next EP. They proposed to invite bassist Sam Van Binsbergen and not much later we spent a couple of days in a tiny house in the countryside near Namur where we created the whole EP. In the studio we finally invited saxophone player Pierre Spataro from Commander Spoon and that’s how it went down.

Can you explain to me a bit what the topics of your lyrics are on your latest EP?

They are based on research around the complexity of human beings and our brains. For a long time already I have been interested in the conscious, preconscious and unconscious and their various dimensions and realities, next to dreams, beliefs, religions, etcetera. Now that I’m growing up, I feel I’m finding more connection to my roots, thanks to travelling to Congo and discovering the tribes and beliefs of where my father comes from, the Bashi tribe in Bukavu in south Kivu. For instance, the Bashi believe that at night, people who sleep leave their bodies and go for journeys to encounter each other's souls and to return to their bodies at dawn.

What has the future installed for you?

I’m a nomad just like my father haha, so I don’t think I’ll stay in Belgium. Prior to the pandemic I lived in London, but I came back to my family in Belgium to avoid a lonely lockdown in the British capital. Now I feel like returning to London in 2022, but I’ll first spend some time in Congo again. And I’ll keep on investing my time and energy into new projects, I have got many things coming up already. 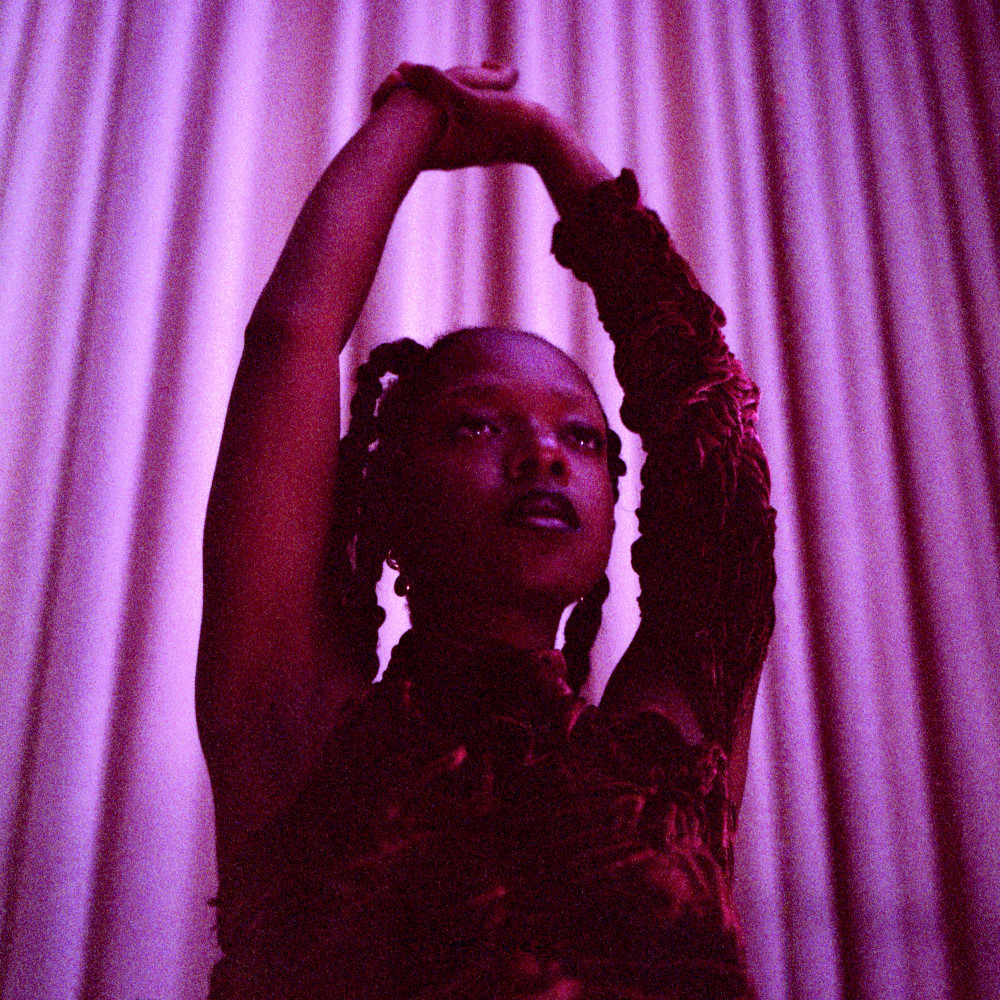 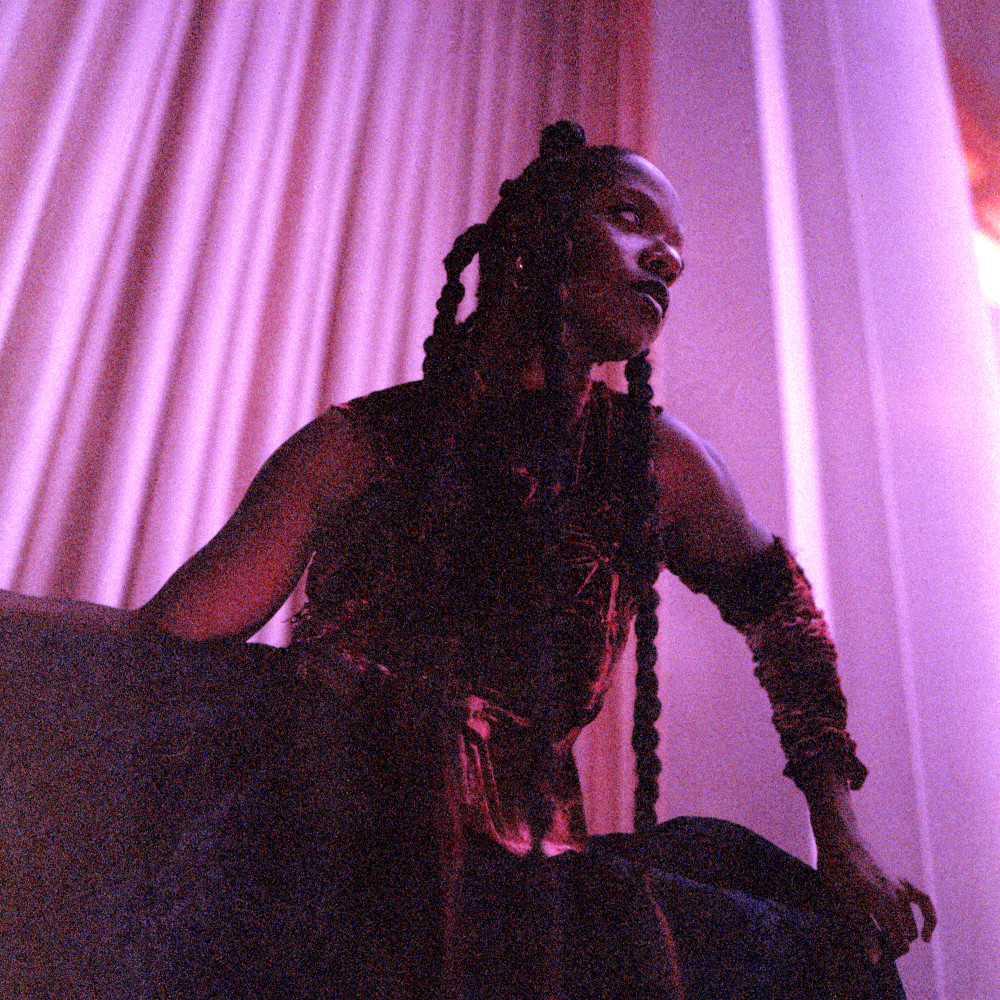