Some people are so connected to a city that when they announce their departure, it comes as a complete surprise, even a small shock. This was definitely the case for Nicolas Bucci, commonly known as Boochie. The Sammarinese (as people of San Marino are called, I had to look it up) is switching Belgium for Indonesia following his wife’s first assignment as a European Union diplomat. If you haven’t heard of the enigmatic DJ, curator or communication expert before, you probably have come across one of the projects he pushed during his time in our capital. Bucci has left more than a remarkable stamp as programmer of live venue and DJ café Bonnefooi, as co-artistic director of Forest Sounds Festival and Listen! Festival and as co-founder of online platform Kiosk Radio. We couldn’t let him sneak away without a decent goodbye interview, reminiscing about his time in Brussels and wondering what future he sees for our city.

Bucci first arrived in Brussels nine years ago, after having spent a year in Zambia. He had studied international relations and development and was able to secure a half-a-year scholarship in the United Nations communication office in Brussels. Attracted by the cosmopolitan spirit that reminded him of a prior and utterly inspiring experience in New York, but on a much smaller scale and right in the center of Europe, he decided to give it a go. The young Bucci had always dreamed of a life in diplomacy, allowing him to travel and continuously discover new places and cultures. When he realized his parents lacked the highly necessary political connections for a diplomatic career in his own Country, he decided to try to make it on his own, ending up in the EU bubble in Brussels. But things turned out quite different once he got here. 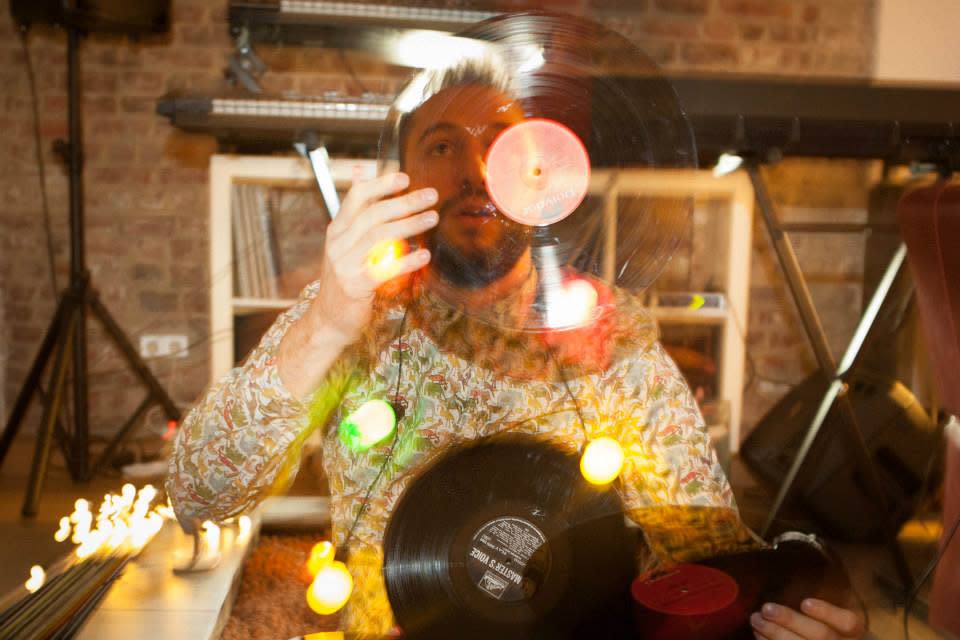 Growing up in San Marino, a tiny Southern European microstate with a population equal to Knokke-Heist and completely enclosed by Italy, Bucci simply never believed a career in music was an option. Although it was electronic music that really got his heart skipping a beat. As a teenager he often made trips to Rimini, right next to San Marino on the Adriatic Coast. The epicentre of a lively nightlife scene, especially from the seventies till the nineties, this coastal town was where Bucci first heard Daniele Baldelli play records. The legendary DJ was born and raised in Cattolica, not far from Bucci’s hometown. “Even my parents knew Baldelli”, he explains. “Before Cosmic, the DJ was known for playing at Baia Degli Angeli in the late 70s, one of the first disco music clubs in Europe. In more recent times, you could even see him mixing at popular village parties. One day you'd spend a jolly time with your family on a square hearing him play and the other day bump into him with your friends in a dark discotheque.” Baldelli’s open-minded style and innovative music selection had a lasting impact on Bucci.

The Cocoricò club was another Adriatique hub for electronic music, where Bucci spent most of his teenage weekend nights. Long before moving to Brussels, this was his first encounter with Belgian electronic music. House, Techno, New Beat and Trance were being played in Cocoricò and Belgian DJs often travelled there for gigs. When Bucci wasn’t dancing in the main room “La Piramide”, he spent hours in Morphine, an ambient room which throughout the 90s hosted real legends, from DJ Morpheus to Mixmaster Morris, from Arto Lindsay to the Italian duo Krisma. After having discovered this secretive space, Bucci got hooked on its laid back vibe and adventurous music atmosphere. “The music played by the host himself - David Love Calò - was incredibly eclectic, ranging from Balearic to ambient, from disco to new wave. I learned a completely different way of listening, it had a major influence on the rest of my life and musical taste.”

Bucci started DJing himself and at a visit to Lowlands Festival in Holland in 2004 he got a first and galvanizing glimpse of the international music industry. He bought two turntables and started a DJ duo called JackiAntenna and got involved in its very first festival ‘Tosaerba’, the Italian word for lawn mower. The event was DIY and small sized, but at the peak of its five years existence it attracted up to a thousand visitors. “The festival site was at a friend’s country side house”, Bucci recalls. “We had a massive field, a forest, a truck with a DJ booth, a pool, a campsite and even little markets selling space cookies, records or offering massages. The house was located in San Marino, while the field was in Italy. This prevented both their police services to stop us, turning our festival in a sort of free zone. We always played the closing DJ set, I have fond memories of these years.” 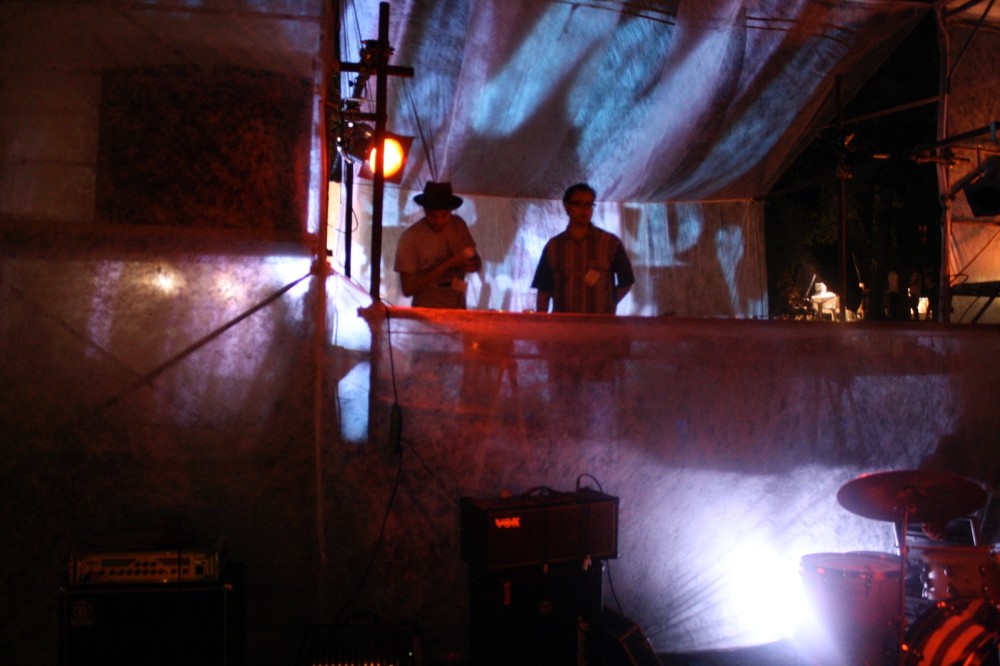 Eventually Bucci decided to leave his cosy hometown, motivated to discover the world. Arriving in Brussels in 2011 and believing a political career was custom designed for him, he ended up at a EU lobbying firm. But he soon felt out of place and in 2014 he resigned, slowly starting to believe another future suited him better. For his birthday party in September of the same year, he invited his musical hero Daniele Baldelli to Brussels. In order to pay for his expenses and DJ fee, Bucci organised a crowdfunding campaign and proposed the idea to Gerd De Wilde, the programmer at Bonnefooi at the time. The party was a huge success, linking the past with the present would set in motion many things for the Sammarinese.

Bucci was offered a monthly residency in Bonnefooi, leading to the birth of his nickname Boochie. He invited DJs such as Jan Schulte, Young Marco or Hugo Capablanca, long before their international breakthrough, and more of the Italian masters such as Dj Rocca or Fabrizio Mammarella to play in the cosy center town club. When programmer De Wilde decided to quit the job in January 2015, Bucci took his position, the start of an intense three year-long engagement. “It’s a crazy and hectic place and I had some of the most magical moments there”, he looks back. “Unique are the mixed crowds, all united by a desire to dance and party. Thanks to the excellent Void soundsystem, the proximity and the vibe, it’s definitely the space that connects people to all the weird music that is being played by DJs and bands. “Les Filles De Illighadad and Moor Mother in collaboration with Ancienne Belgique, the Thursday nights with Nosedrip and Captain Starlight dubbed ‘Parels Voor De Zwijnen' as well as DJ soFa and Sixsixsixties’ allnighters were definitely among my highlights.” When a few friends noticed a call for project proposals for the abandoned kiosks in the Parc Royal, they turned to Bucci. He became one of the founders of Kiosk Radio, contributing his expertise in music, communication and networking. The project was an instant success, bringing hundreds of DJs and music fans to the park, even in winter time. With a bar and some strategic partnerships Kiosk Radio is able to maintain, although it’s a financially challenging project. Through these kinds of projects Bucci really made a lasting impact on the city. “Up until today I often encounter people who dress the same, listen to the same music, but speak another language and meet each other for the first time at our tiny shack”, he mentions. Another project Bucci has initiated is ‘Support Your Brussels Scene’. This enabled Kiosk Radio for several weeks in a row during the Corona crisis to host bands and DJs in cultural and night venues all across town. 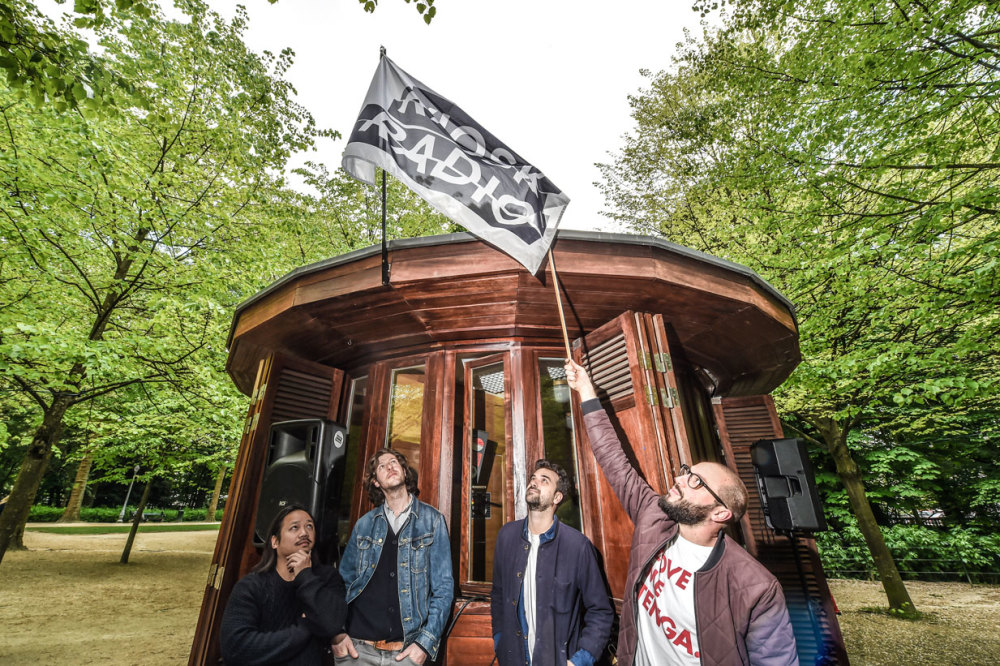 As artistic director at Forest Sounds Festival and as a valuable member of our very own team here at Listen! Festival, Bucci has always invested most of his time and energy into connecting people. “Listen! Festival is a platform and we try to break boundaries, not only between musical genres but also between communities”, he explains. “We involve different curators and see it as our job to offer a diverse program keeping the balance right. I have been part of the team since 2018, managing our communication and involved with artistic direction. I’m especially proud of the Thursday night showcases. The circuit around the Brussels canal connecting venues and scenes showed the potential of this area for the city’s future.” 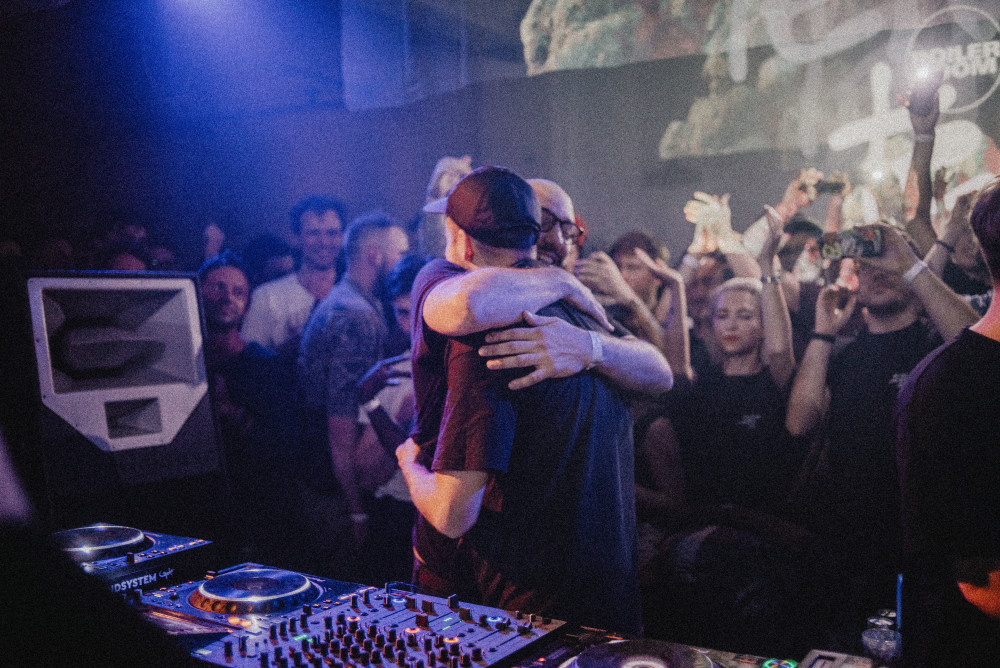 Looking back at nine years in Brussels, Bucci is leaving a place that he now calls home and will more likely return to than San Marino. I ask him what his viewpoint is on the sudden rise and development of so many projects over the last couple of years in Brussels - C12, Kiosk, Listen!, Crevette Records, ... while before the city’s electronic music scene seemed rather inert. “The game changer was definitely the fact that people started to work together”, Bucci states. “Flemish and Walloon people started to connect and help each other. Scenes and communities also mingled more, whereas before I believe they were rather separated. All the projects you mention have understood the need to collaborate. In a long conversation I recently had with my friend Gerd De Wilde, he said that bookers or programmers should rather be “facilitators”. I completely agree with this, it’s about connecting the dots and going beyond your personal taste. This is something I have learned in Brussels.”

Saying goodbye to Nicolas Bucci feels weird, but it doesn’t feel as forever. From his new community and viewpoint in Southeast Asia, he will most likely still facilitate connections between Brussels and the rest of the world. Were his diplomacy studies and his flamboyant Sammarinese style the reason for his unique coupling skills and pivotal position in our local scene? Or was our distinctive Brussels melting pot the much needed fertile ground for him to flourish? The chicken or the egg! We will miss you, Boochie.