From Playstation 5 to the stage of Botanique at Listen Festival: meet Jennifur.

Put Hector Devriendt aka Jennifur in a basement studio for 18 months and he’ll produce every sound and all music for a videogame, that’s a simple fact. Without much experience and as the result of a pivotal encounter with adventurous Belgian game developers who wanted to put their faith in the hands of a talented young producer, Devriendt did an excellent job as the soundtrack designer of snowboard game Shredders. One year after the release on XBOX and PC and a month since Playstation 5, his music has been heard by thousands of gamers worldwide, with trailer video’s reaching a multiple audience and his name popping up on influential media such as NME. The soundtrack was also released as an album titled Nowhere, Now Here and the accompanying live show brings Jennifur to Listen Festival 2023. 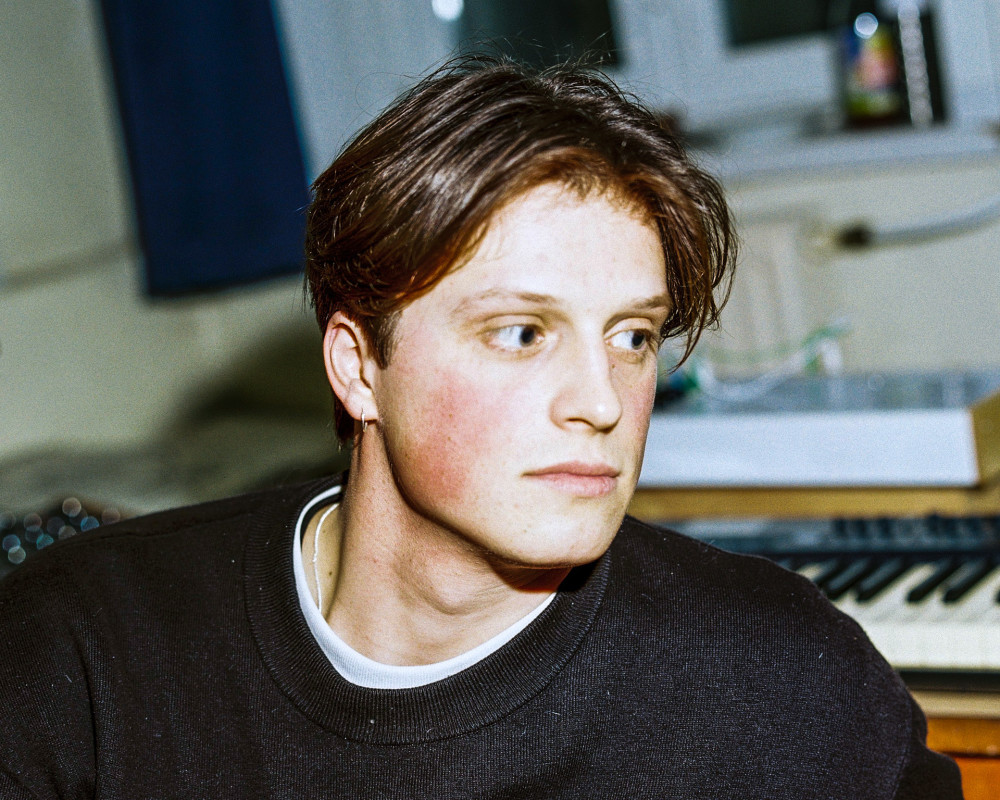 First of all: congratulations on the video game and soundtrack. How long and what kind of work does it take to create the soundtrack for a video game?

Thanks! For 18 months I worked almost non-stop on the game. Although my contract only stipulated four days per week, I was so much invested into it I often worked all week or even on weekends. Next to the official soundtrack, I performed quite some foley work, where I recreated sounds in my studio such as for instance the sound of snowboarding in deep snow. And I processed and edited all interviews with the professional snowboarders for the game’s narrative. Looking back, I must admit I fairly miss those days here in my basement studio, truly a dream job. 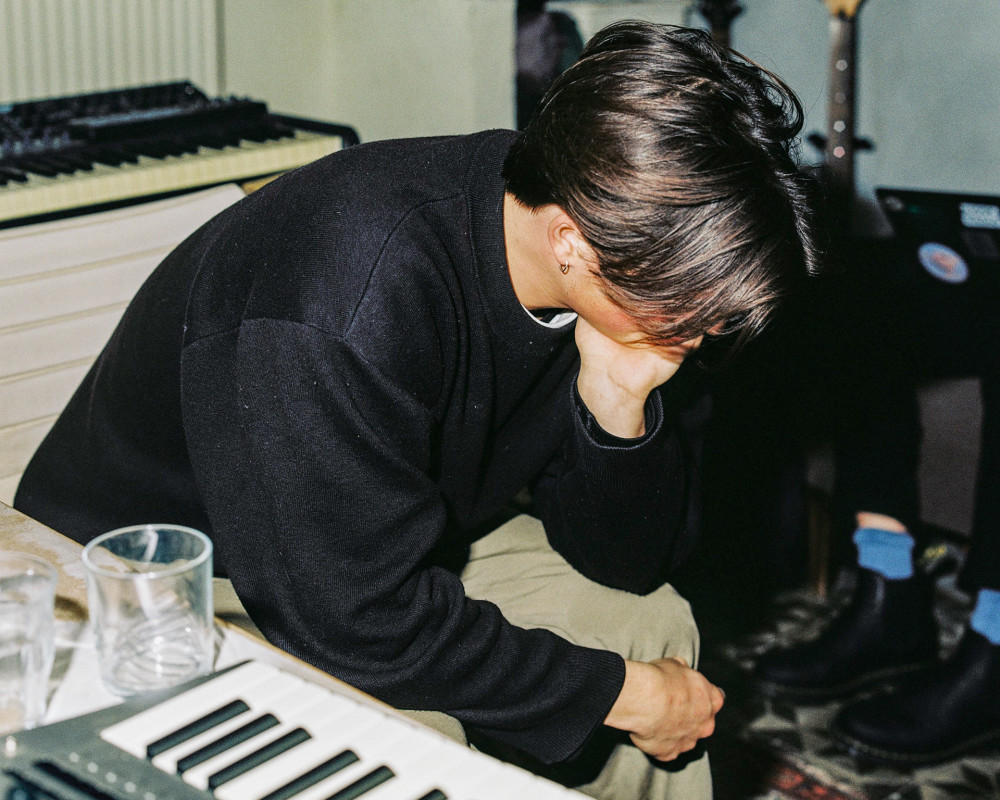 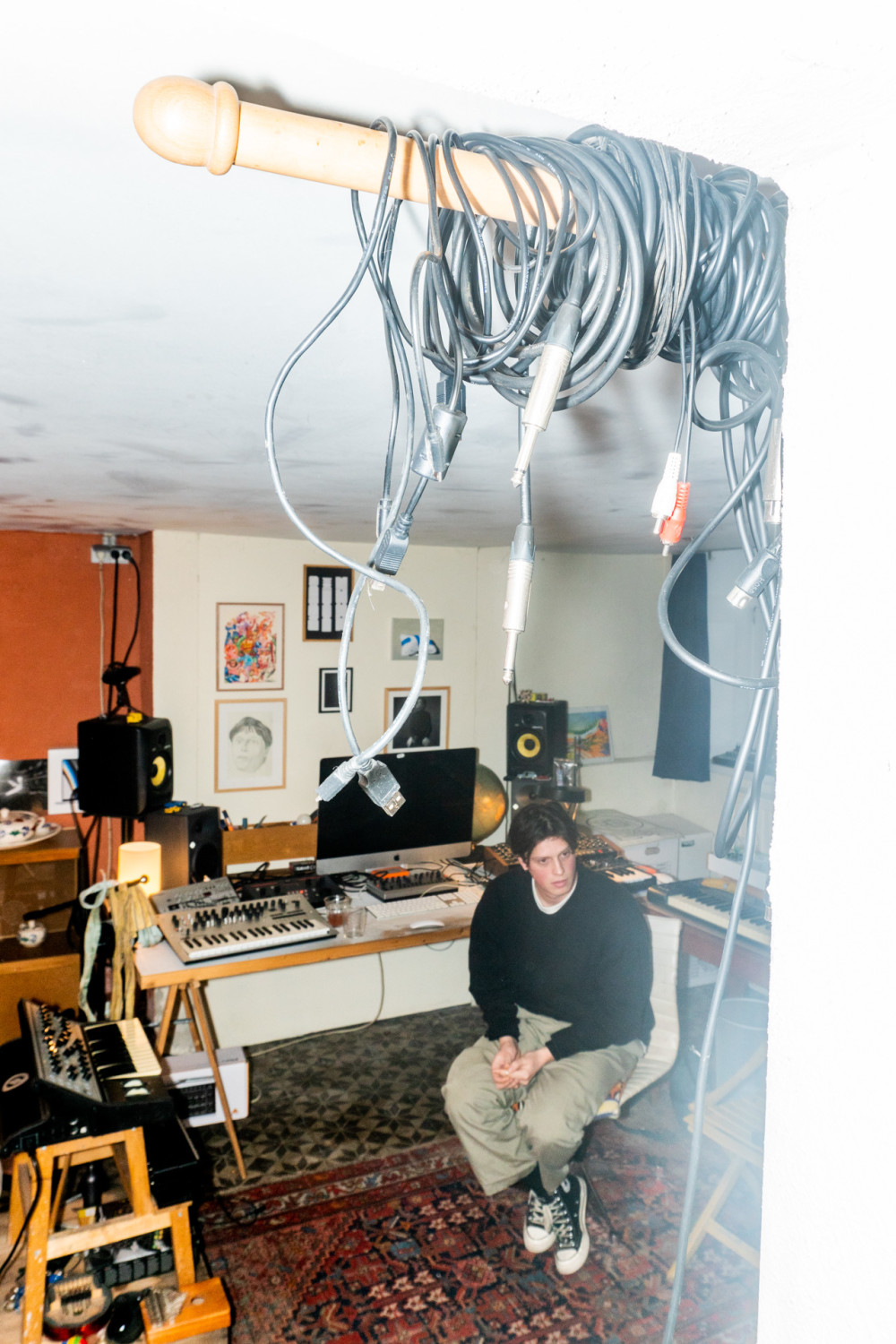 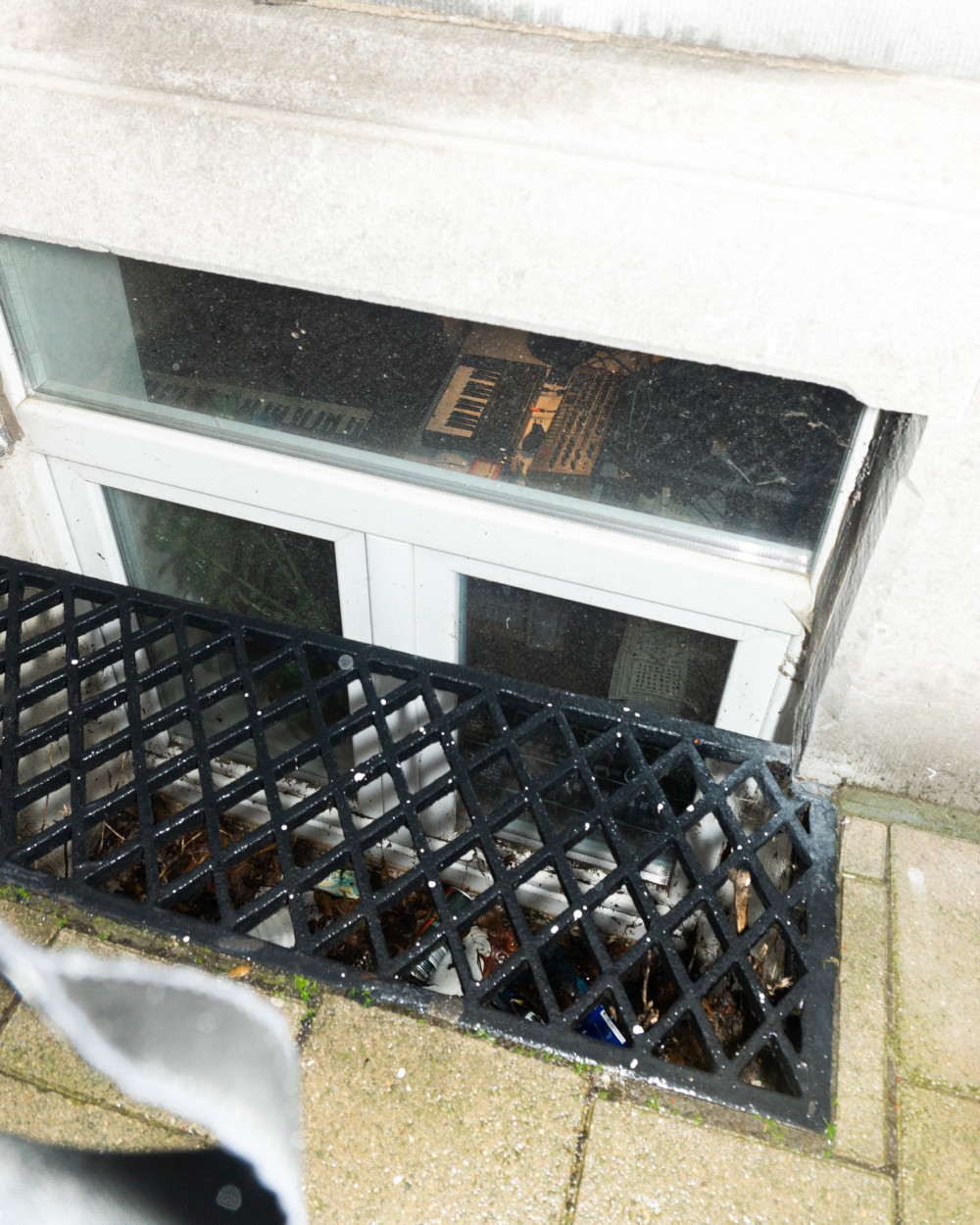 Are you a winter sports fanatic yourself?

No, not really. As a teenager I was a skater though, but I didn’t do much snowboarding.

Then how did you end up doing the soundtrack of a snowboard video game?

Through VI.BE, an organization that supports young producers and musicians in Flanders and Brussels. Two of their former employees, Dirk and Joachim, are now involved in I-Illusions, a Belgian independent game development studio. Years ago I contacted VI.BE with a bunch of questions about my very first EP, on how to upload it to Spotify for example. Joachim remembered my music and offered me the job. Them believing in me was such an honor and a great gift. The whole project was an incredible learning experience and definitely a firestarter for my musical career.

Did you have to play the game a lot to get into the vibe?

They put a gaming computer here in my studio and installed every new update to it. I was able to fully embed myself in the digital environment and simultaneously was given complete carte blanche for the music. As a result, the album really feels like a Jennifur album that I’m proud to present also outside of a game environment. I’m actually pretty sure that if the game soundtrack job hadn’t crossed my path, my album would have sounded quite alike. A few tracks only made it into the game and aren’t on the album, while all of the music on the album also made it into the game.

You specifically wanted to present the album also separately from the game, with an unconnected album cover? Was it hard to convince the studio to do this?

Gaming soundtracks are often presented with the same aesthetics as the game itself, but from the beginning the studio left me fully free to present my music the way I wanted. My girlfriend Emma Raymaekers created the cover artwork. This way, the soundtrack can also speak to an audience outside of the gaming world. The studio encouraged me to do so, which is also quite unique I reckon. 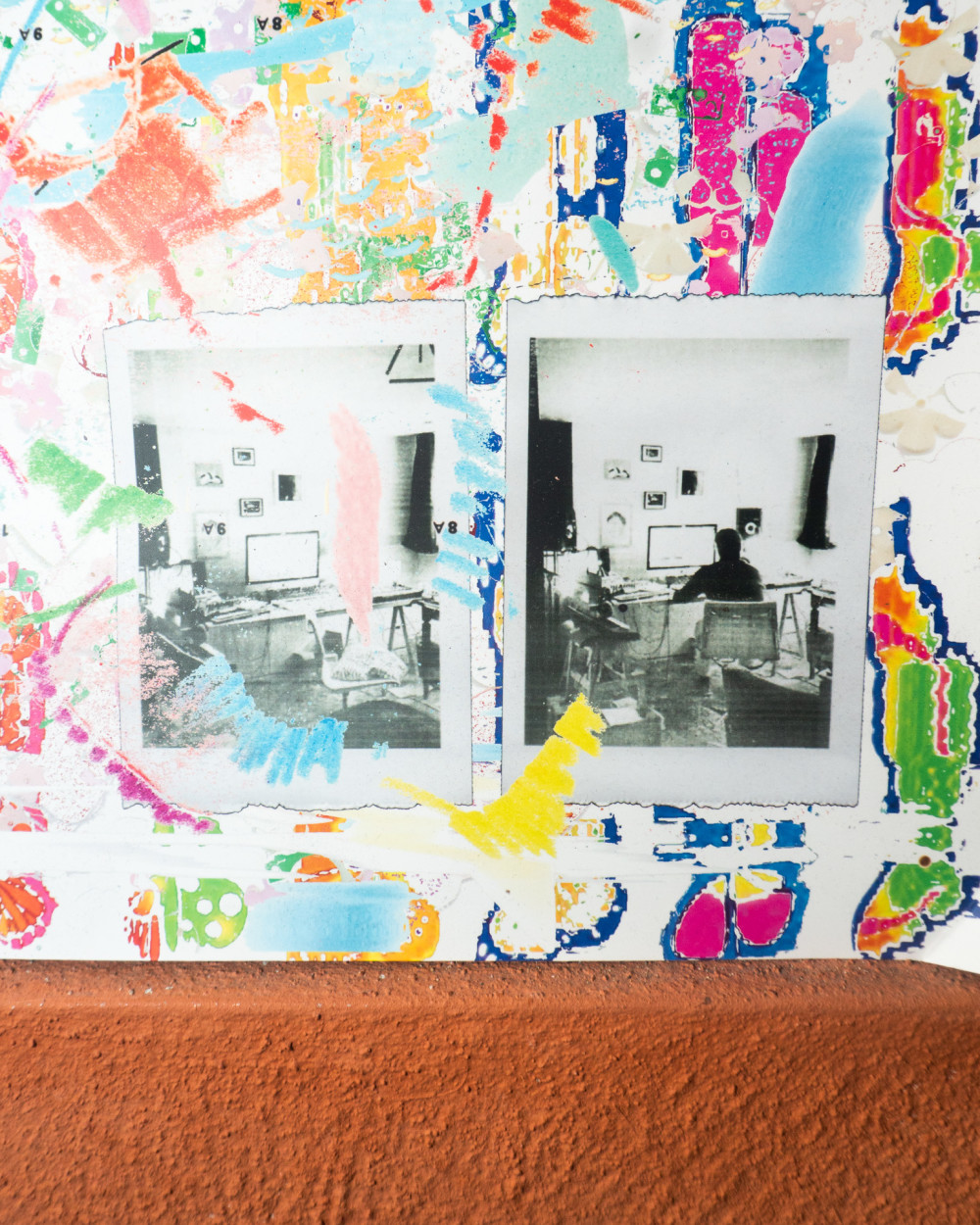 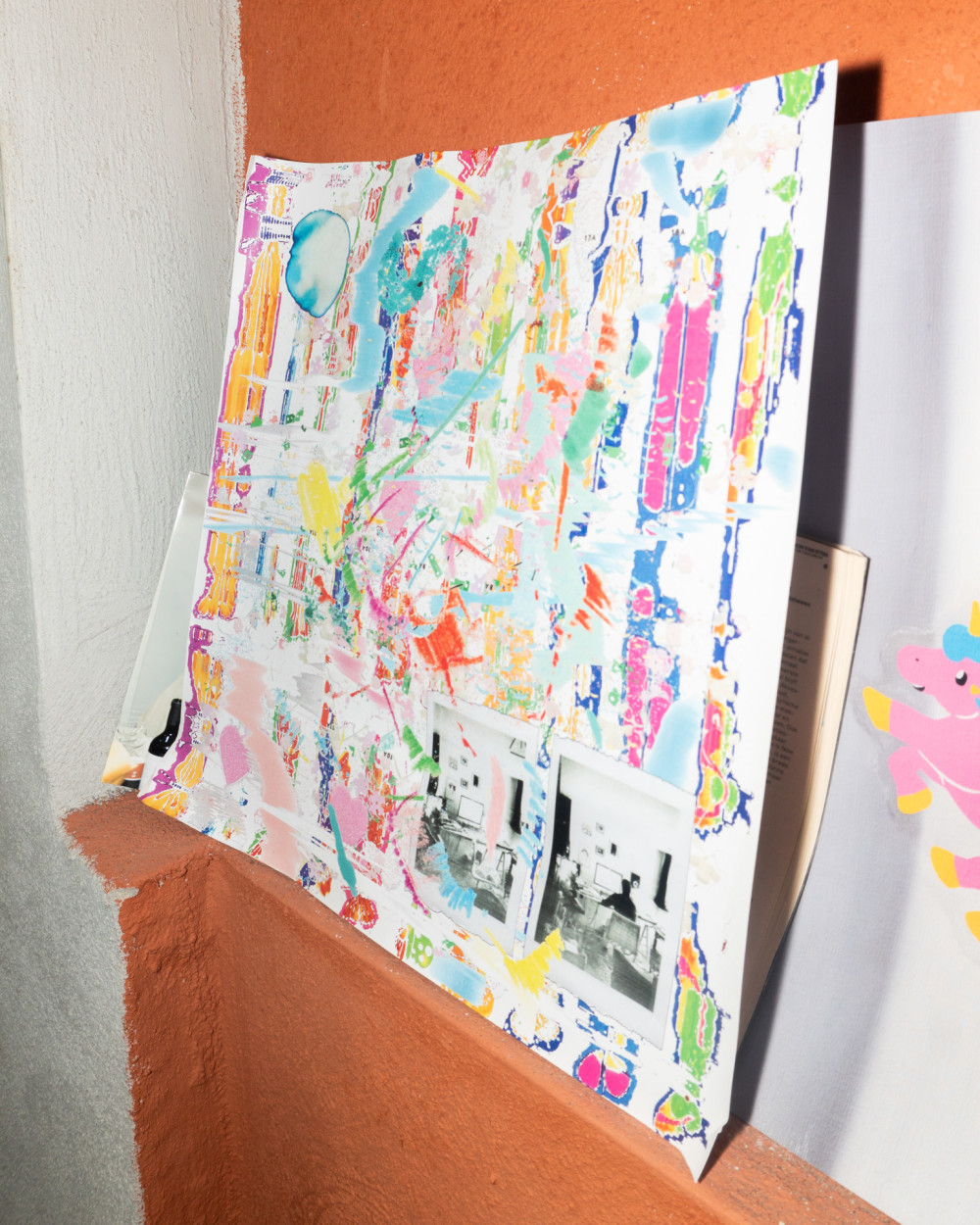 Would you recommend young producers to start their career with a soundtrack for a game?

Definitely, if such an opportunity comes across you should drop everything and go for it. But in hindsight, I must admit there have been quite some moments when anxiety kicked in or when I faced a writer’s block for several weeks in a row. I was astonished that the studio risked so much with investing into a young and inexperienced music producer such as myself. But I managed to grow through these moments and I’m still happy with the final result now, almost a year since the release.

You’ll be performing live at Listen Festival in the Witloof Bar at Botanique. What’s a Jennifur live performance like?

As it’s essential for me to give the music some depth in the form of a band, I’ll be live on stage with guitarist Michiel Ardaen and drummer Thibault Goudket. All tracks from my latest album have been redesigned for a 50-minutes-long show and music from my new yet to be released EP will also be performed. Honestly, performing live for an audience is a dream come true. I’m not classically trained as a musician, so working with musicians is very enriching. 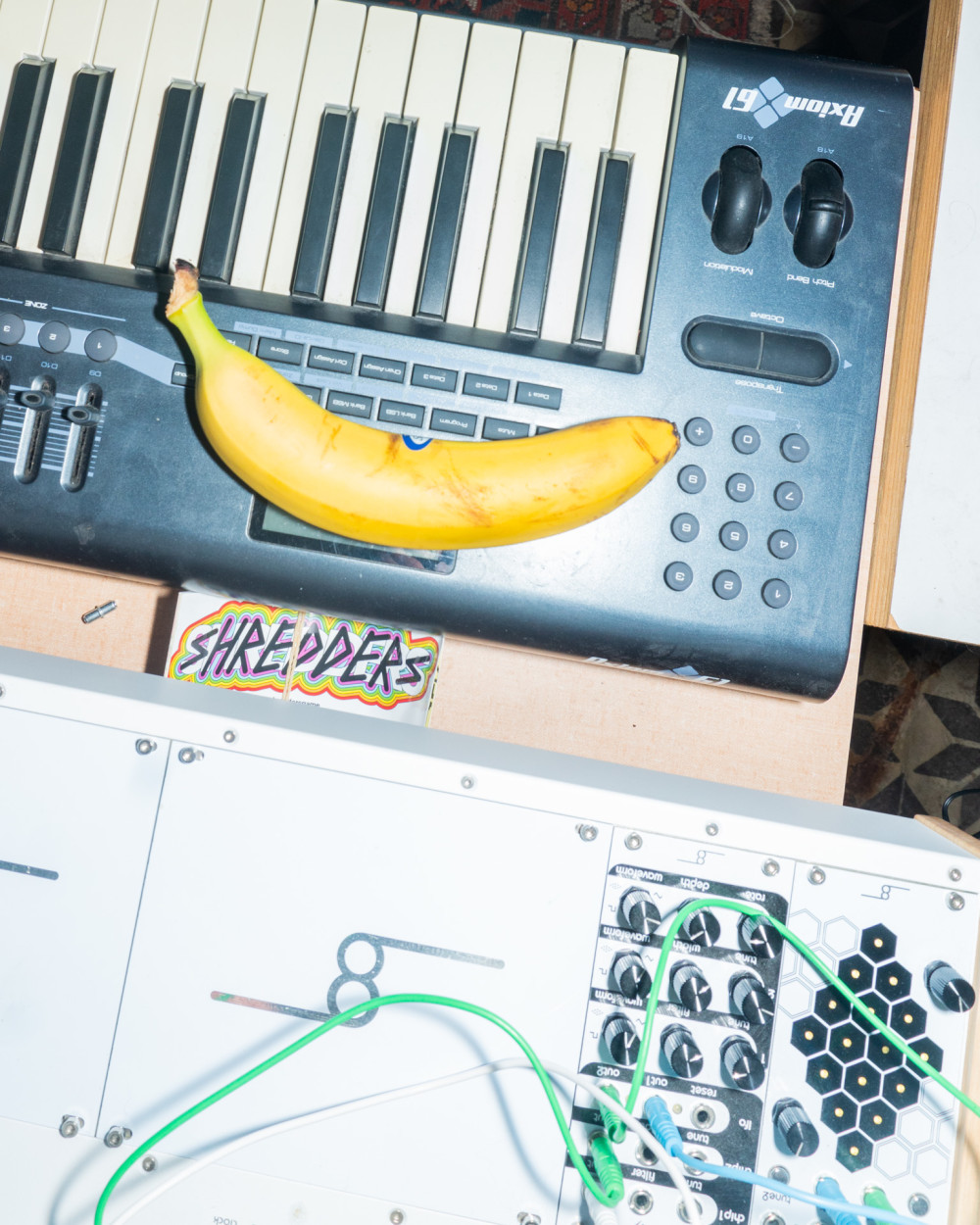 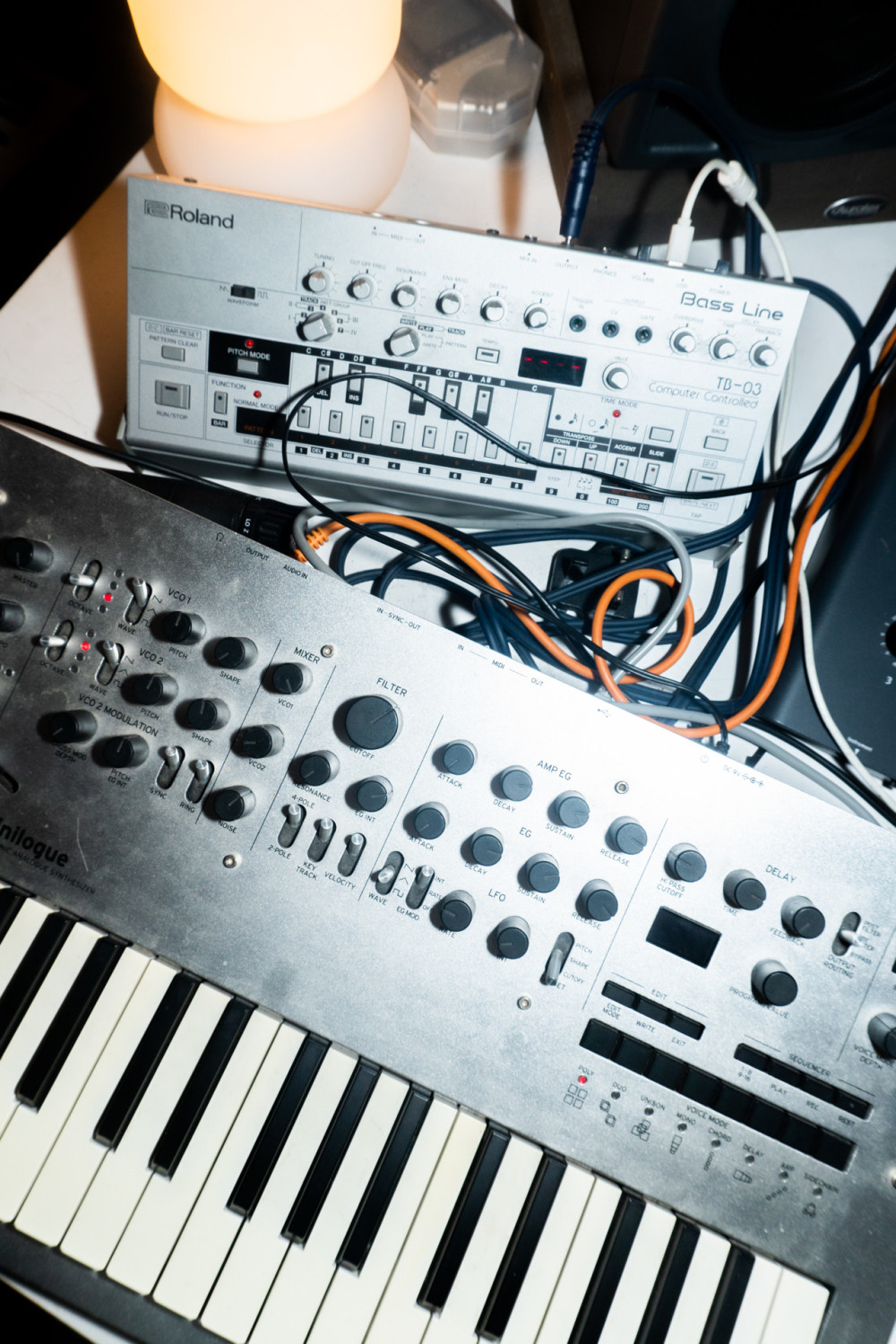 You didn’t enroll in music school when you were young?

No, never, although my mother always tried to push me towards music. I was more into sports and skating and didn’t pay attention to the bands that were cool at the time, such as Limp Bizkit or Red Hot Chilli Peppers. It took until my older brother and father had me listen to electronic music artists such as Aphex Twin, Crystal Castles, Burial, Four Tet and Mount Kimbie. I was instantly hooked. Not much later, I must have been 16, a friend introduced me to Ableton. I completely dived into the software and learned my skills on the fly.

What drew you to electronic music?

Any kind of sound, even nonexistent to date, can be created through electronic music and can trigger emotions. I find this process so unique and exhilarating. It’s exactly these kinds of deep emotions which I haven’t felt before and can keep on touching me for a longer period of time, I’m targeting when working on new music. 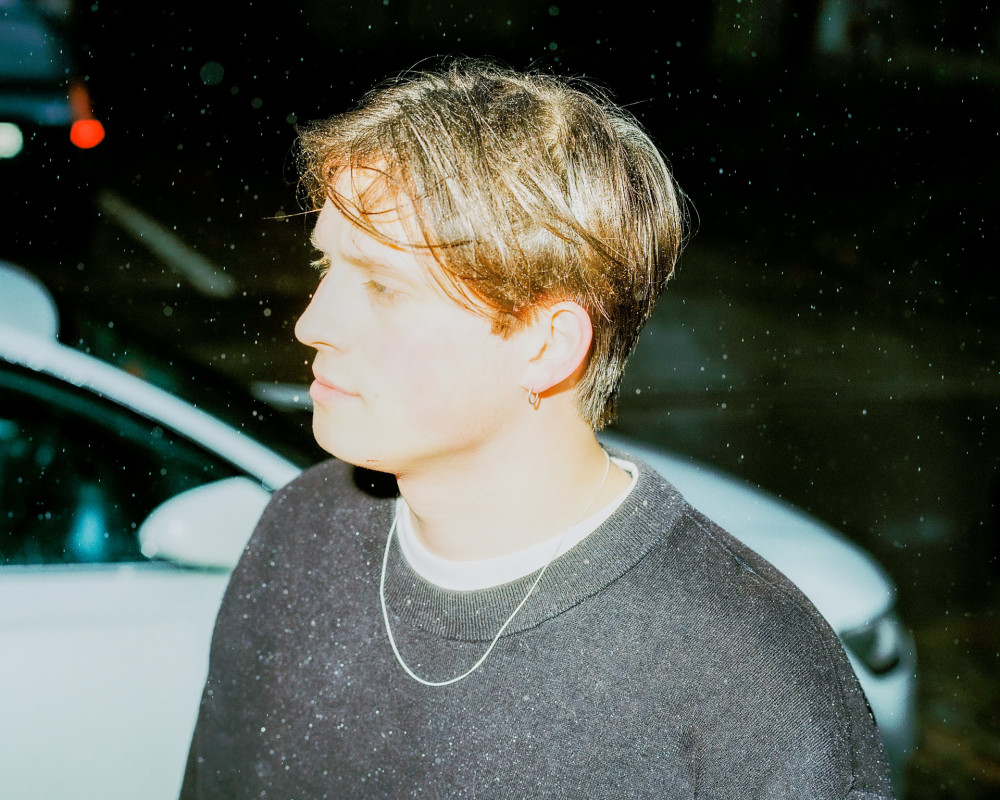 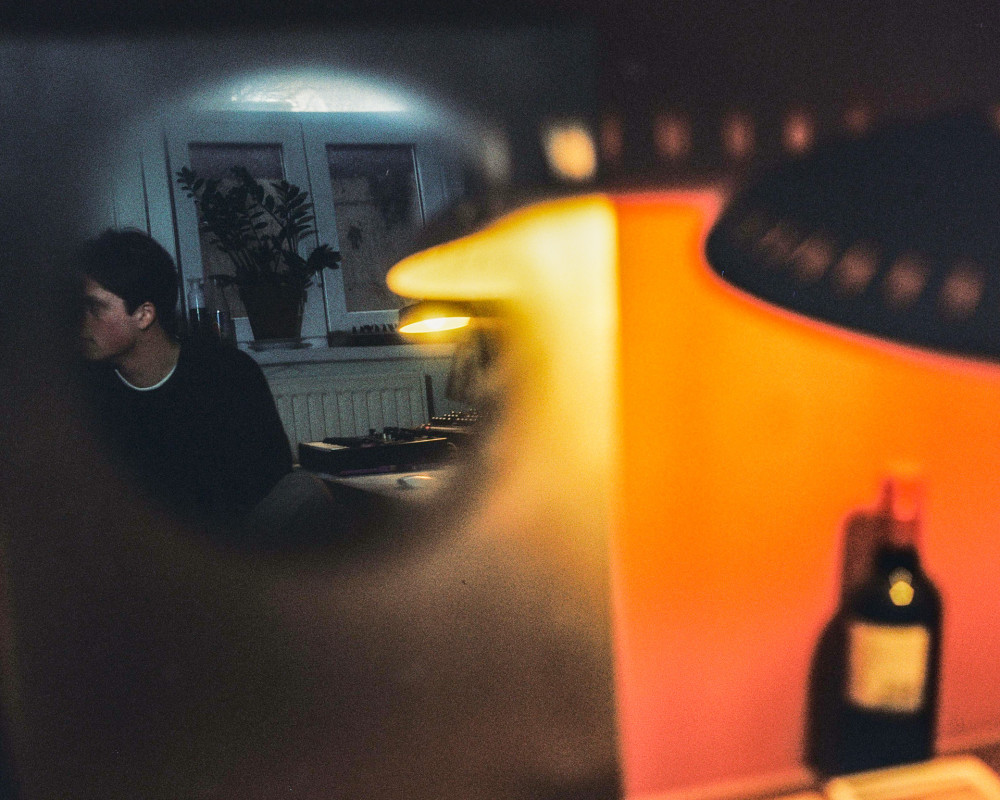 I noticed an album of Four Tet here in your studio and before meeting you had already noted him down as a clear influence for your music. In your words, why Four Tet?

Kieran Hebden is an extremely talented and inspiring artist. Since I discovered him, I have been intensely listening to all of his music. His early albums such as Rounds from 2003 that you see here in the studio or more recent albums such as New Energy are masterpieces. He continues to reinvent himself during all these years since he started releasing, which is truly remarkable, always incorporating new styles or techniques. 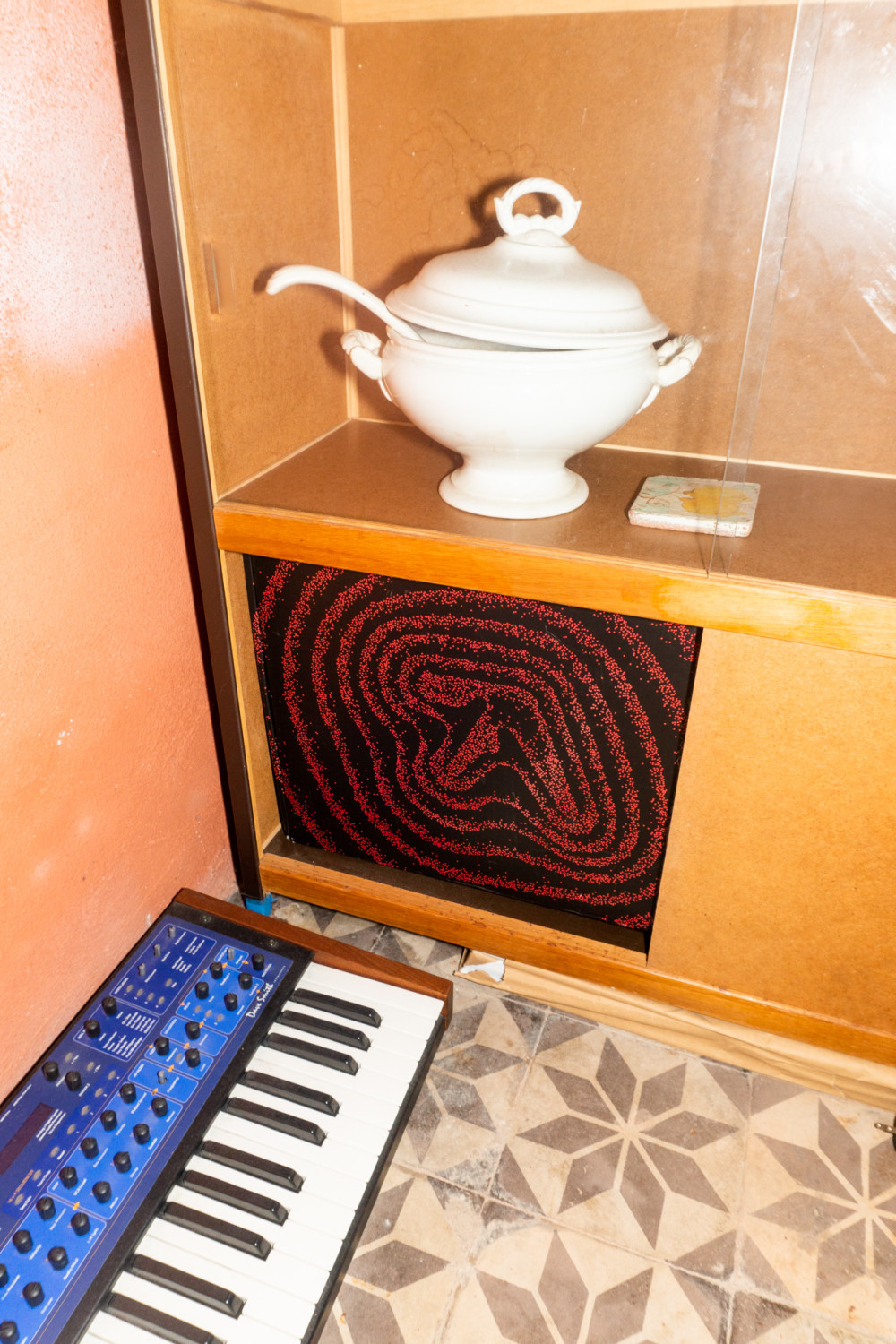 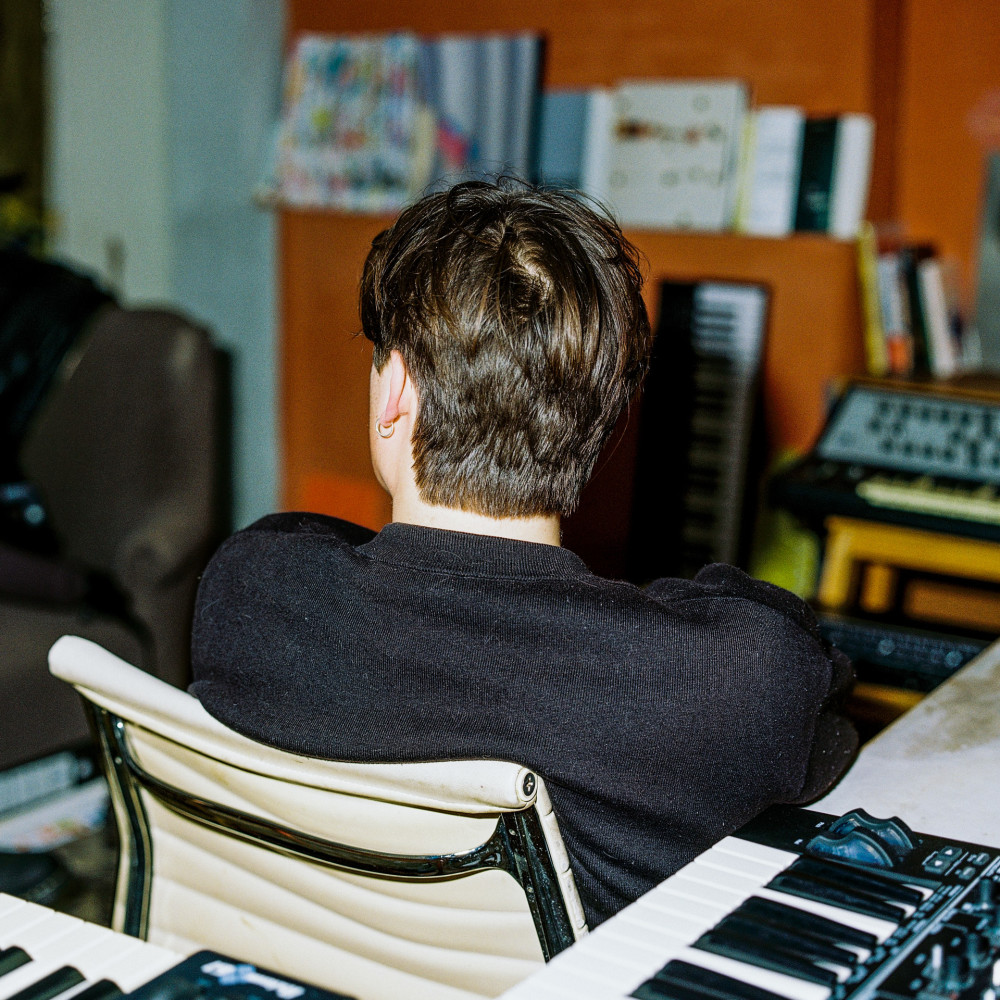 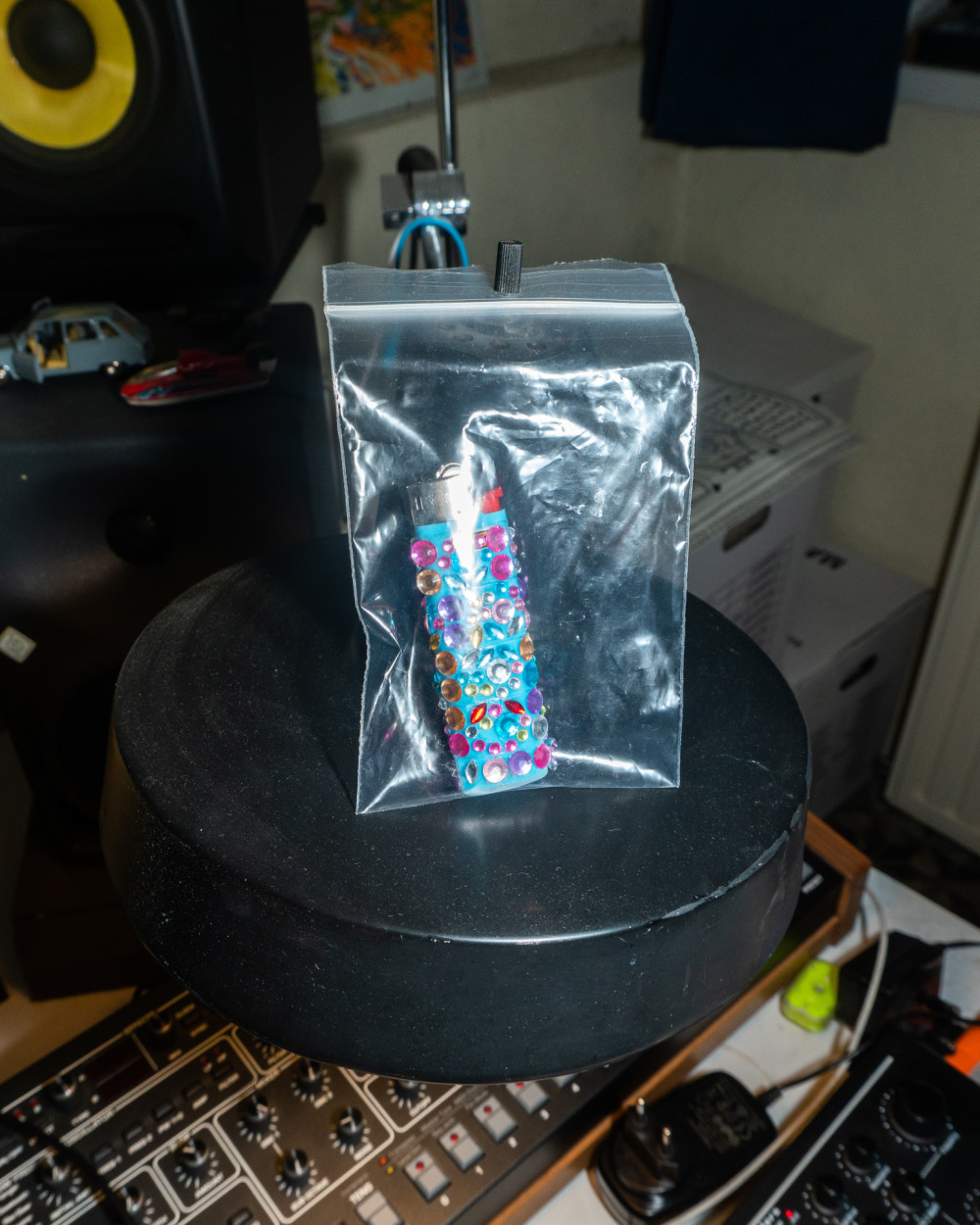 You released your albums with HS71, who are they?

HS71 is a collective I co-founded when I was studying at the university here in Ghent. Among a group of friends we often hung out at a friend’s flat in Hoogstraat 71, that’s where the name comes from, and felt creatively and musically connected. When two graphic designers and a manager joined in, it became some kind of audiovisual platform for several activities such as running our own label or hosting events, exhibitions and parties. And although I’m trying my luck for my next album with foreign labels, it’s great to have set my baby steps among friends.

Sounds like a good bunch! Looking forward to seeing you in Botanique during Listen Festival! 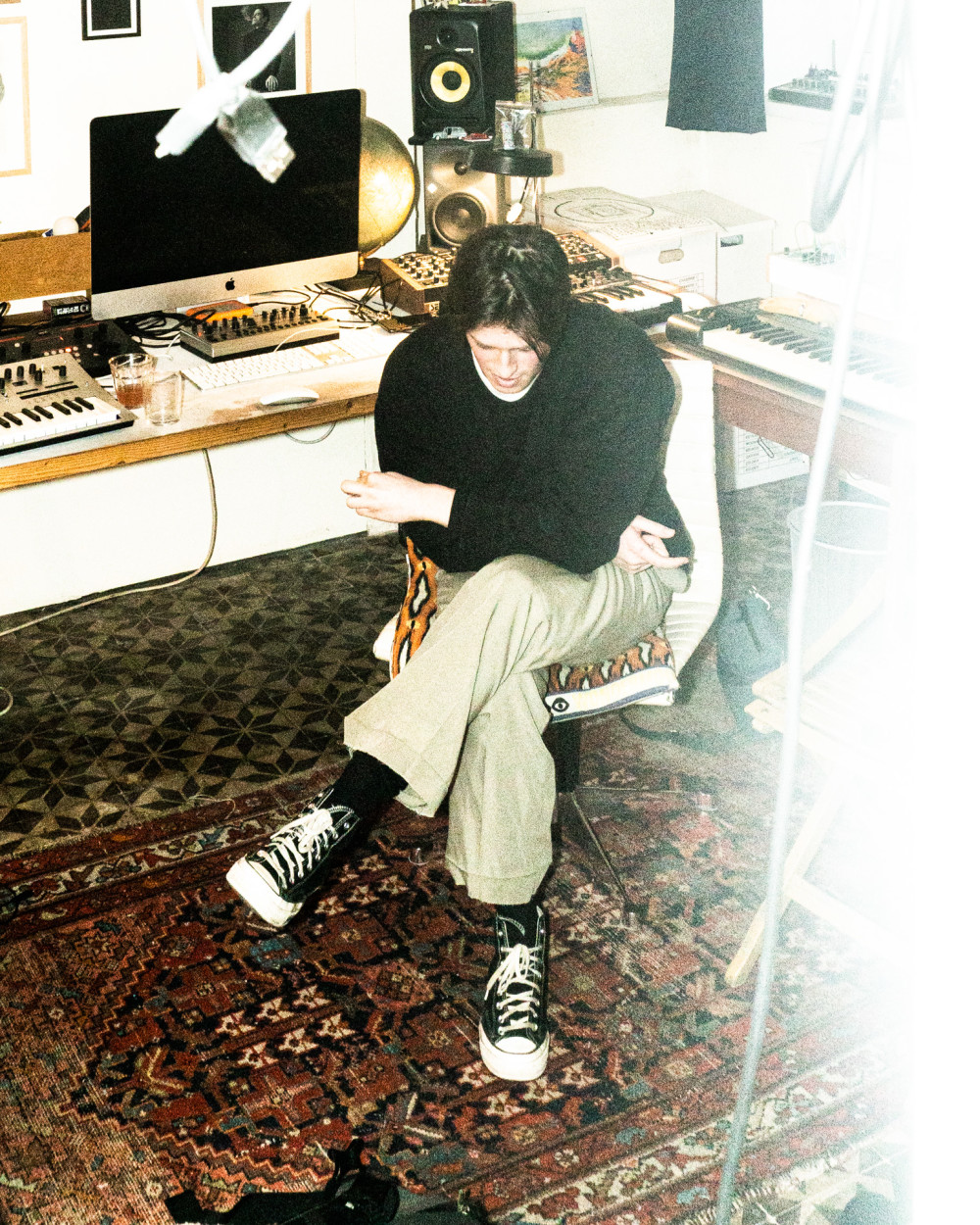