Discovered by Nicolás Jaar: the beautiful story of Antwerp based musician Dienne

The passing away of her grandmother during the pandemic and its digital and uncanny memorial service inspired Antwerp based Dienne to create ‘Addio’, Italian for farewell, her coping mechanism for an aching heart. The seasoned musician sanguinely shared the collection of songs with world famous musician Nicolás Jaar, who promptly released it on his label Other People as an album. A delicate blend of ambient sounds, choral voices and fittingly deployed instruments, ‘Addio’ is nothing less of a masterpiece. So we drove to Antwerp to meet Dienne and congratulate her. 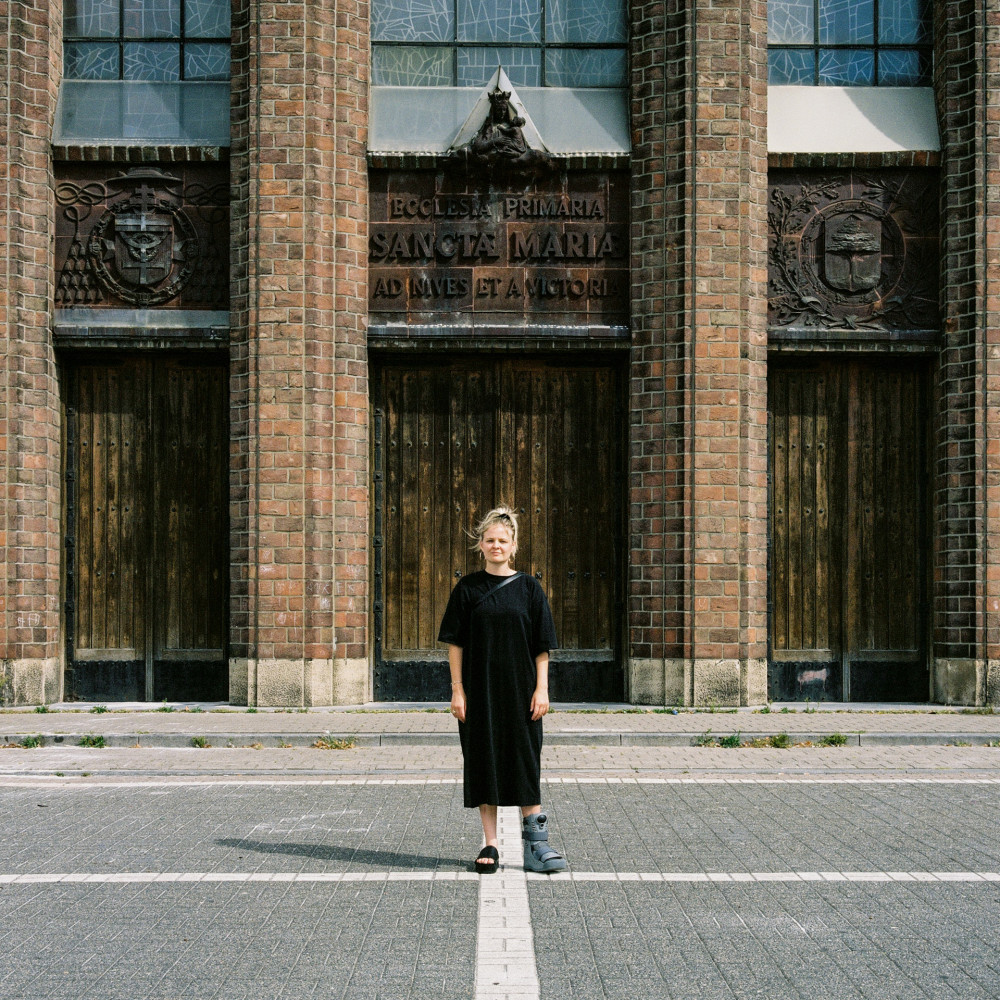 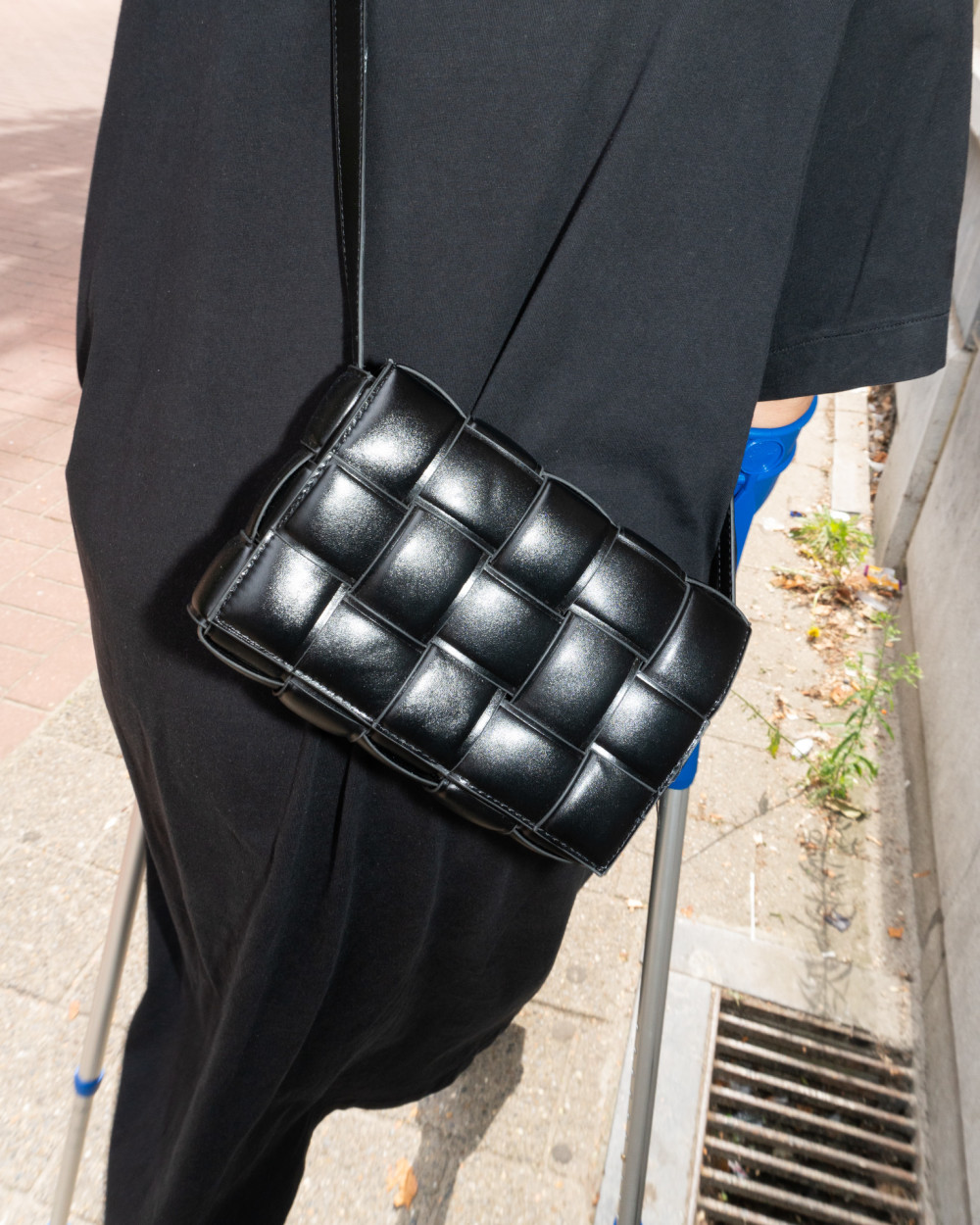 Based on the language used for your album and song titles, I assume you have a link with Italy?

Actually not really, apart from it being a beautiful country obviously; my boyfriend and I just spent our holidays there. But using Italian for my song titles is a reference to the Italian choral music we used to hear in church on Sundays with my grandmother and the whole family when I was young, of which I have fond memories. English song titles just never fitted my music, so once I stumbled upon these Italian titles it all made more sense.

Can you take us through the creation process of ‘Addio’?

My grandmother passed away at the very start of the pandemic, when the measures to halt its spread were very strict, when you couldn’t even leave the house for no reason. She leaves behind a family of about 70 people, having raised 10 children herself, so there was no way we could ever gather for a proper funeral. We were forced to deal with our grief in bubbles, unable to even spend time with my own parents, which saddened me a lot. At that point I started to write and work in the studio. The memorial service was streamed live over the internet, watching it here in the apartment was an event so absurd. I remember very well wanting to translate this eerie feeling into music, adding digital crack sounds made with bit crushers to the music. Simultaneously though the funeral had also been very touching and beautiful, so I recorded my voice into layered chorals. To translate the disturbing distance of the live stream I then created a darkish sound with my oboe. The result can be heard in the opening track of the album. Translating my emotions into sounds is something I often do as a way to deal with them. 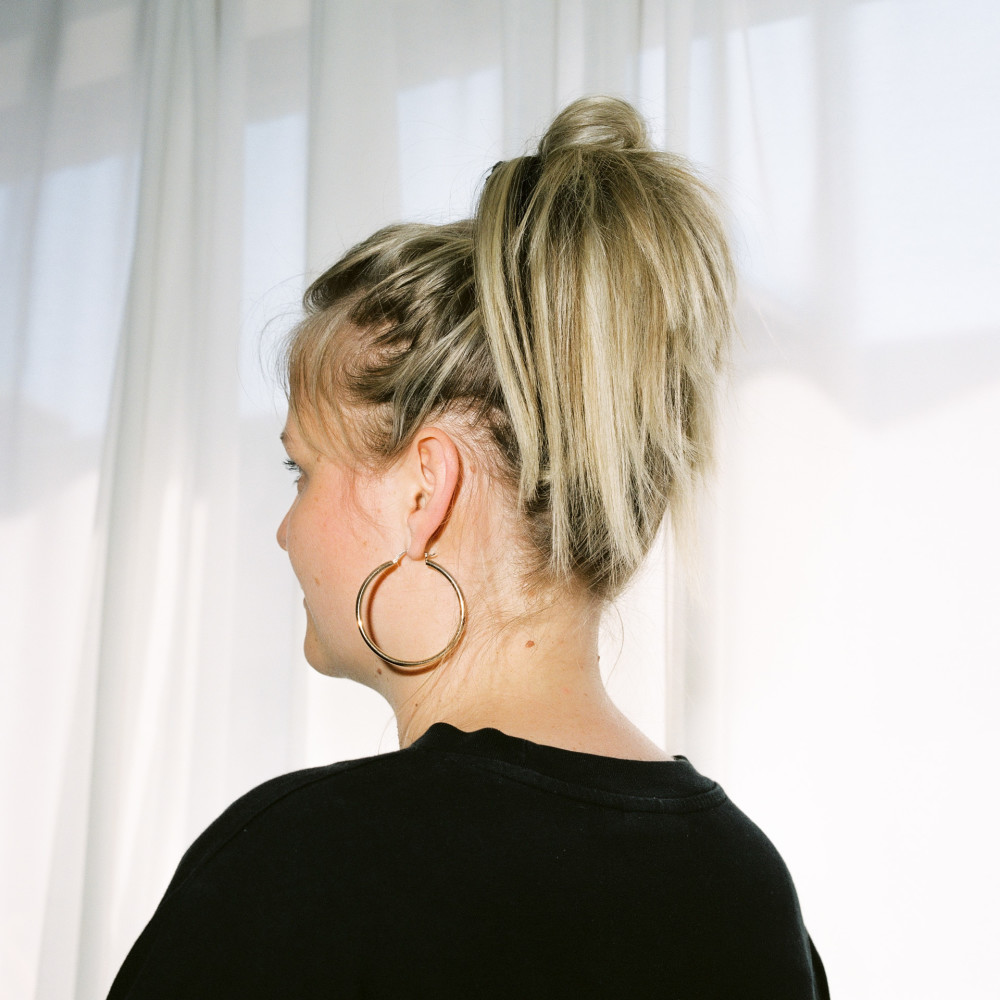 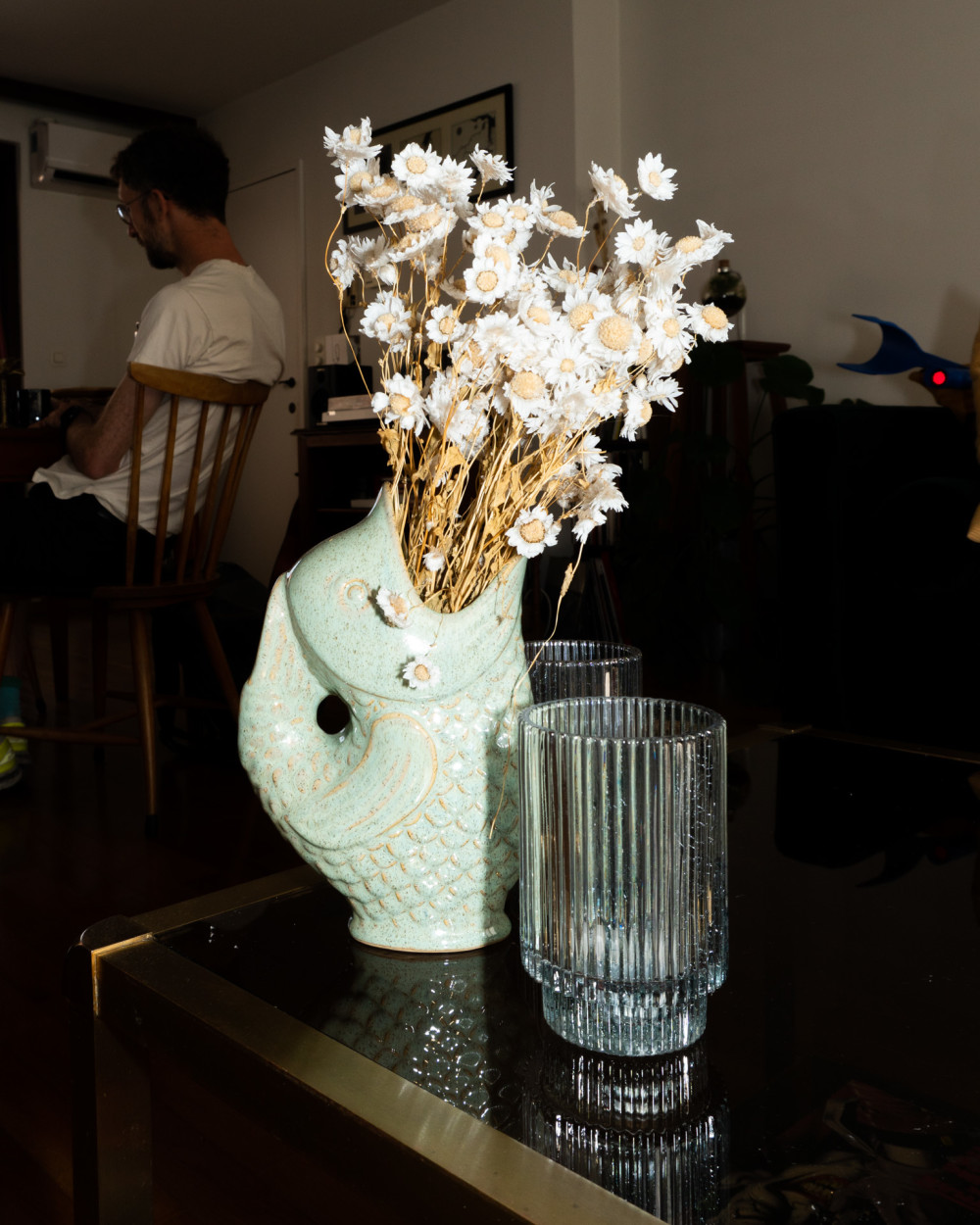 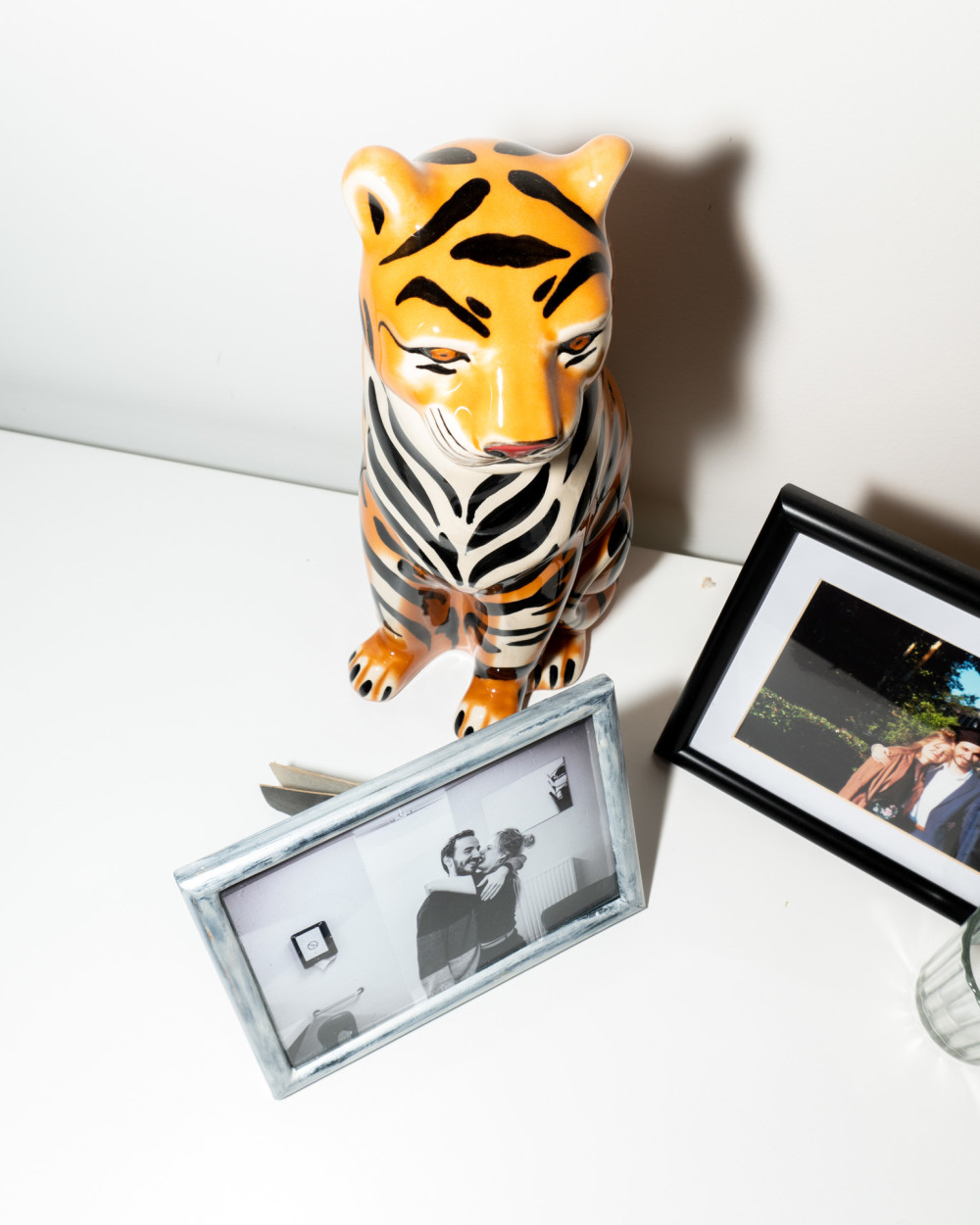 It serves as a personal diary, where you leave behind your emotions to cope with them?

Definitely. All songs and sounds are linked with particular emotions from that period and helped me to process them. ‘Ti Saluto’ for instance was made as a warmer replacement for the pragmatised greeting ceremony, once again a consequence of the pandemic. I don’t walk into the studio with a crystal clear idea though, they are the organic result of an intuitive music making approach.

The oboe plays a vital role on ‘Addio’. When did you start playing it?

Around the age of seven, it was my first instrument ever. For a long time I truly cursed the oboe, it takes such a long time to actually get a proper sound out of it, the first five years you’re only imitating a duck. But I’m very happy I carried through. Music has always been an integral part of my youth, my parents and brother and sister are also musically trained. 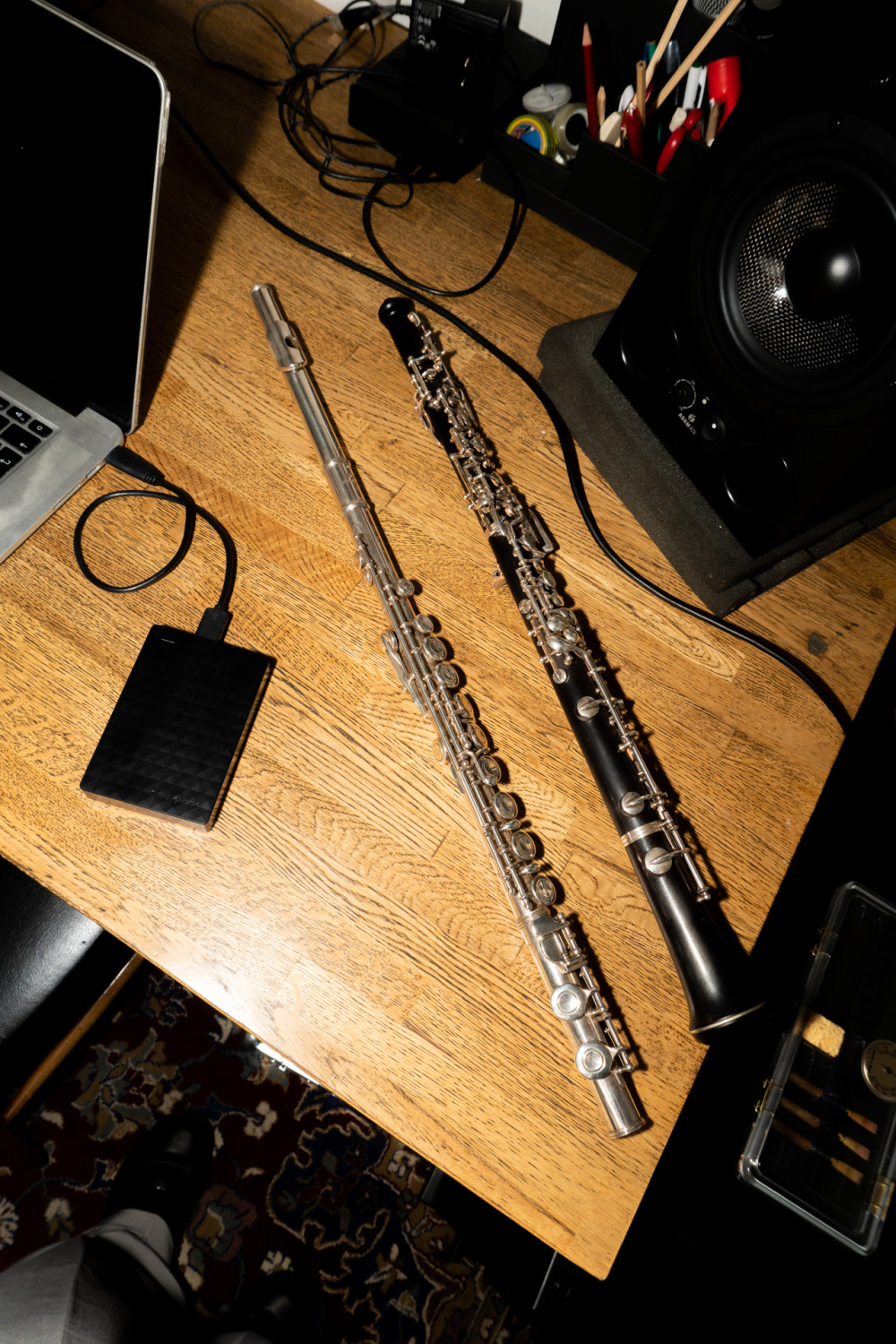 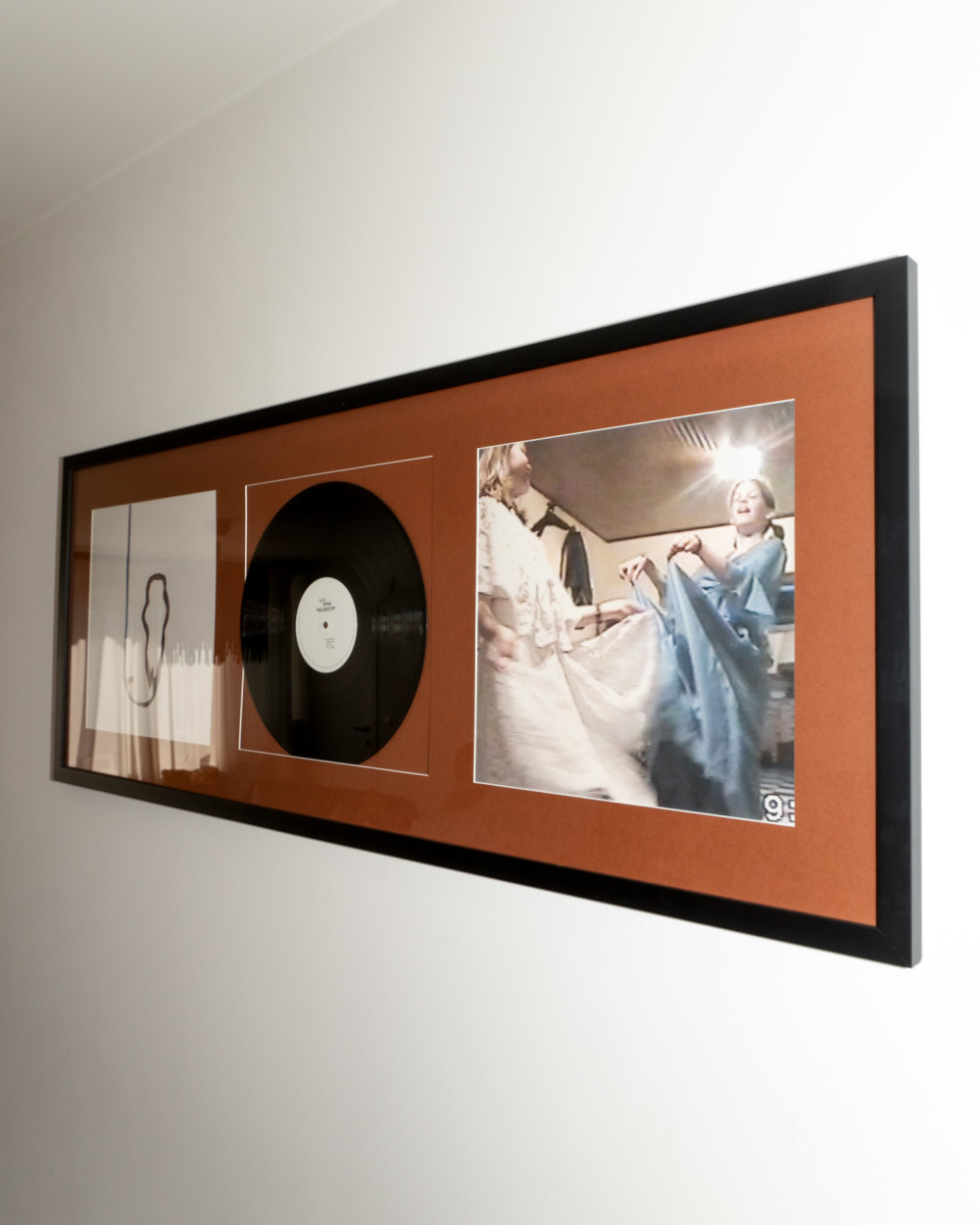 And when did music get more serious for you?

My brother had a serious accident at a young age and our house had to be renovated for wheelchair use. In the midst of the practical shenanigans that came with this - we had to go and live at my grandmother’s for a while - my sister and I discovered my father’s old instruments such as a synthesizer. We soon found out that music helped us deal with our struggles. Later we started our own band called Lili Grace, where my sister & I focus on songwriting with keys and vocals. I also enrolled at the pop and rock school PXL in Hasselt.

Are you able to make a living out of music?

Yes, I can. Next to our band and my solo work, I work for theater, dance and movie projects and I have a part-time job at PXL, teaching singing and band projects.

How is the response to the release of Addio?

Incredible! I've been in seventh heaven since the day of the release, really. Everything related to the album has just been a bliss. 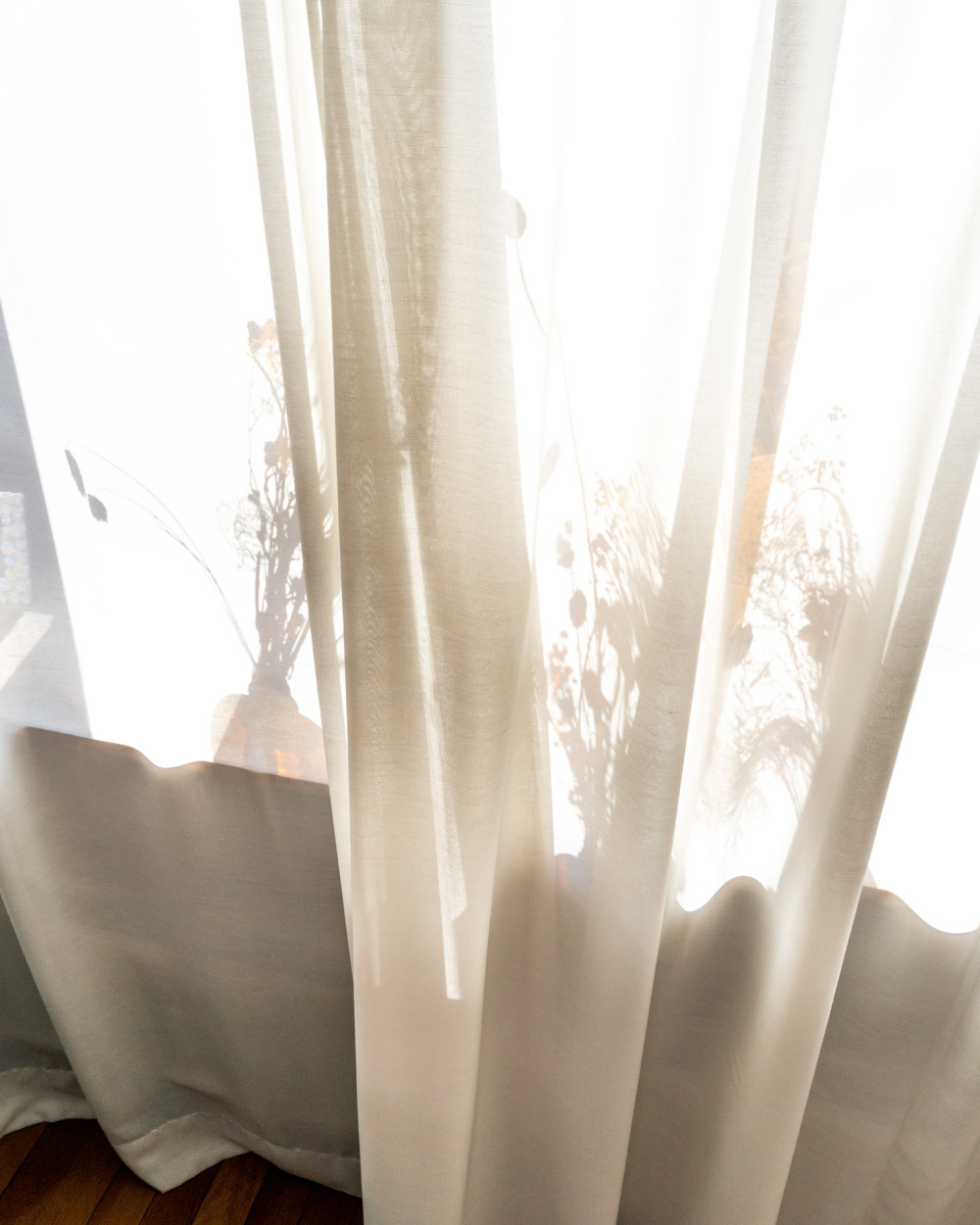 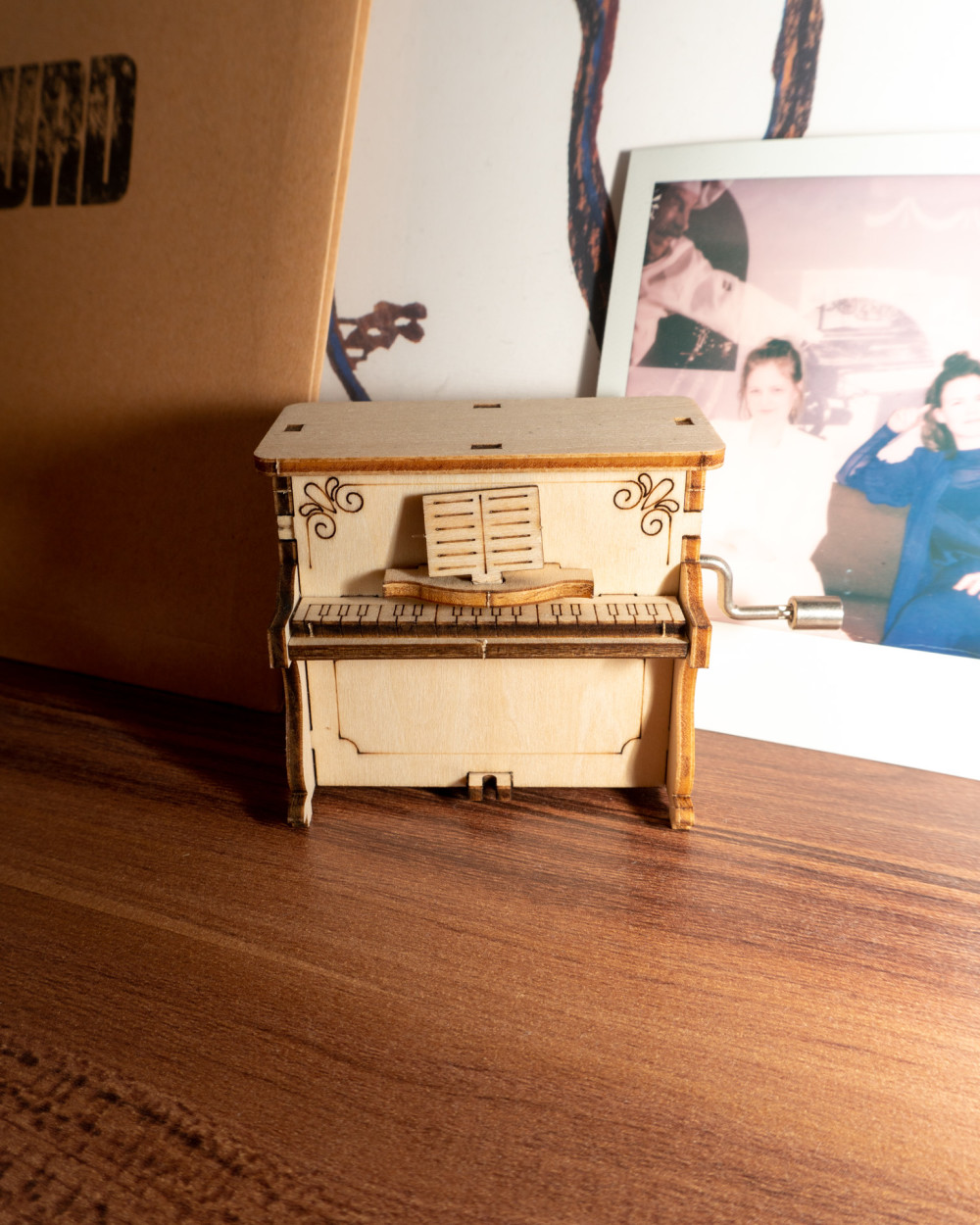 How did you get it released on Nicolás Jaar’s prestigious ‘Other People’ label?

During the pandemic and while working on my music, I had been intensely listening to the ‘Other People’ discography. In my wildest dreams my music was destined for the label, so I simply sent Nicolás a message, since you never know until you ask. For the first three months nothing happened, but all of the sudden I got an email from him, I remember seeing the message while teaching and being all blown over. He expressed his gratitude for sending him the music and how much he liked the music and the story behind it, so we soon got into a call. He convinced me to release the music as an album by the way, I had always considered the songs as two separate EP’s.

Who else is credited on the album?

Sander Stuer helped me finetune the synths, mixing and delicate EQ’ing of the oboe. My sister wrote a piano piece and musician Adriaan De Roover assisted in adding reverbs. Finally Gert van Hoof did the mastering. The beautiful artwork is by Other People’s designing team Africanus Okokon and Maziyar Pahlevan.

You have already performed a few concerts as Dienne, at Botanique among others and I see more shows coming up on your agenda with an album release show in Het Bos in Antwerp on December 1st. How do you translate the album to a live performance?

It was quite the challenge to get it right! Much of it starts with live looping of my voice and instruments such as the oboe and flute, adding some effects to it. Next to this I play the keys live and add a small number of sounds from tape. The whole idea is to remain as free as possible during the performance. You won’t hear other songs apart from the album for now, but I keep my options open to extend certain parts of songs, to improvise or to react to the audience. Performing live as Dienne is definitely also a process in motion. 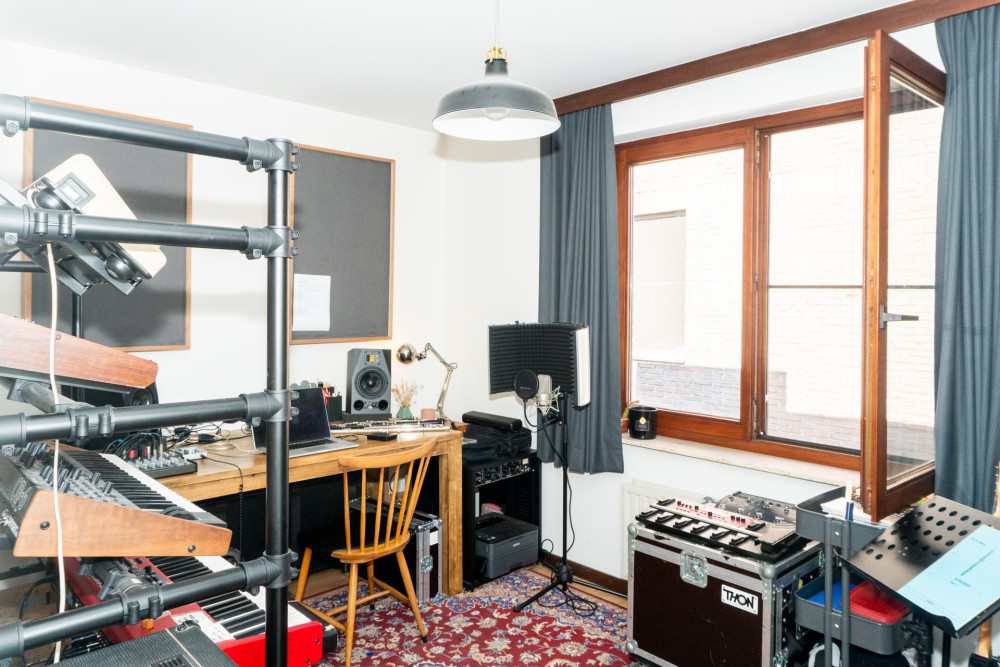 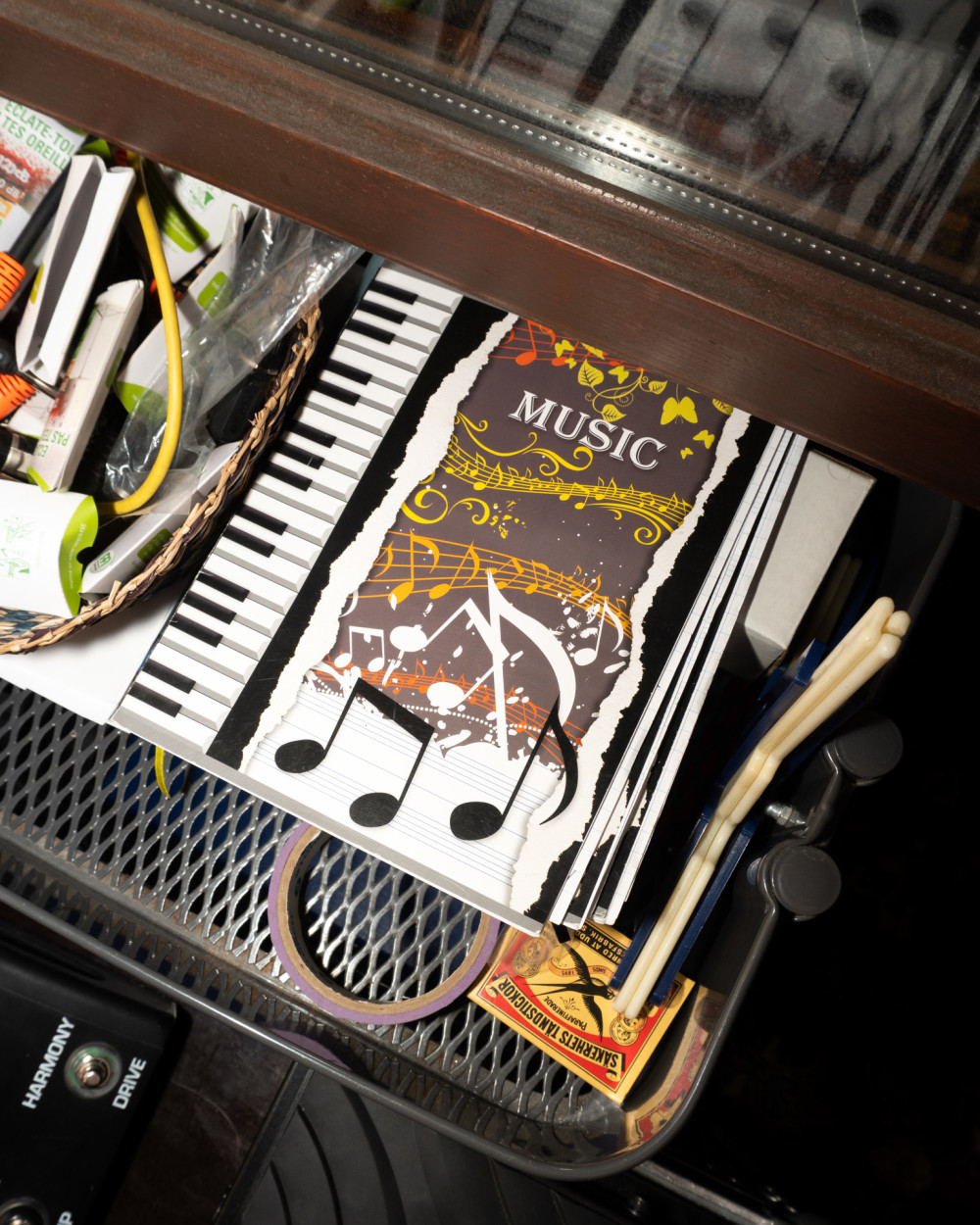 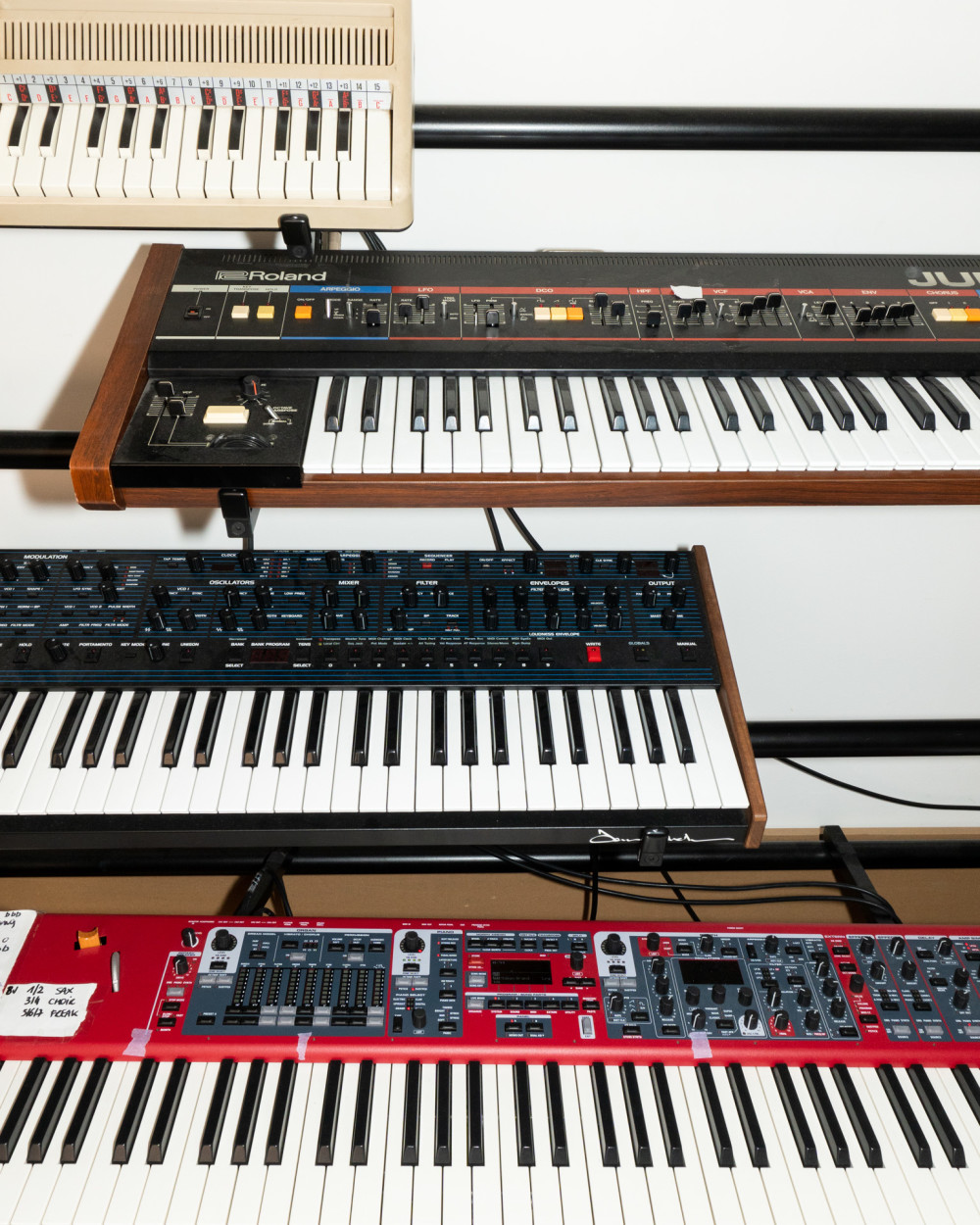 What’s coming next for you?

With Lili Grace we just finished writing our second album, which will be recorded early 2023. And solo I’m working on music as well. !K7‘s sublabel 7K! asked me to create my take on ambient music for their annual compilation, an assignment I happily accepted. And I have more music ready that I would like to prepare for a possible release. Generally I’m excited to continue exploring this utterly personal path, something that Nicolás Jaar also explicitly encouraged me to do. 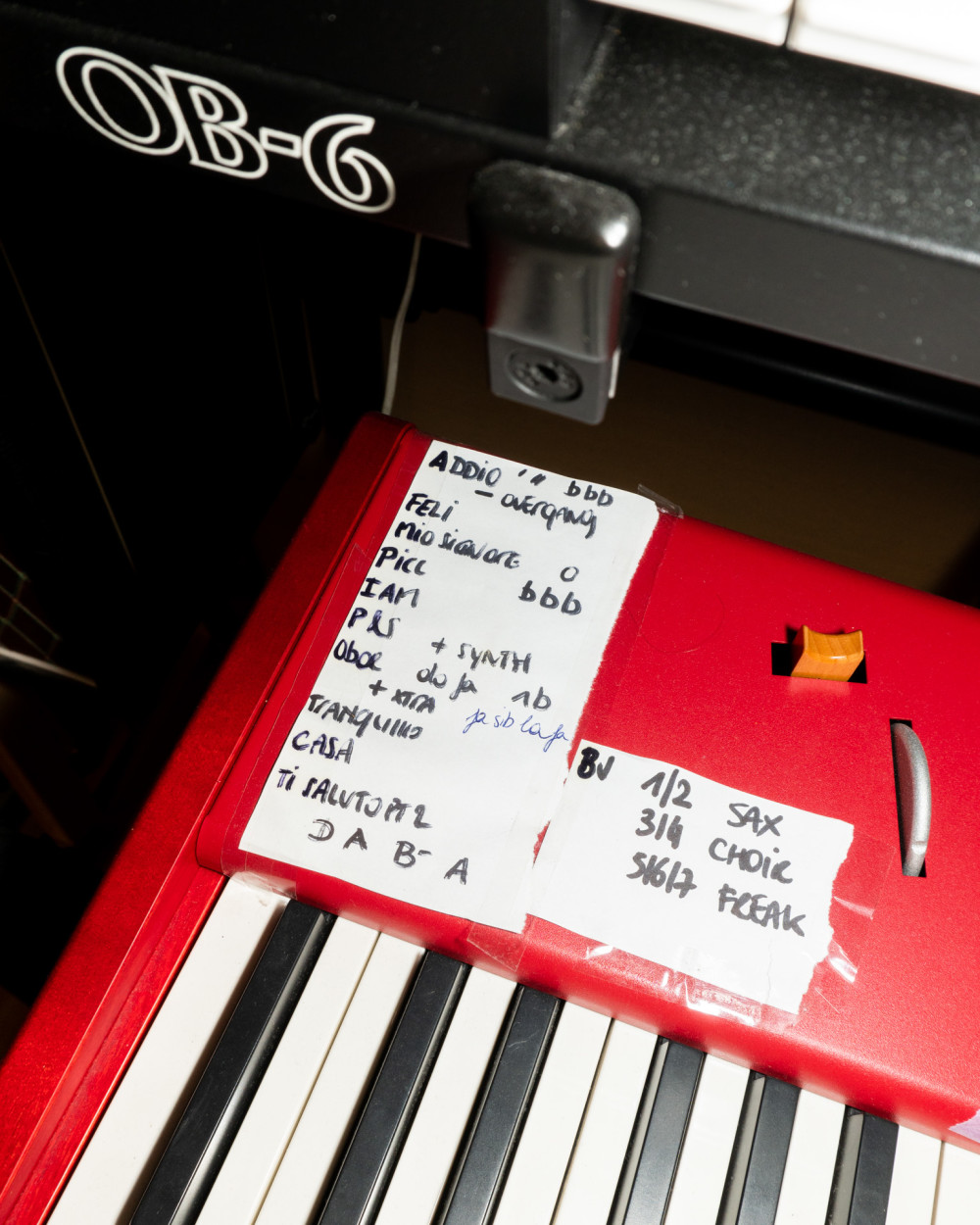 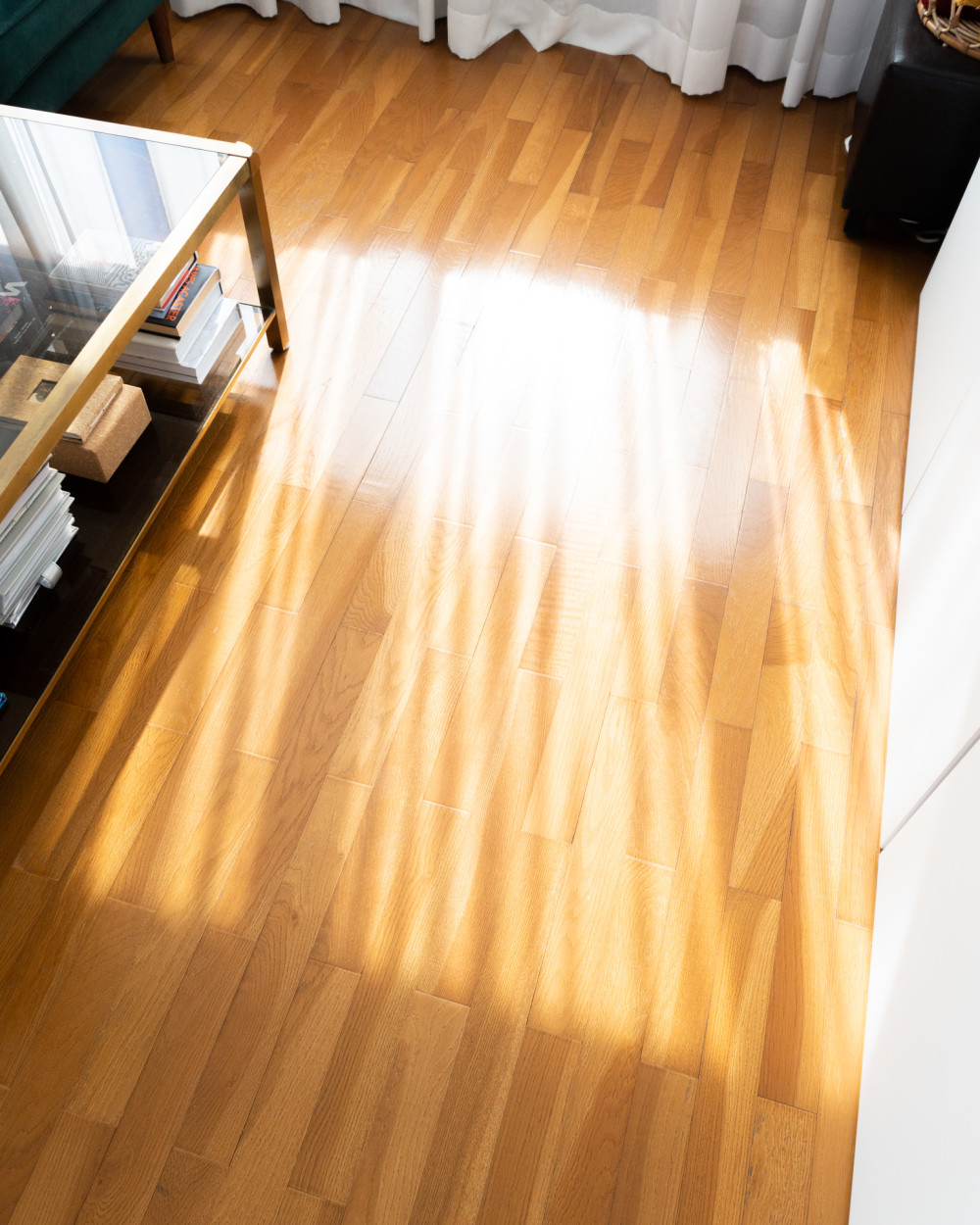 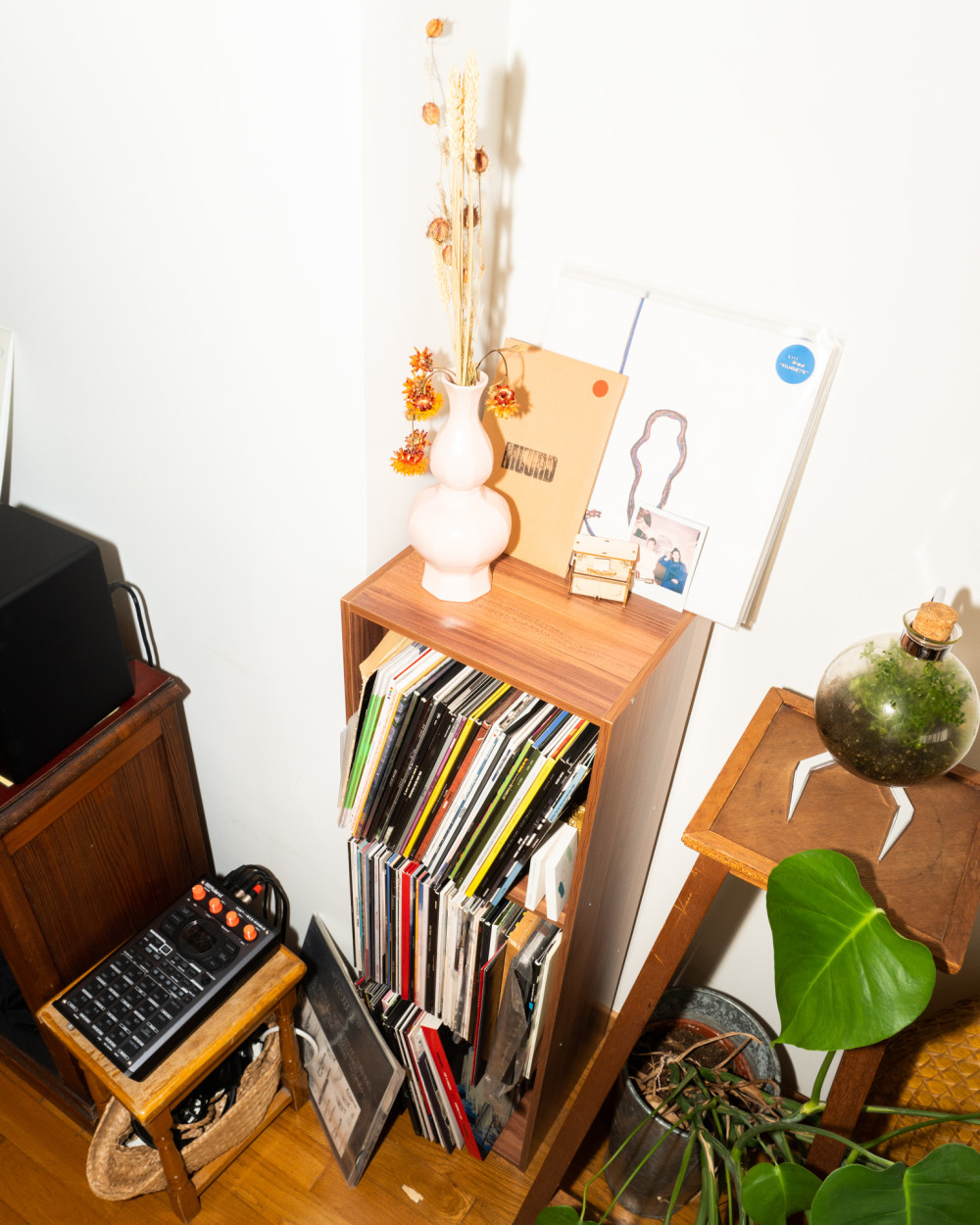 Looking around in your apartment, I see a vinyl collection and turntable located at a central place. What are you listening to lately?

It’s a collection I share with my boyfriend, he is the most active record buyer to be honest. Here is a compilation album called Noises released on Cortizona, that I will probably sample for the ambient track I’m working on for 7K!. This collaborative album by Floating Points and Phaorah Sanders is so good. Furthermore we listen to Flying Lotus, King Krule, Marvin Gaye, just to name a few. We are huge Kanye West fans and have a lot of Other People records as I mentioned earlier. Lately I’m discovering experimental hip hop bands such as Death Grips, one of my boyfriend’s favorite bands. They create experimental sounds that seem to come from the future and use plenty of storytelling in their music. Amen to that.

Thanks for the tips and the lovely conversation Dienne! 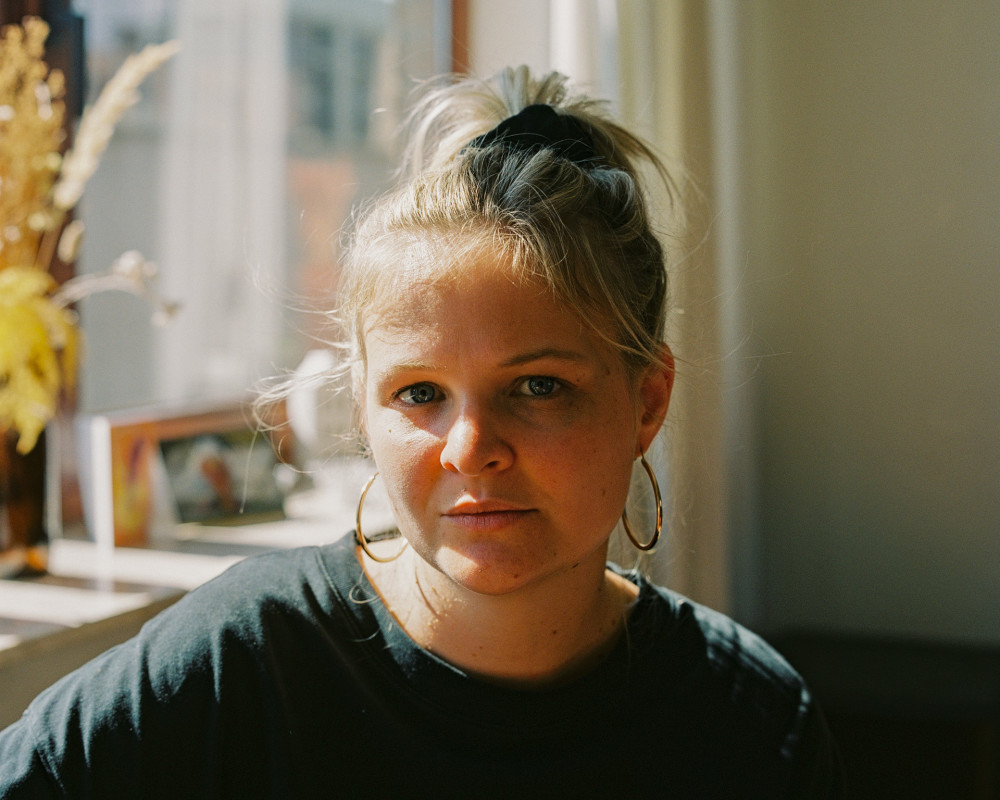