Clara!’s punk and feminist reggaeton conquering the world from Brussels.

Having arrived in Brussels about eleven years ago, Spanish producer, MC and DJ Clara! brought a whole new sound to the city. Her fresh take on reggaeton, a genre that originated in Latin-America in the 1980s and for ages was overlooked in western music scenes, is surely remarkable due to her punk and feminist attitude and a unique blend of revolt, humor and plenty of other musical references she adds to the genre. Solo or in collaboration with artists such as Pearson Sound, Low Jack, Le Motel and Maoupa Mazzocchetti, Clara! has over the past few years been serving a string of well received releases to the world, helping to push her name in the global underground music scene like a gust of fresh air. Curious as we are to find out what position Brussels holds in her story and just simply to get to know her better, we took our bike all the way to Volta in Anderlecht where she rehearses and prepares her upcoming live performances. 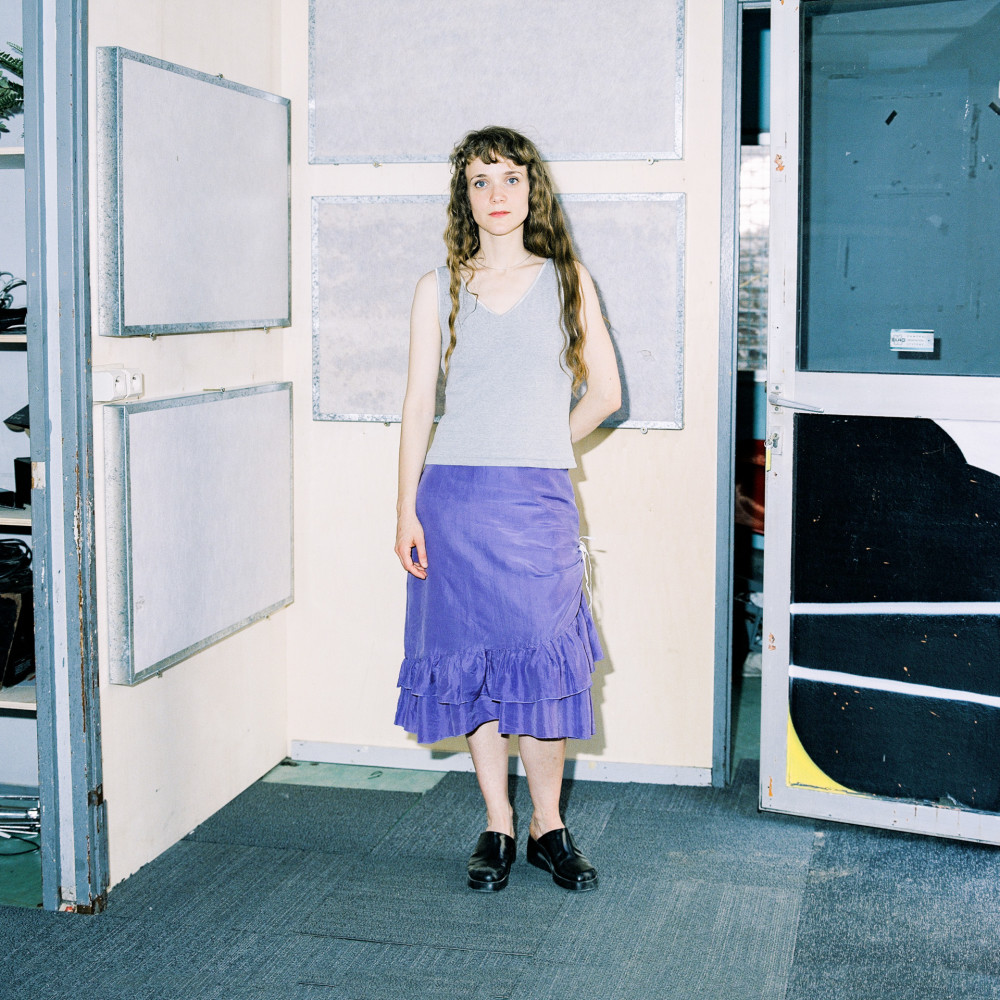 Hello Clara, thanks for having us!

What are you working on for the moment?

Lately I have been DJing a lot and since I often play in Brussels, I put much effort into reworking my sets everytime again. I have a few live concerts coming up as well, including an important one at Dour Festival where I’ll be taking two dancers, Jhaya and Romain Lecharlier, and Rrita Jashari as a DJ with me on stage. So I want us to be well prepared for this big moment. I’ll be singing on other people’s productions, on tracks by Pearson Sound, Low Jack, Maoupa Mazzocchetti, Tera Octé, SKY H1 and Le Motel.

When did you find your voice as an MC?

I was already DJing for a while, when my friend Maoupa Mazzocchetti came to see me play. He proposed to collaborate in the music studio and convinced me to take the mic, arguing that he saw me singing during my DJ sets. It’s not that I was really using my voice or a mic, more like enthusiastically dancing and mimicking the lyrics. He was sure that it would work, so at the end of 2018 we did our first gig together in Beursschouwburg, my first one as an MC. At first I was quite nervous, but it went well after all. Remembering all the words is quite the challenge, but I’m not scared to take the stage.

How did you end up in Brussels?

I enrolled for the master program at L’École de Recherche Graphique and never left. Hailing from the northwest of Galicia in Spain and after studying Fine Arts in Spain, I had no clue what to do as a depressive lost babe. My mother is French and tipped Brussels as a good destination for me, since I speak French. Moreover my grandfather René Heyvaert was a Flemish artist, so I felt some kind of connection with this country.

And when and how did you slide into music?

At the end of my studies a classmate organized a party in a student bar in Schaarbeek and invited me to DJ. It was the start of this new wave of soundcloud DJing and I really enjoyed what was going on at the platform in those days, a very contemporary sound. There was already some reggaeton to be heard, but not so much yet as today. 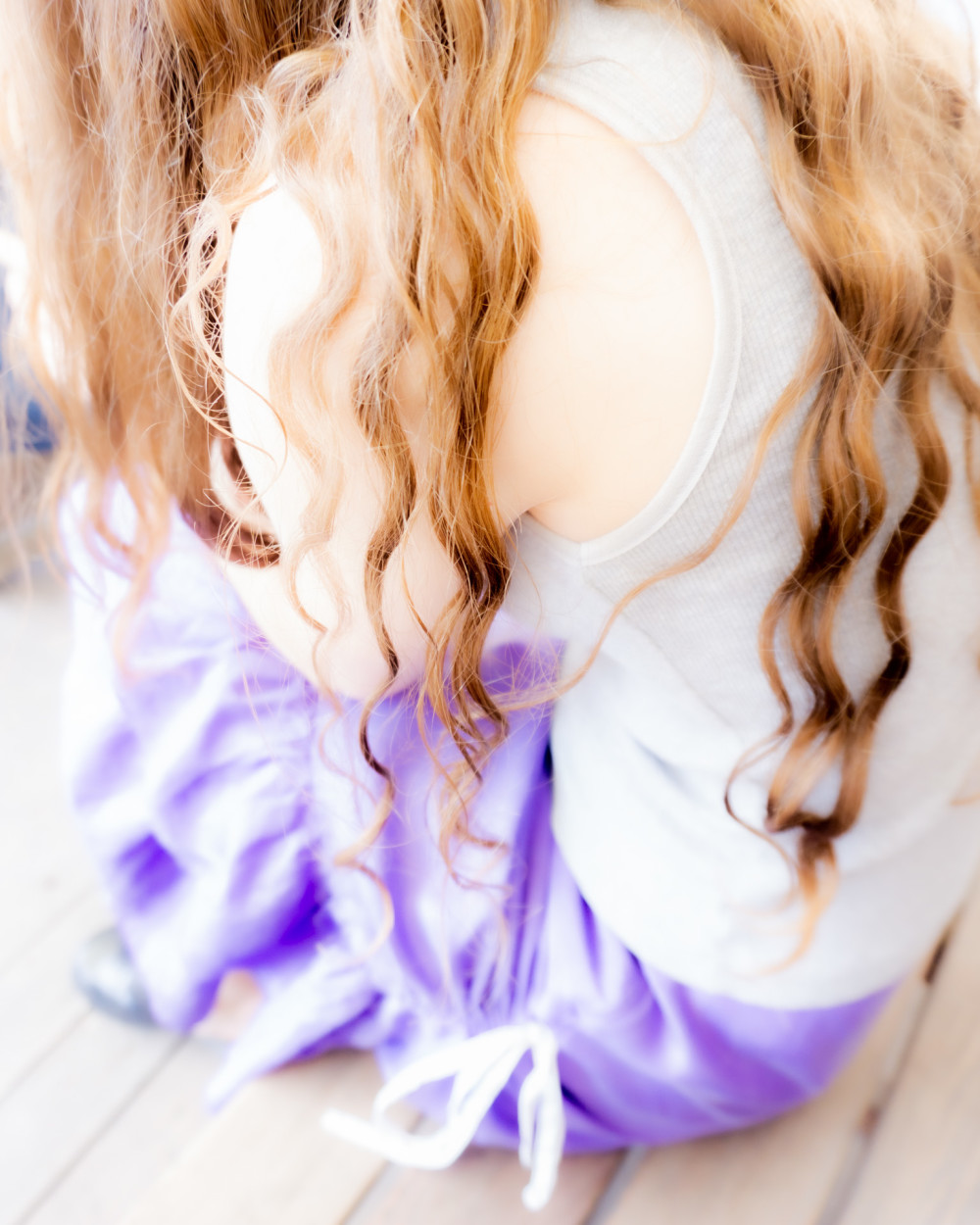 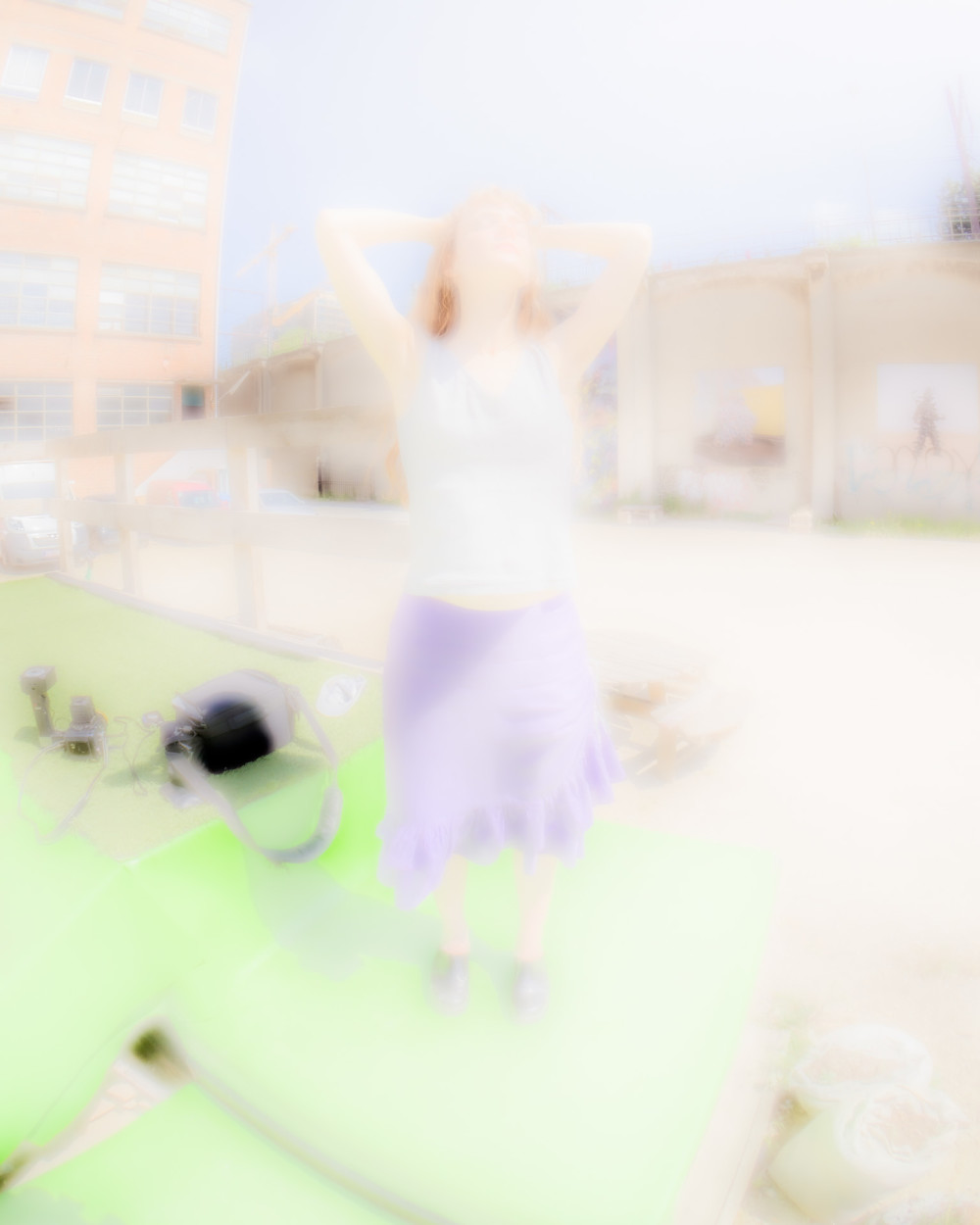 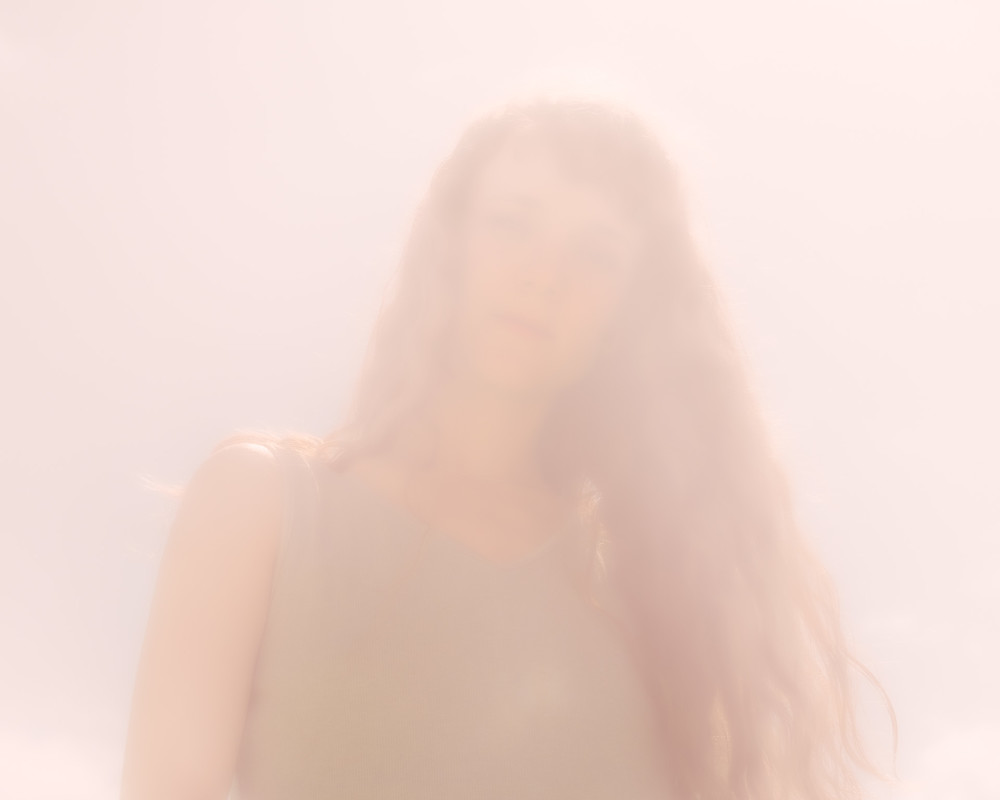 Your mixtape for TRAX opens with a Spanish & French singer and I don’t hear much English vocals in the music you select for DJ sets or mixtapes. That’s on purpose?

Spanish and French are the languages I feel most comfortable in, that’s a fact. Besides I find English a language so omnipresent already, that I feel more attracted to other languages. At first I was a bit hesitant, to mostly rely on a language that many people don’t know well here. But everyone understands that the music is sensual and that’s the key. (laughs)

An interview you and Maoupa Mazzocchetti did with music software Ableton titled you as “Reimagining Reggaeton”.  What do you keep from the original reggaeton and what do you alter?

First of all there is the choice of producers I collaborate with, all coming from the club or experimental scene, so they provide their trademarks. The vocals I write are deliberately from a feminist perspective, to provide an alternative for the male gaze that is often present in reggaeton. Luckily over the past few years, more women have been working on this new perspective in lyrics, each with their own kind of politics . My version is based on the desire motif from a female point of view. The traditional story, in all kinds of music not only reggaeton, is mostly built on a man desiring a woman. I also know what I want.

Can you share an example of the reggaeton that was going around when you were an adolescent?

We danced and sang a lot to reggaeton music by Don Omar, especially his track Dale Don will always stick with me. It’s the first reggaeton track I ever heard. We used to go to a club who had a regular pre-party for youth until 10PM and every time they played this track we went out of our heads. The accompanying dance is called perreo, a series of gestures mimicking sexuality but not to be taken seriously, really just for fun and not an invitation for more. Though essential to perreo and reggaeton, this asexual sexuallity is still rather hard to understand for people in Europe. It’s normal to dance with someone without desiring anything else. I wish people would dance more and be guided less by these sexual connotations.

Dancing means a lot to you?

For me the act of dancing is very liberating, helping both my body and soul. Without it, I would probably be staying depressed in a psychiatric hospital. Whether it’s alone in my room or in a club or on stage, I need it on a regular basis. Taking dancers with me to my shows is also to show people the way.

Are you musically educated?

When I was younger, although I was interested in music, I lacked any kind of self-confidence to try out music. There weren’t any musicians in my family or network either. But I danced a lot in my room as a kid, listening to my discman.

I never really think in genres, but I always look for a feeling in music. As long as the music makes me dance and a sense of humor is present. I tend not to follow any rules or satisfy purists.

This really feels like a standard for the current generation of DJs and producers, growing up with the Pioneer CDJ player and Ableton software?

A CDJ has definitely much to offer in terms of freedom and flexibility for DJs. And my mixtapes are often made in Ableton, allowing me to carefully edit them track by track. It took me a long time to learn how to work and feel confident with a CDJ though, since they are so expensive and hard to get your hands on. I’m not really technically skilled, a position that was probably thought to me as a female, so the process to learn how to mix was rather stressful to be honest. I accept technology since our modern society demands it, although I don’t find it easy. But even my female friends who are technically skilled, are still oftentimes confronted with a male know-it-all technician who thinks he unsolicitedly needs to explain the functioning of something like for example a frequency. We know how a frequency works, huh! (laughs)

You’re a mother in the music business, I saw on your Instagram. How do you deal with the combination of work and motherhood, the lack of sleep, etc?

It’s complicated, but that’s probably the case for any kind of job in combination with motherhood. The hours are hard though, having to perform mostly in the evening or night hours. Thanks to clear agreements with the father, a vast network of friends and neighbors or paid babysitters, I can handle it. But even if all is well worked out, still unexpected issues like sudden illness may arise and make everything even more complex. Last week I was all set to leave for my performance when such a situation occurred. Thanks to his father I was able to finally make it to my gig one minute prior to stage time. 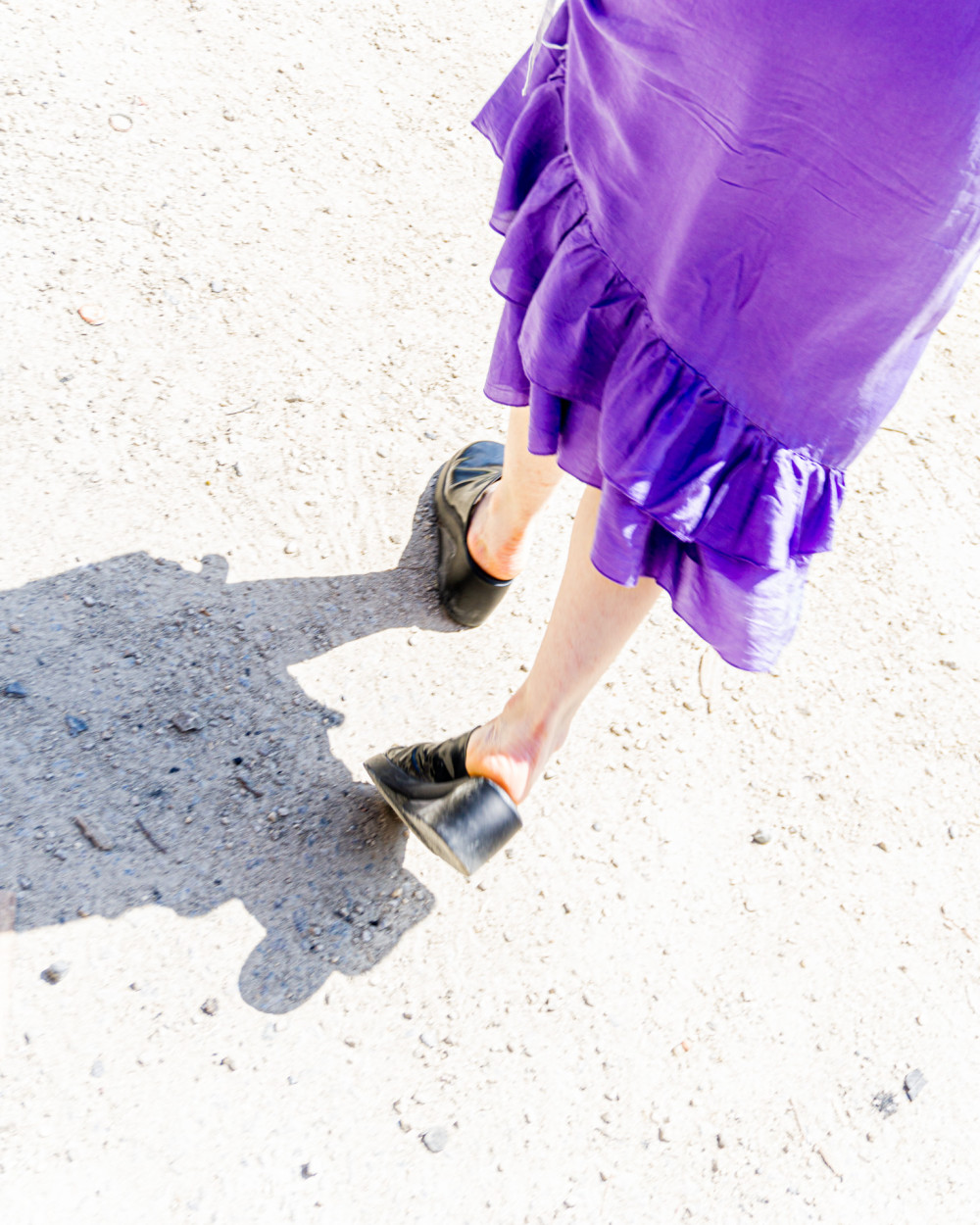 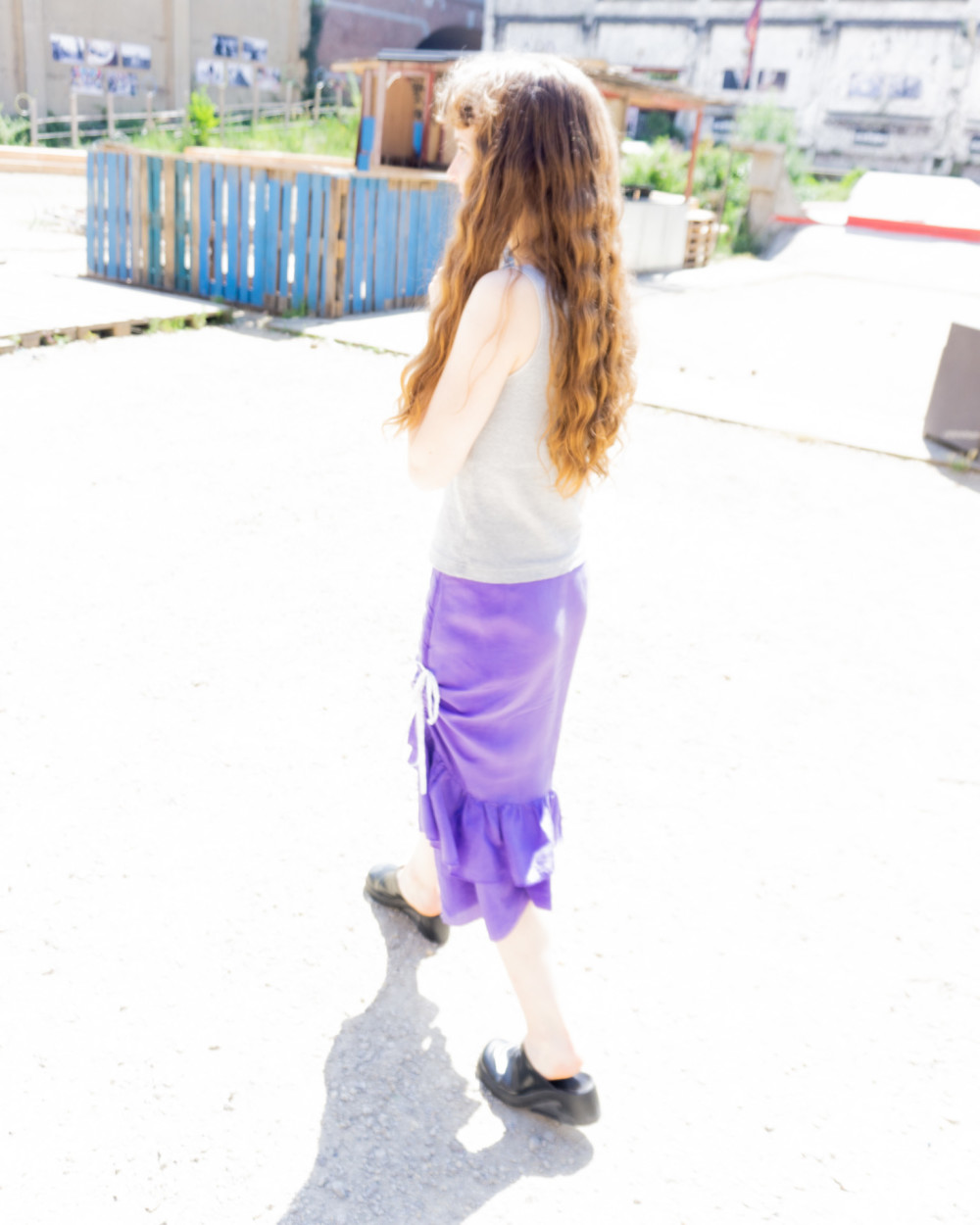 How do you feel about Brussels as a city?

I really like the city, even more since traveling often to other European cities. Unlike the major capitals such as London or Paris, I feel there isn’t that fatuiging sense of continuing competition in Brussels. The people are nice and friendly and a melting pot coming from all wind directions. And the governmental support for culture is much better than in Spain.

With whom did you connect most here?

I recently signed to Culte Agency, who help me with my career. Via Culte I met SKY H1, a very strong artist with whom I’ve been working. Also from their team is Rrita Jashari, she’s supporting me as DJ at my concerts. And again from Culte, I’ve connected well with Fabien aka Le Motel, we did the track “Rápido” together. Another family from Brussels that I really like is the Poxcat crew. They are good friends and throw lovely parties.

Where do you hang out most?

I wish I could go out more, but as a mother it’s not always an option next to my work at night. Beursschouwburg, VK and Recyclart are venues that I visit frequently and I adore Kiosk Radio. At the Parc Royal, where the radio is located, there is an amazing vibe where I enjoy hanging out and having a coffee.

Imagine you get to program a festival day, which five artists would have to be present?

Tomasa Del Real. She is a Chilean female neo perreo singer that I really adore.

Six sex is a new act on the scene, an amazing MC. Her tracks are always co-produced with other artists and have a unique something special.

King Doudou is a French producer who works for many artists, sometimes also as ghost producer. I play his tracks during almost all my sets.

Sangre Nueva is a collaboration between Florentino, DJ Python and Kelman Duran. I love their separate work and as a group they are amazing as well.

Lazuli is a French MC with Chilean roots. She is conquering the scene with a great flow and inspiring energy, having already worked with Brodinski and King Doudou. Great things await her!