Nicknamed Mickey, Mickael Bursztejn on his passport, the Kiosk Radio founder is the first protagonist of this new series we are launching dubbed Brussels Highlights. Each episode has a key member of our scene curate both music and locations, the latter being places in town linked to nature, food, music and a hidden gem. 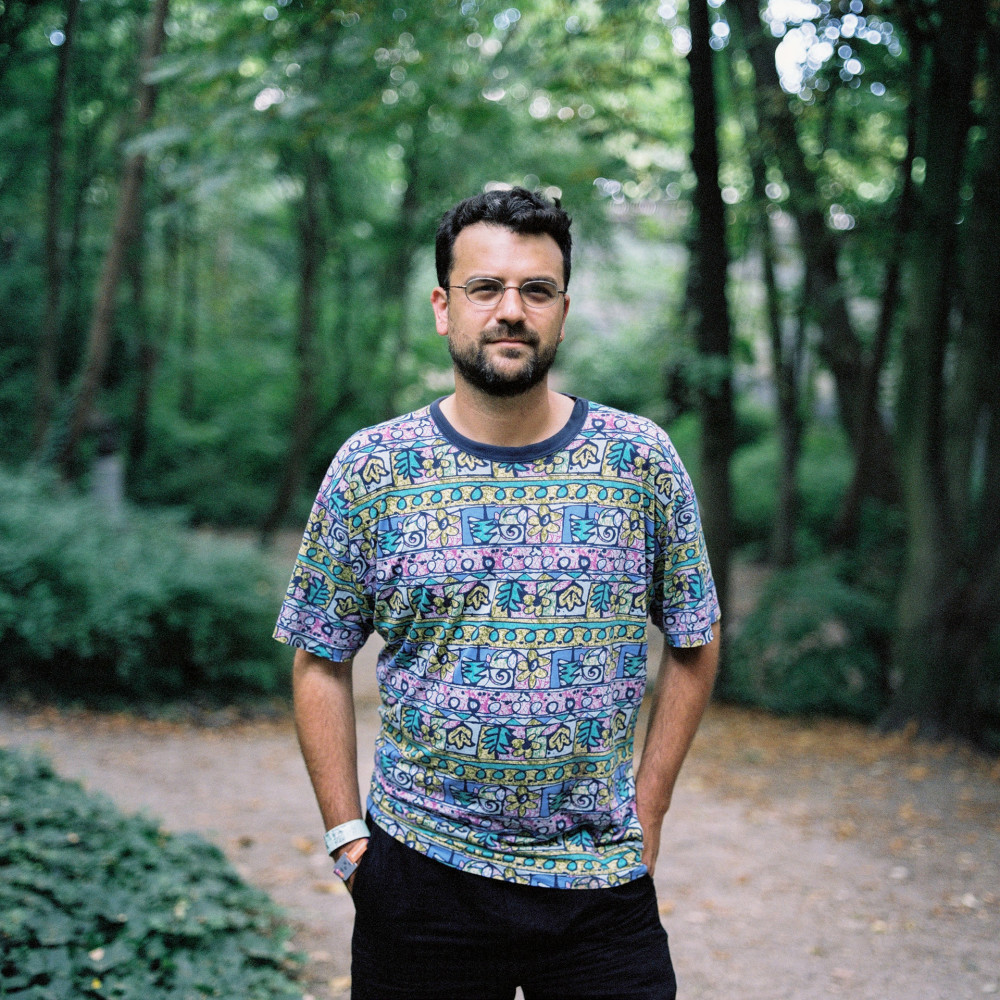 Mickey has 100% Kiosk Radio on his mind. As one of the three founders and the station’s manager, he practically lives in the sauna, as the wooden block in the Parc Royal in the center of Brussels is often mockingly called. The radio station has over the past few years built an enormous reputation as a hotspot for everything related to underground music and creative culture in Brussels. On a daily basis many DJs and music selectors pass by the DJ booth, addressing themselves to an engaging audience listening online or live at the terrace on site. Next to these endless streams of audio, the station has several exciting projects running. There is the prestigious Outsiders program, where several international labels and collectives share monthly recordings. There is the Kiosk record label. There are several collaborations with festivals such as Dour, Horst or Best Kept Secret, where they set up camp and broadcast on location. There are improvised and scheduled free concerts, attracting huge crowds to the park. And there even is a Kiosk beer. 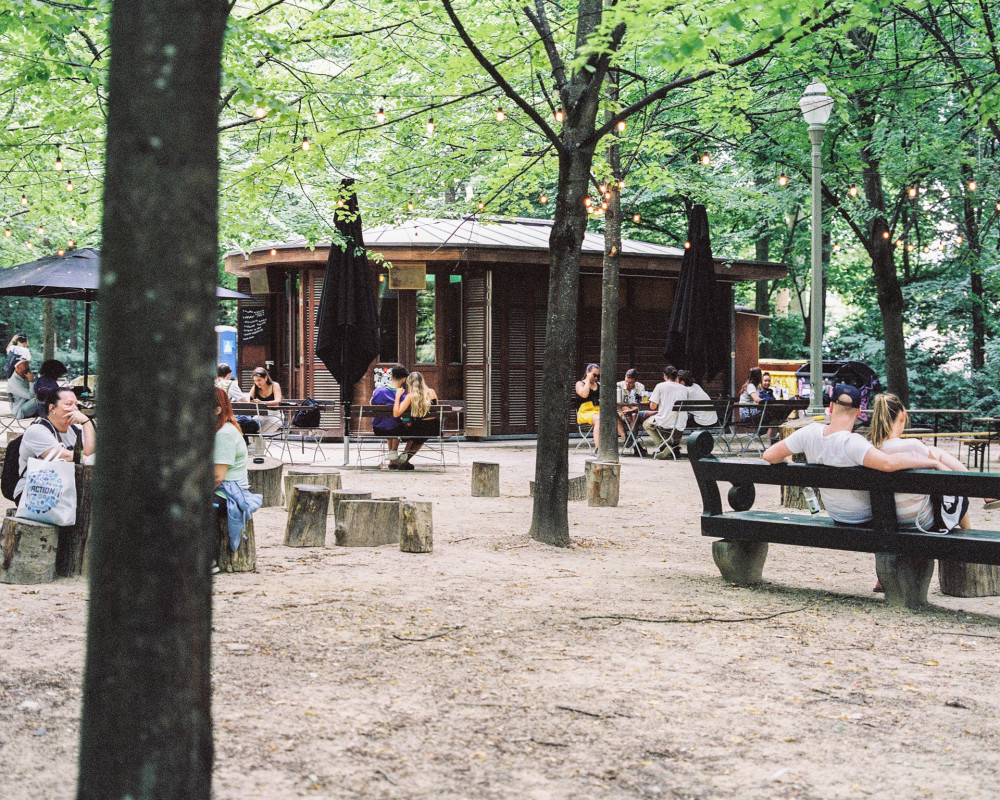 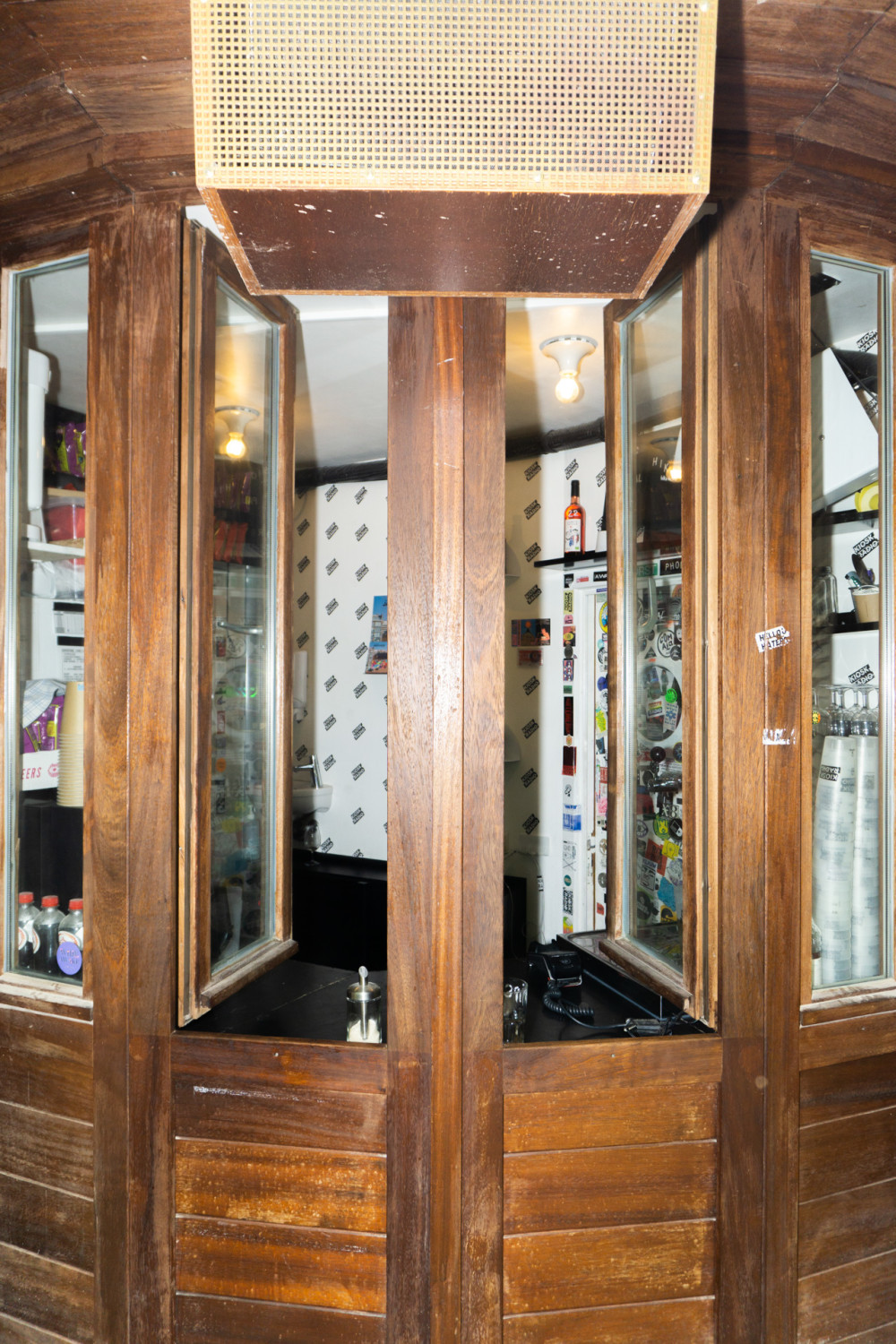 Apart from running all this, Mickey is also a louded DJ with a CV including several worldwide tours and gigs in most majors clubs and festivals in the country. He is a well-respected member of our scene, to say the least. You wonder where he has found time to be the curator for our first episode of Brussels Highlights.

Mickey’s Spotify Hundred playlist is versatile as is his love for music and the wide array of genres present at Kiosk Radio. While purposely neglecting most of his dance music favorites, any other style of music that frequents his own Spotify and Shazam apps has been included into the selection he made for us. Digging this playlist? Do check his radio shows as well.

Food: Spaghetti at Monk or slow food at Ajiyoshi

Depending on the budget, Mickey has two food tips to offer. For times with close-to-empty wallets, the delicious spaghetti at Monk is a favorite. Embedded in a true Brussels spirit and a beautiful decor, it’s convenient and perfect for a comfortable bite, with a vast selection of sauces to everyone’s liking. Just a stone's throw away at the Quai aux Briques, Ajiyoshi is Mickey’s second tip. This traditional Japanese restaurant is tucked away between touristy joints, one might easily fail to spot it. 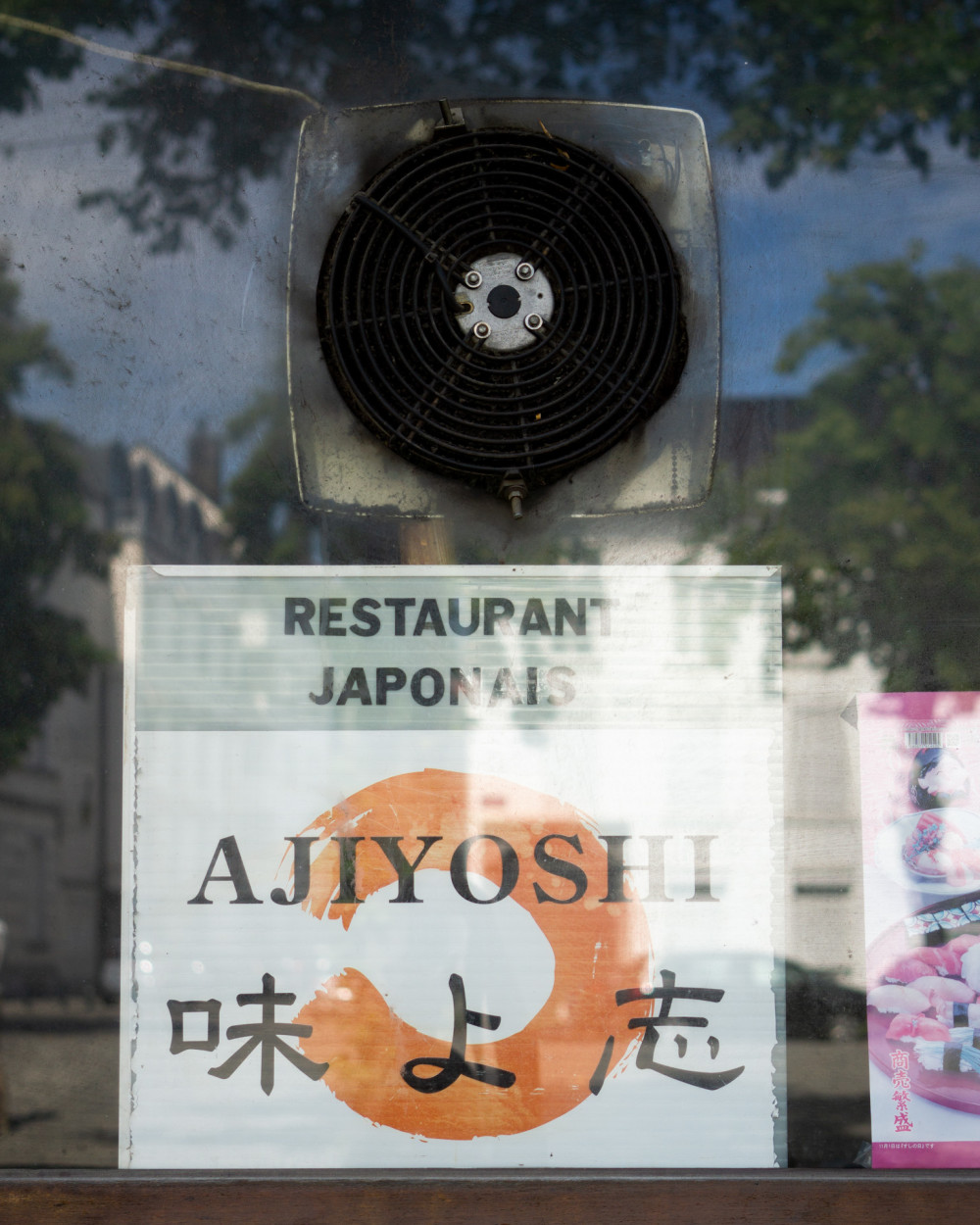 Mickey: “Me and Fabien (producer/DJ Le Motel) once had a great evening there. We had done a DJ tour in Japan and South Korea together and afterwards decided to commemorate this amazing trip with a yearly dinner party. At Ajiyoshi we had the time of our lives, staying until after closure to drink bottles of sake with the owner haha.” 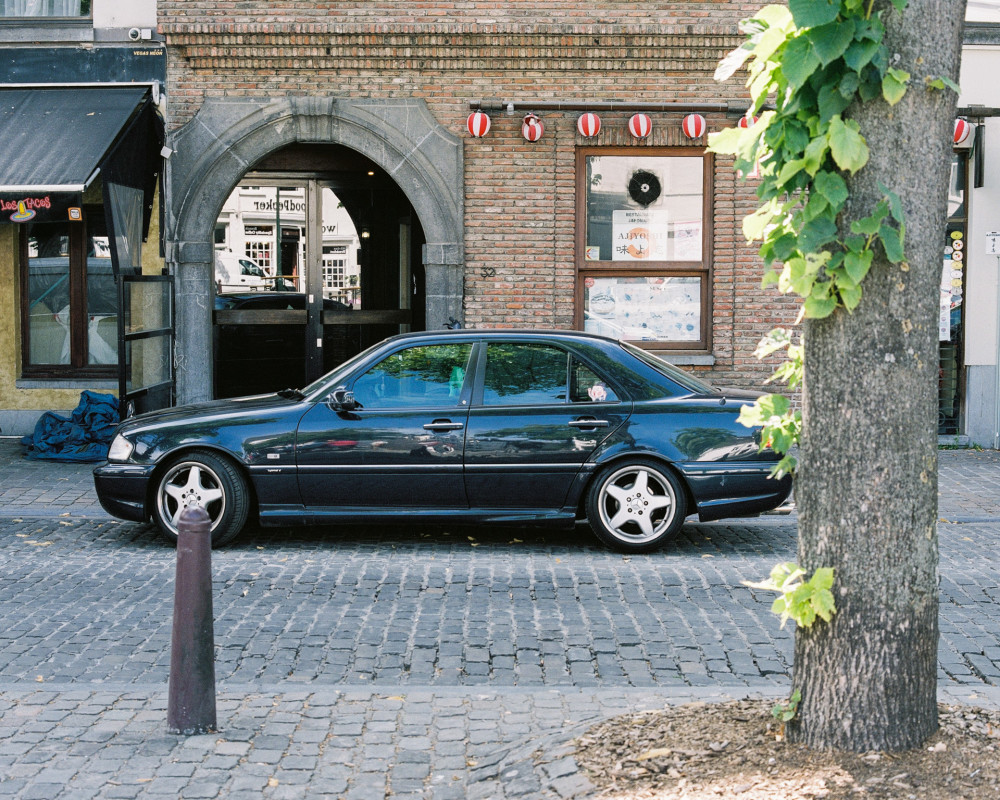 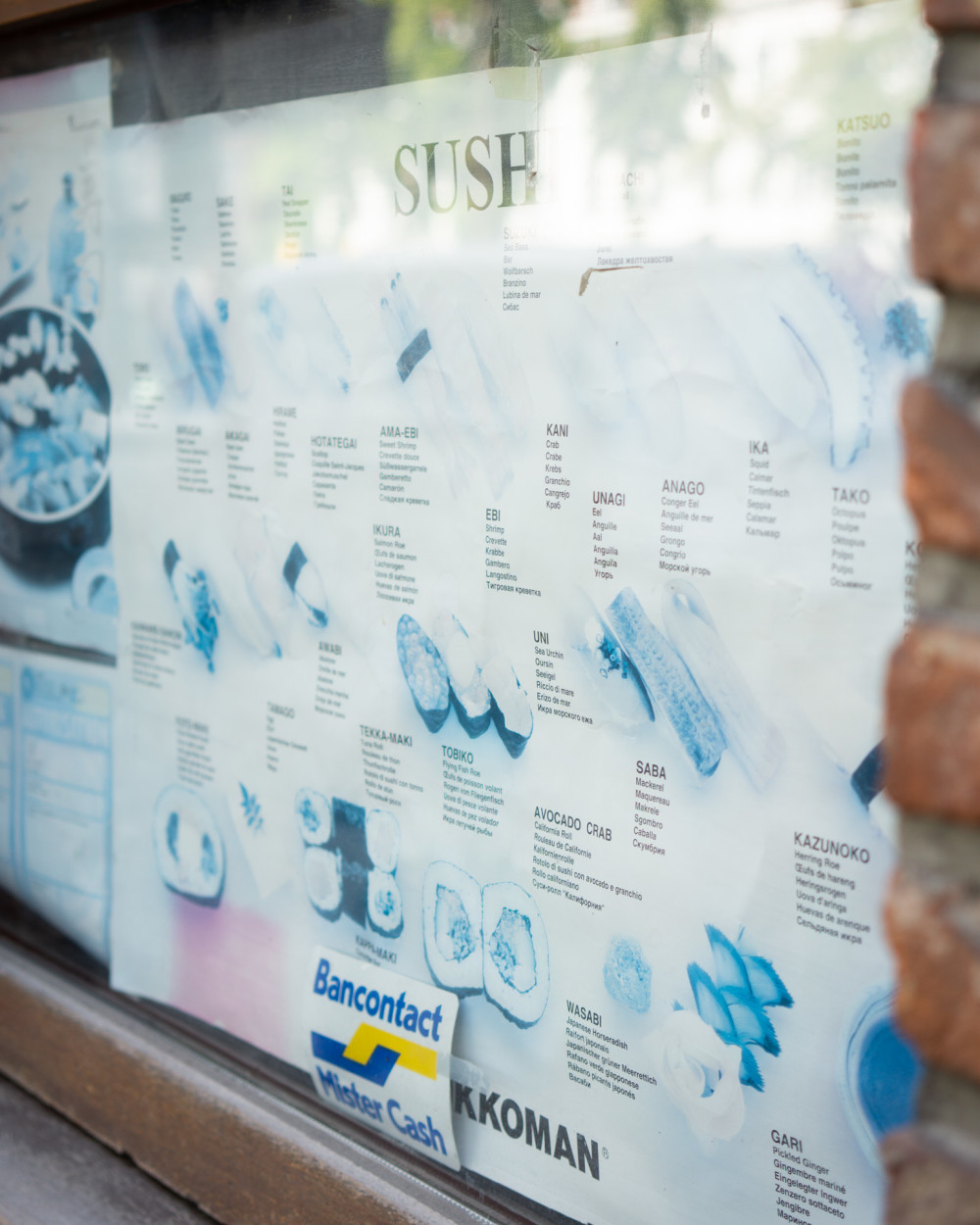 Since Mickey spends so much time at Kiosk already, he hasn’t got many hours in a week left to consume music elsewhere. But when going out, Brasserie Atlas in Anderlecht is a favorite. The former brewery with art deco elements will be renovated to apartment buildings and as usual, cultural initiatives are welcomed in the empty premises before the actual construction works start.

Mickey: “During Covid, when the most severe lockdown rules had been softened, I enjoyed going to Brasserie Atlas. The atmosphere is really unique and the group of people running the place offering out of the ordinary activities is truly admirable. They also house Lyl Radio, an independent French webradio that in Brasserie Atlas has set up a Brussels location, broadcasting once every week. I’m pleased to see other online webradio initiatives happen in the city!” 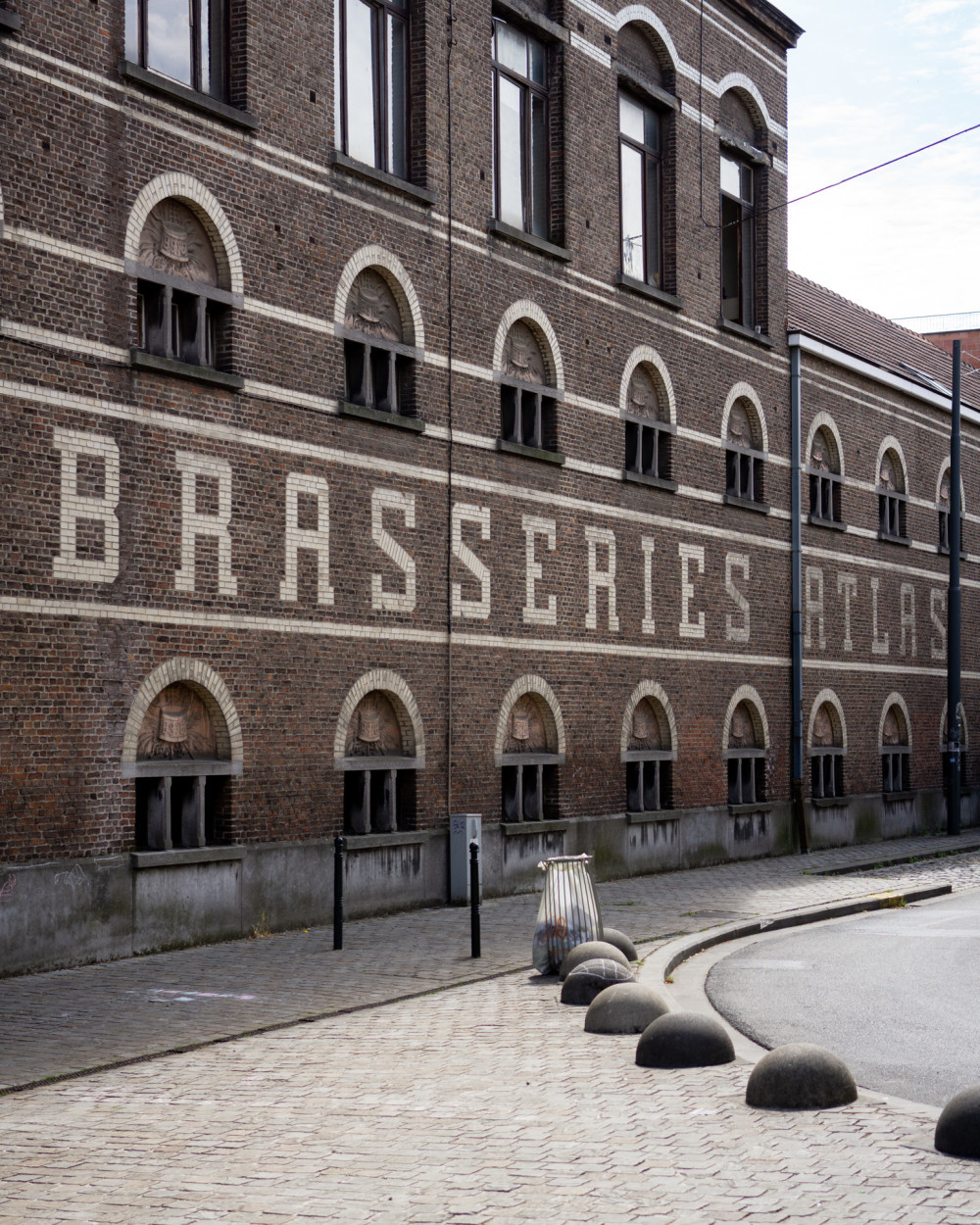 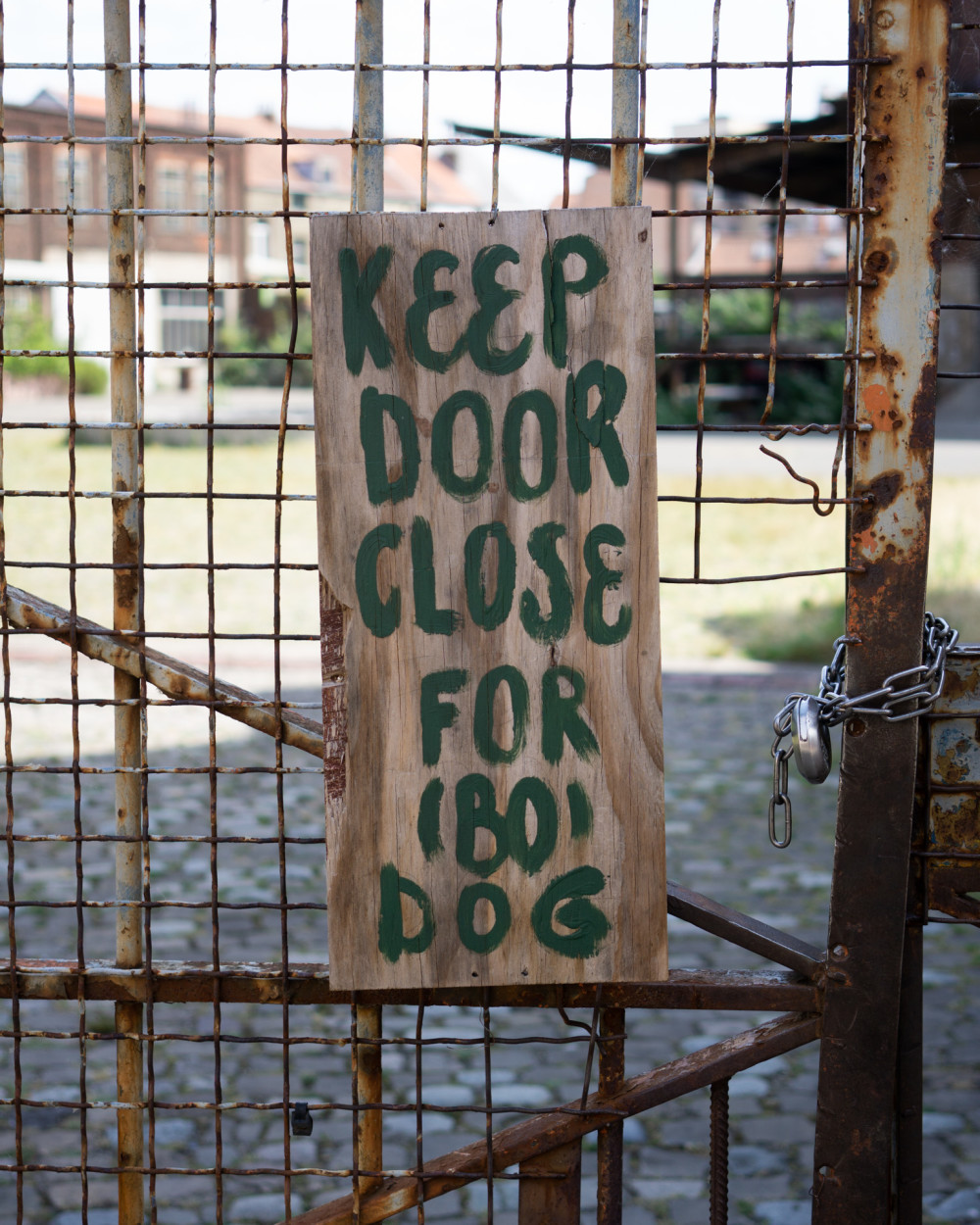 Mickey could be called the mayor of Parc Royal. He figuratively holds the key to a park that never closes and knows all the stories and secrets the place has to offer. 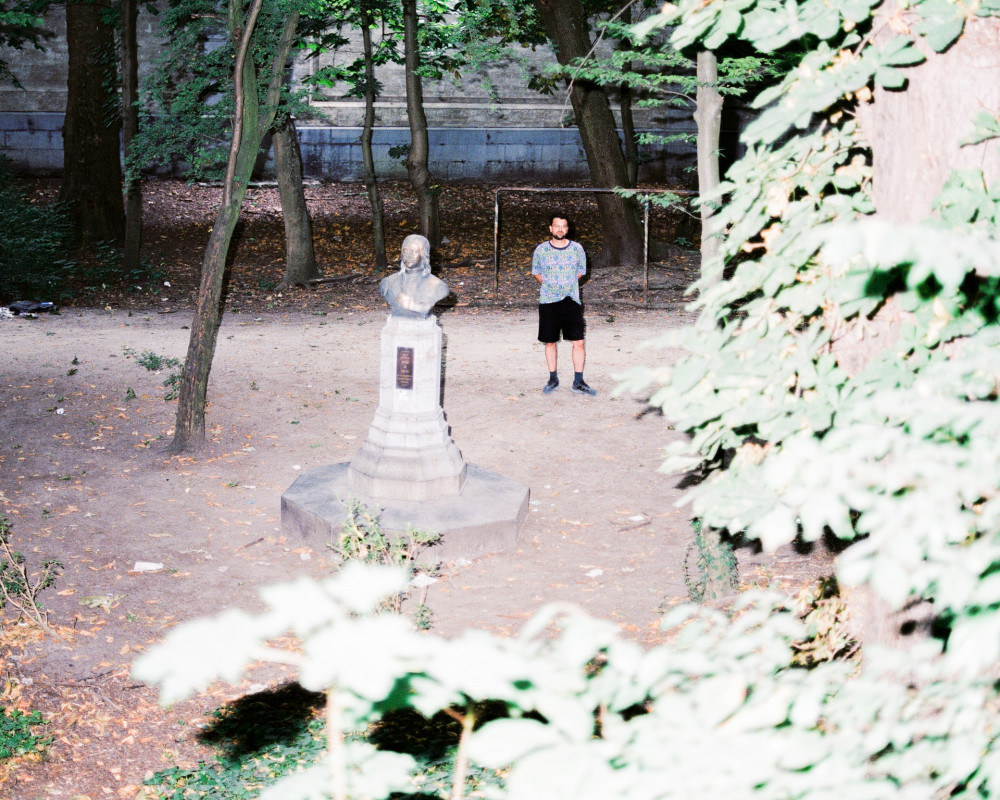 Mickey: “I first must have discovered the park while walking through the city in my teenage years. Around 2005 I often went to Le Gazon, parties organized in the big metal kiosk not far from our kiosk. These were always crowded and used to last until the morning sun. Nowadays I practically live here and hold a strong relationship with the parc during all four seasons. I have come to know all the people of the park: tourists, commuters, families, sex workers, homeless people, … We have quite unique neighbors as well: the king, the American embassy, Bozar and Cinematek, … For quite some time this park was an overlooked, almost forgotten tiny piece of green in the city center, but today it’s alive and kicking. 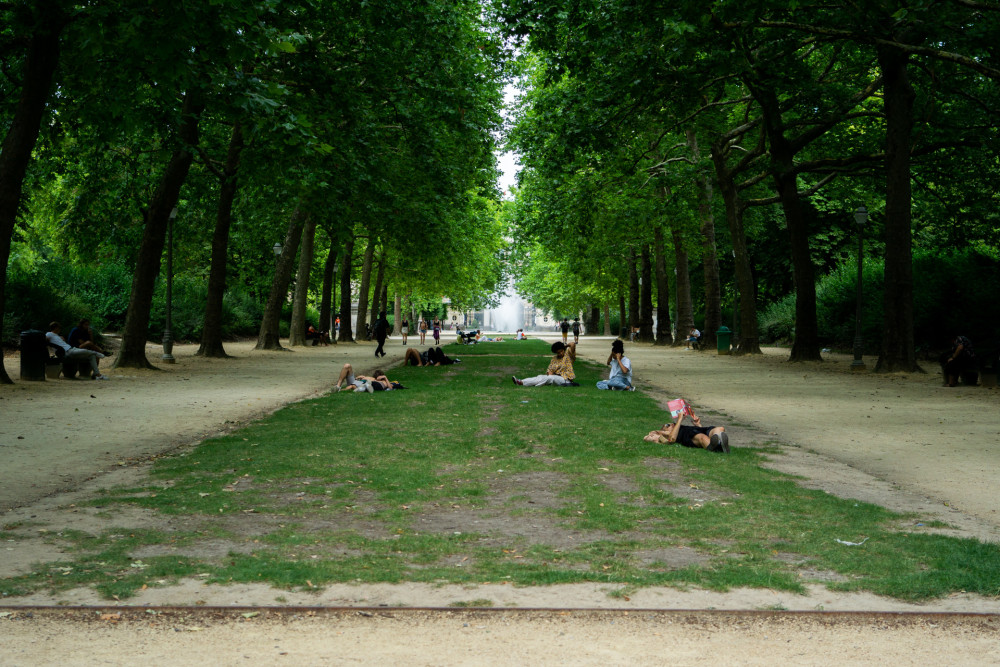 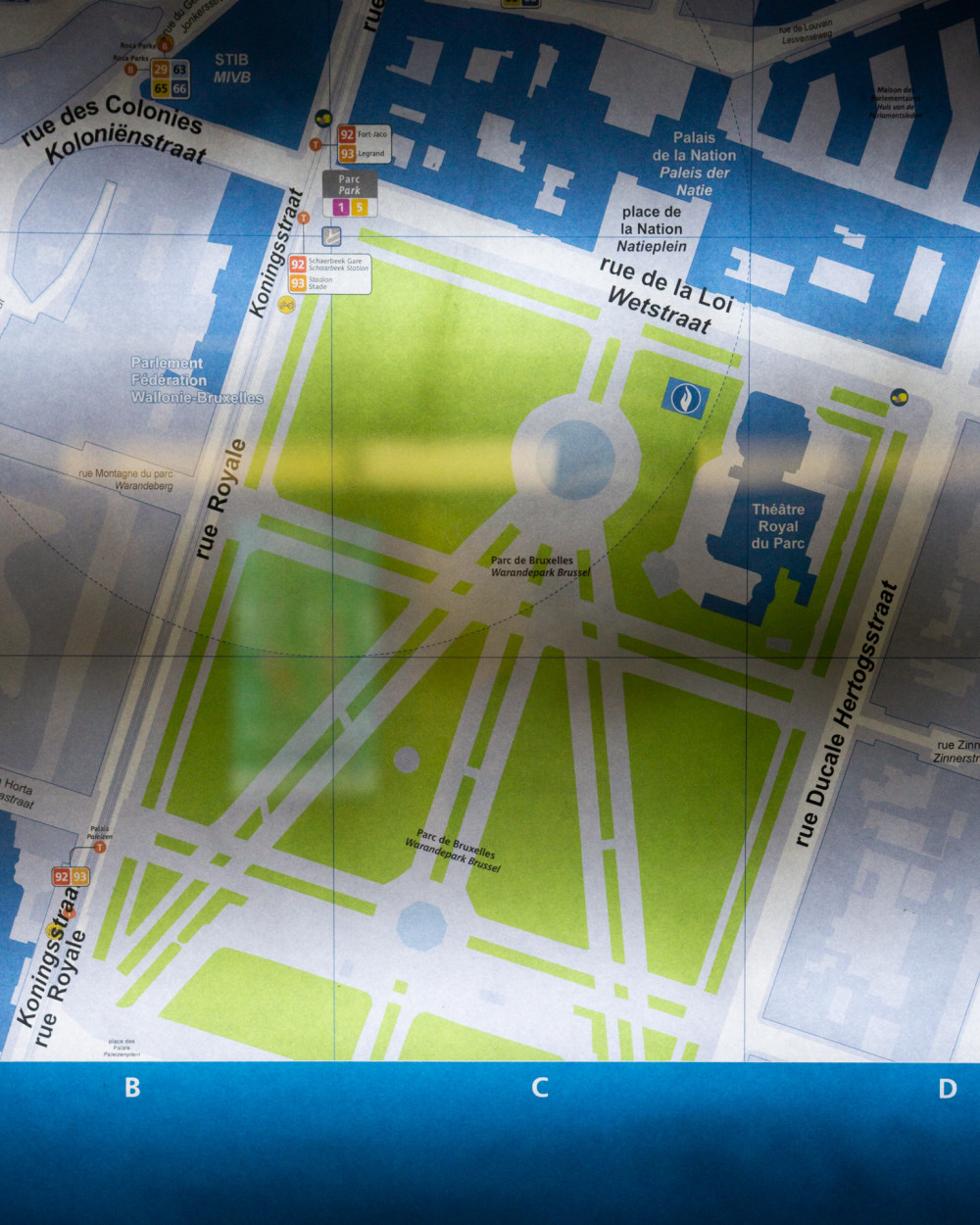 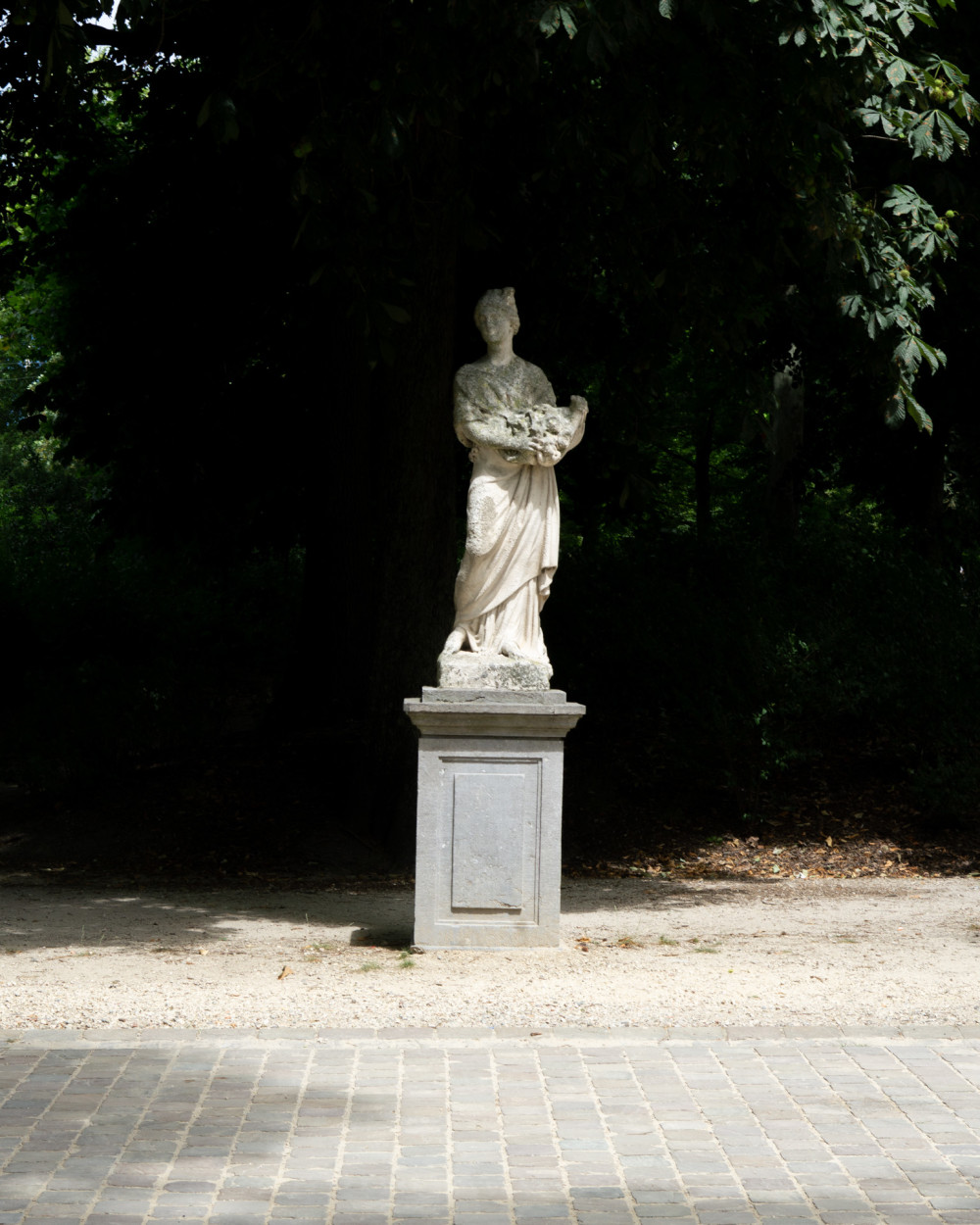 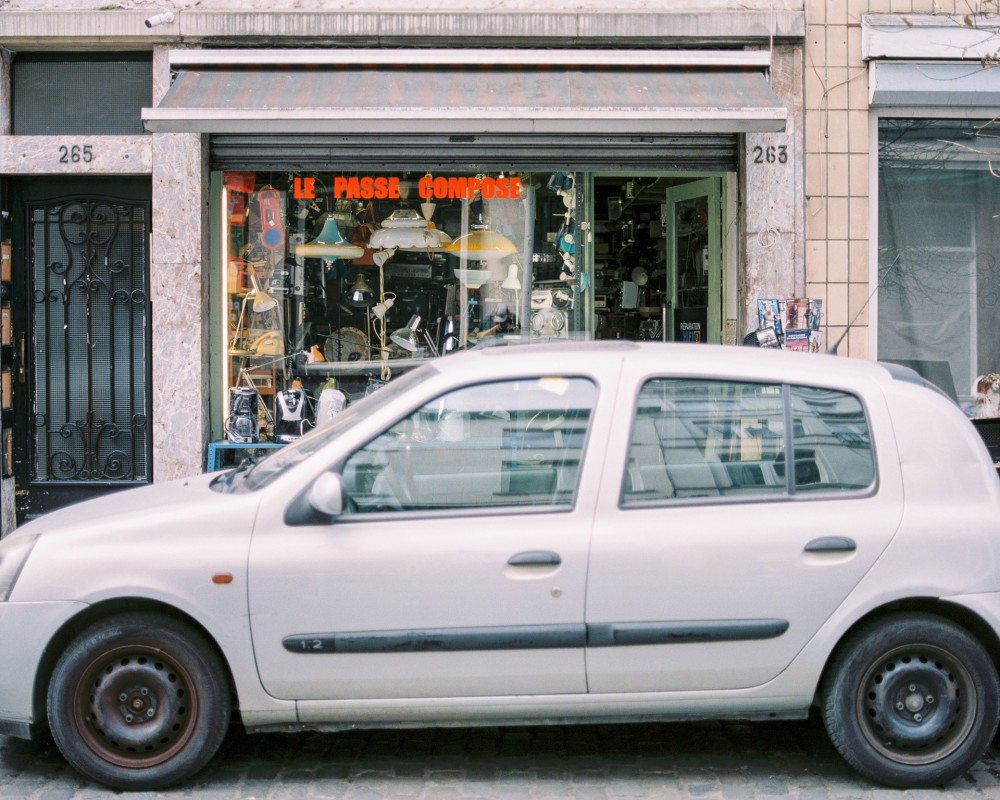 Located at the Rue Blaes in the Marolles, facing Fuse club on the other side of the street, this audio hardware store is the place to be for second hand radios, hifi towers, amplifiers, walkmans, etcetera. To find your new piece of equipment or to have one repaired, owner Marcel is your guide. 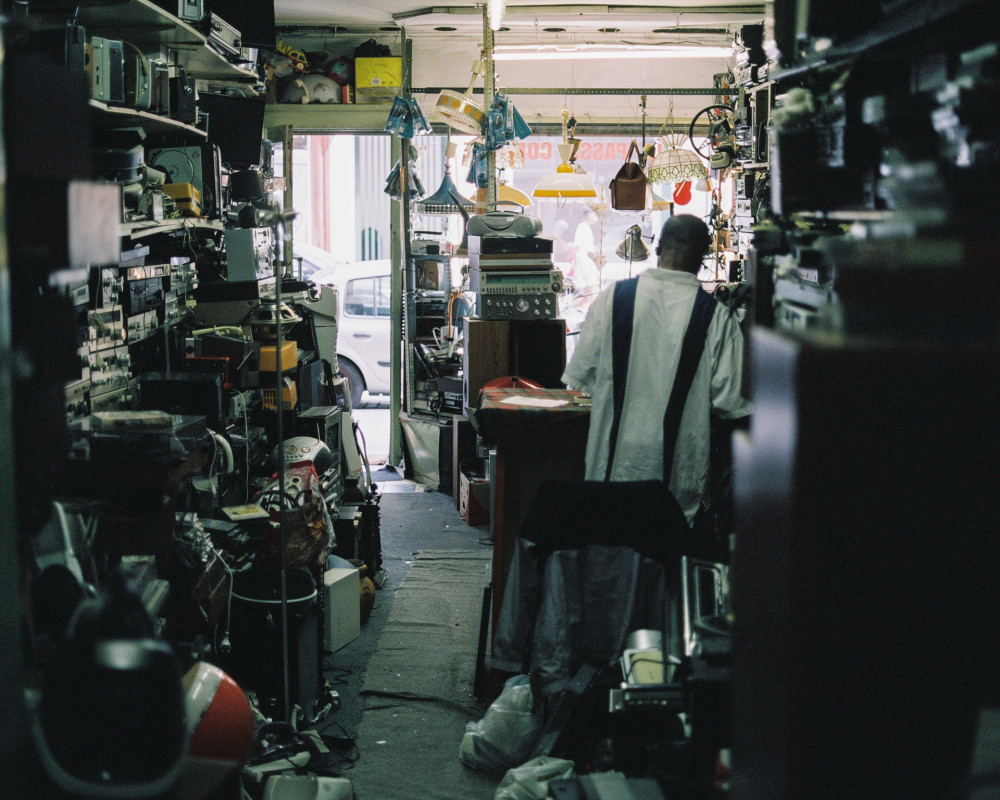 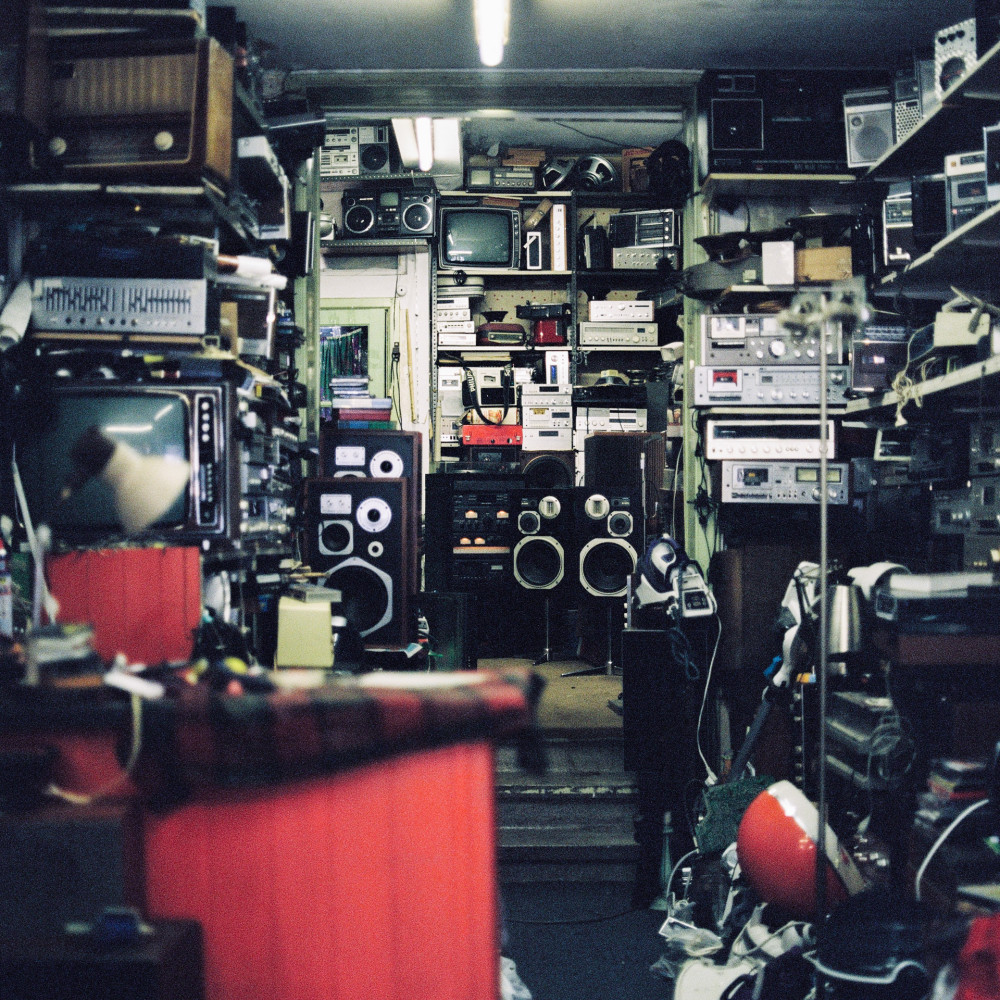 Mickey: “I bring my daughter to our daycare in the Marolles every day and got attracted by the shop’s interior. Every wall is loaded with metallic and black audio gear, an incredible view when you first enter. It’s an experience in the true spirit of the neighborhood.” 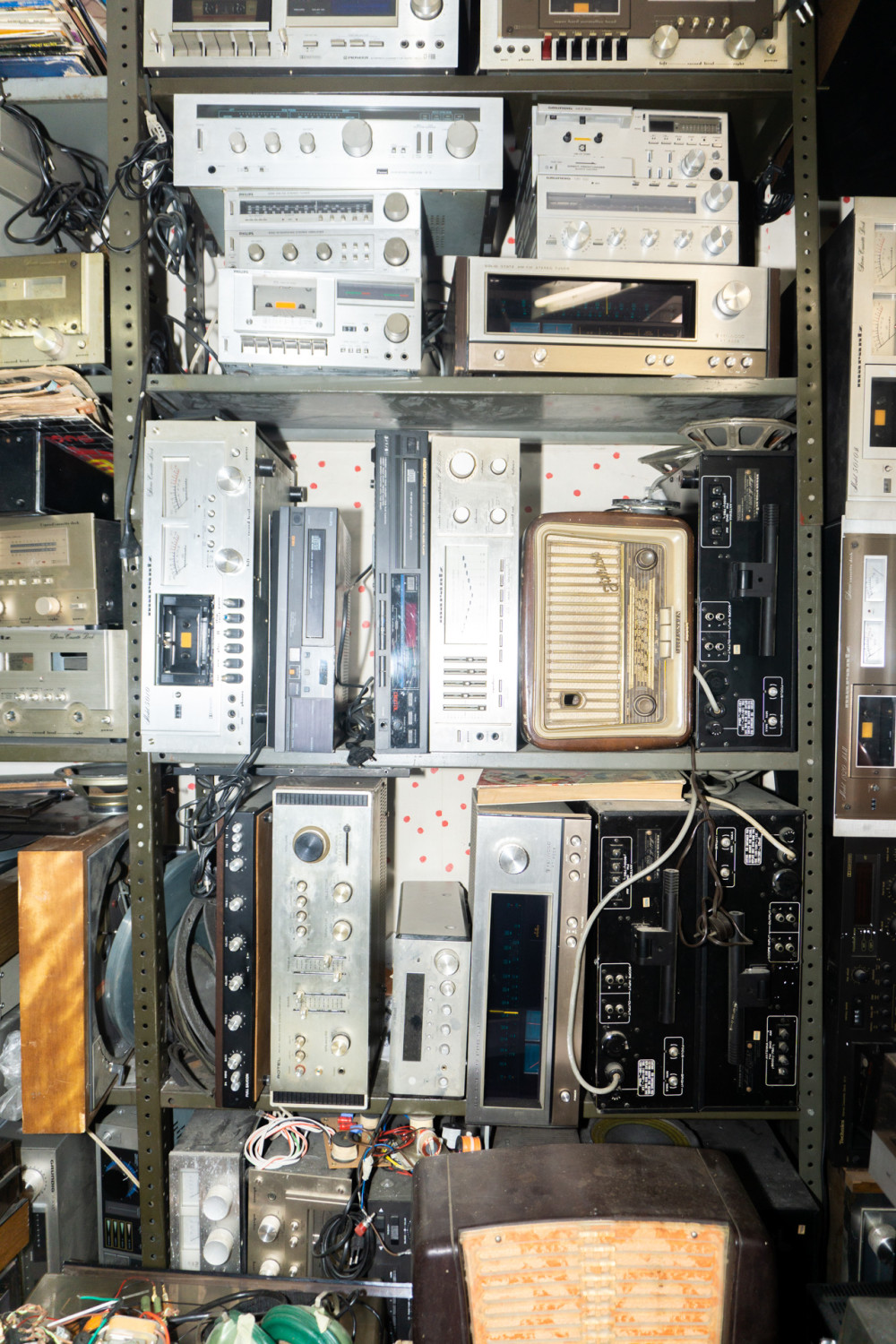