For a Chicagoan who moved to Brussels and initiated a new life here, exploring the city is an essential process. Dana Kuehr, who moved from the United States to Belgium in 2017 for a job in journalism without knowing anyone locally at the time, has made Brussels her home. It’s here that she made a name for herself as a DJ as a founding member of the artist collective PLANET, and that she produced her debut album that has just been released on Basic Moves a few weeks ago. Below she walks us through her Brussels highlights. 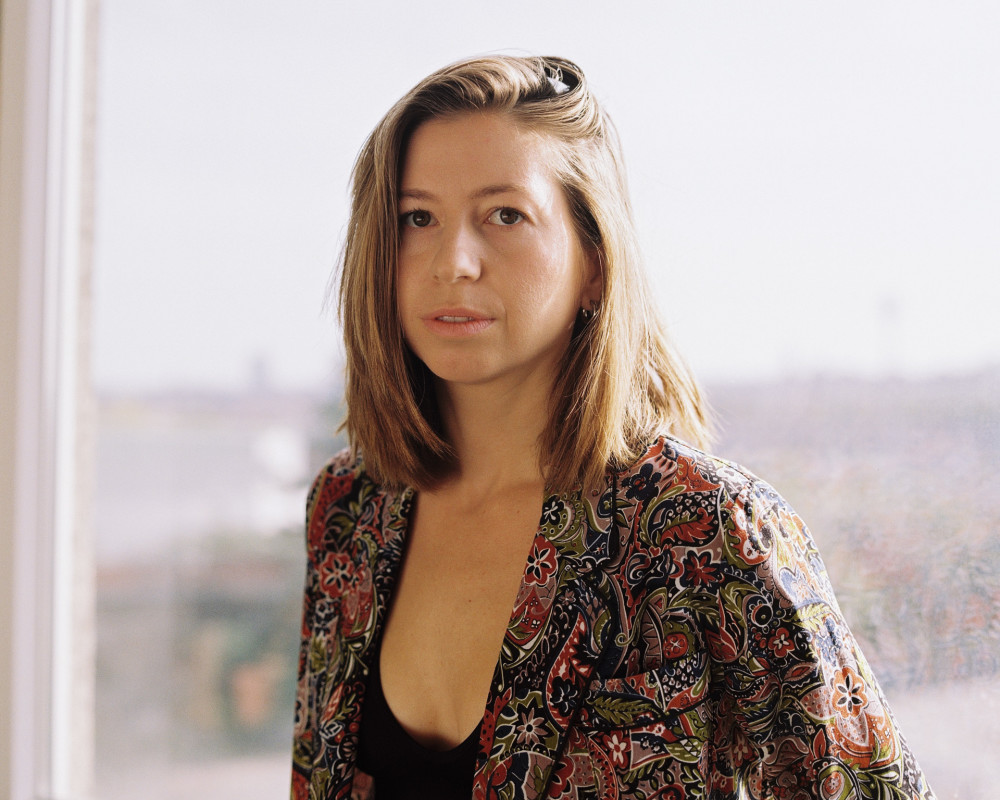 The album she has worked on for the last two years is being put out on Brussels imprint Basic Moves, who call themselves a platform for outsider club music. The release is titled BM18, but unofficially dubbed ‘WTR TMPL’ by Kuehr, recalling memories from her childhood video game adventures with her brother. The music is loosely connected to all the places she’s lived, such as the Great Lakes region around Chicago and the coastlines of San Francisco and New York in the United States, and the cloudy skies in Belgium.

The liner notes state it best: ‘An ode to the Taoist consideration that all creatures live together in mystic unity, co-evolving and feeding each other, Dana brings together cloud ethereal with earth pounding, and like an orca’s tail upon a restless sea, it slaps!!!’

Dana never could have guessed she would end up in Brussels, but she’s thankful that it went that way. The small scale of Brussels compared to the metropolises she had lived in the States, was a relief to her. ‘This city feels so tiny in comparison to New York or Chicago, but it can still be a land of opportunity’, she explains. ‘There is so much going on here in art and music along with a calming small village vibe, where everybody knows and supports each other. In New York where the scene is already so big, and everyone is overtaken by the daily hustle and grind to survive, I did not have the time or guts to take my music seriously. I really felt born again in Brussels’.

Next to music, Dana co-founded a company called Blurbs, where she writes, edits, and translates about art and culture. She has been focusing on the social side of music lately, sharing and playing out, but now that the album is out she looks forward to moving back into the studio to put new sonical ideas under construction again.

She was so kind to curate a playlist of 100 tracks for us, which showcases her broad range of influences.

'As usual, my gemini brain went in many directions. I included some new and old favorites, plus many tracks that inspire me as a producer in some way.’ 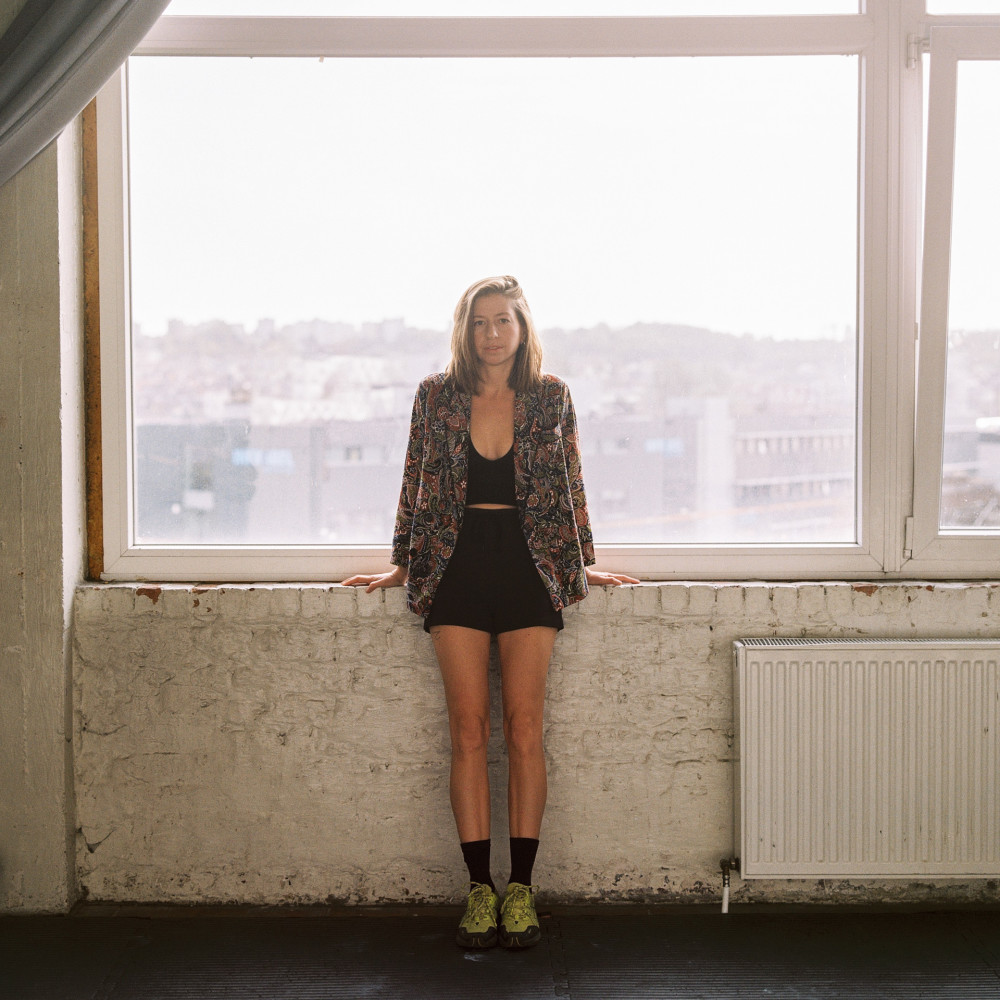 Appropriate for this time of the year, Dana chose a cemetery as her moment of peace and quiet in nature. Challenging the way we look at cemeteries, not merely as sad and spooky places, but as hideaways suitable for serene moments, she was particularly touched by the Dieweg cemetery in Ukkel. 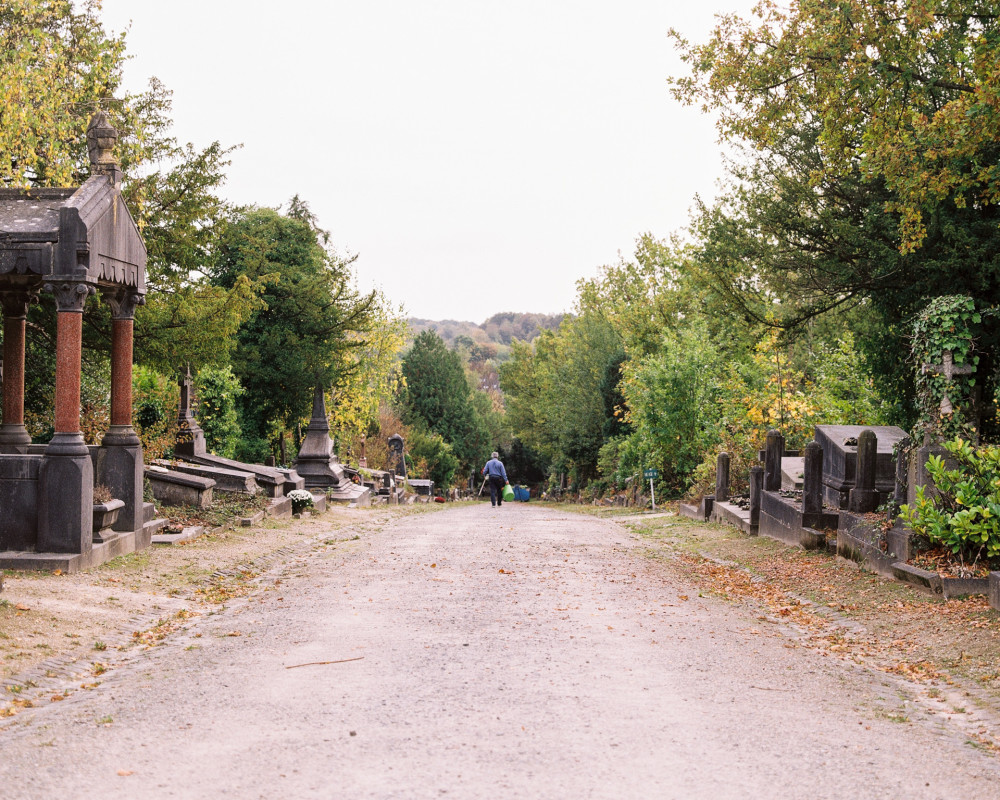 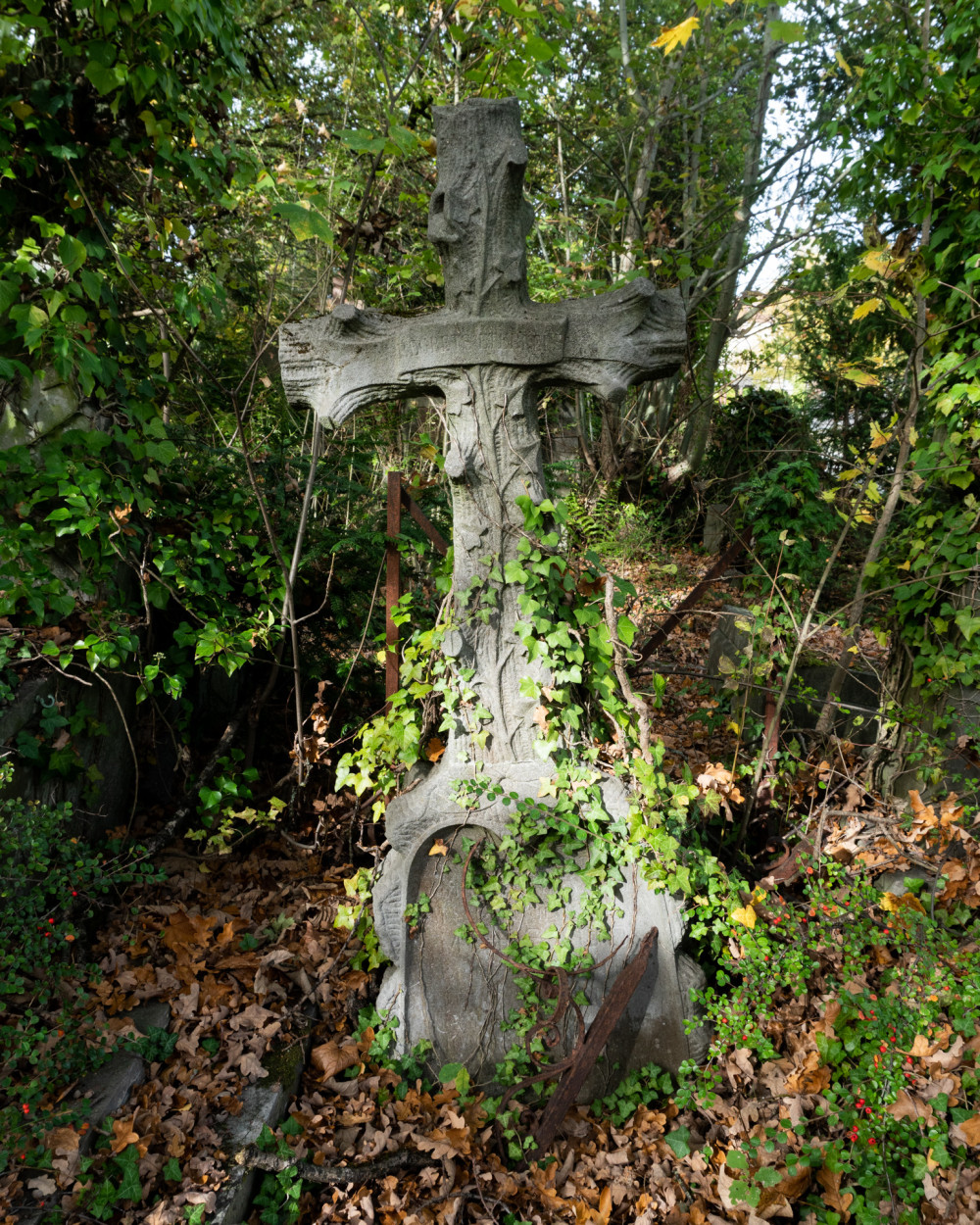 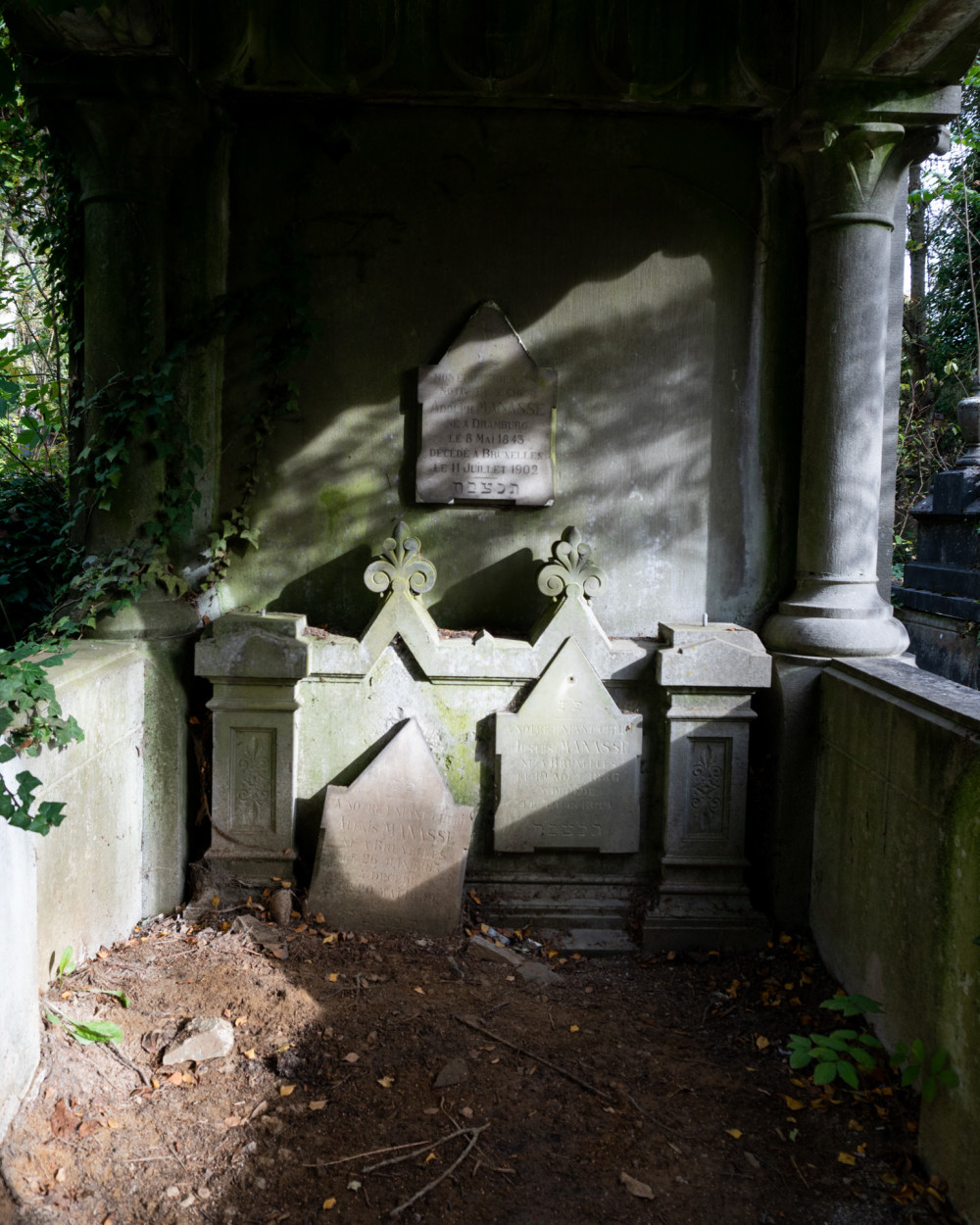 ‘During Covid I would take long walks starting at my apartment in Vorst without a destination in mind, that’s how I stumbled upon this spot. It’s a completely wild and overgrown cemetery, very beautiful, with really old tombstones covered with vines. It’s a nice place to get lost in thought, or for a walking meditation. Pretty essential nowadays, I’d say.’ 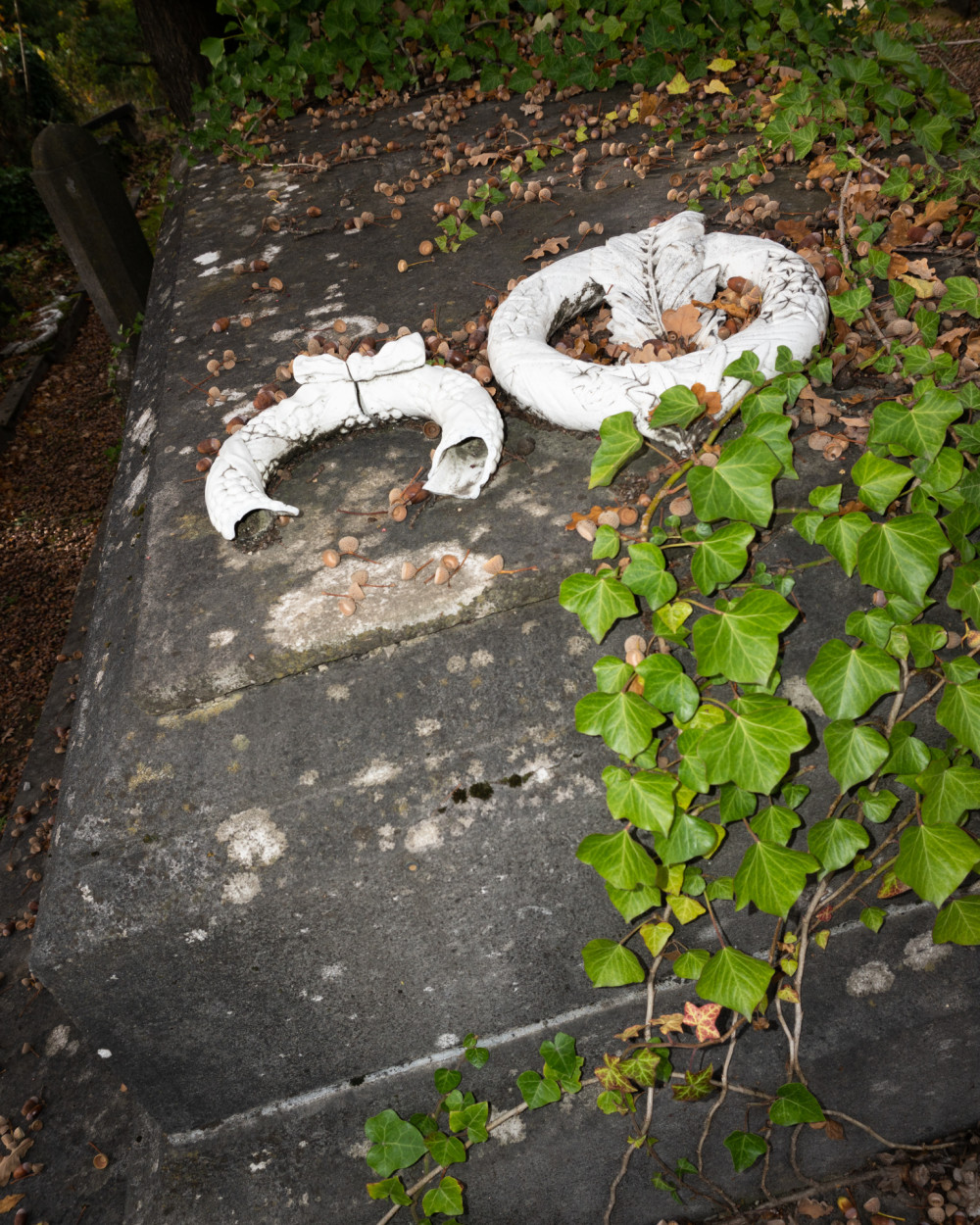 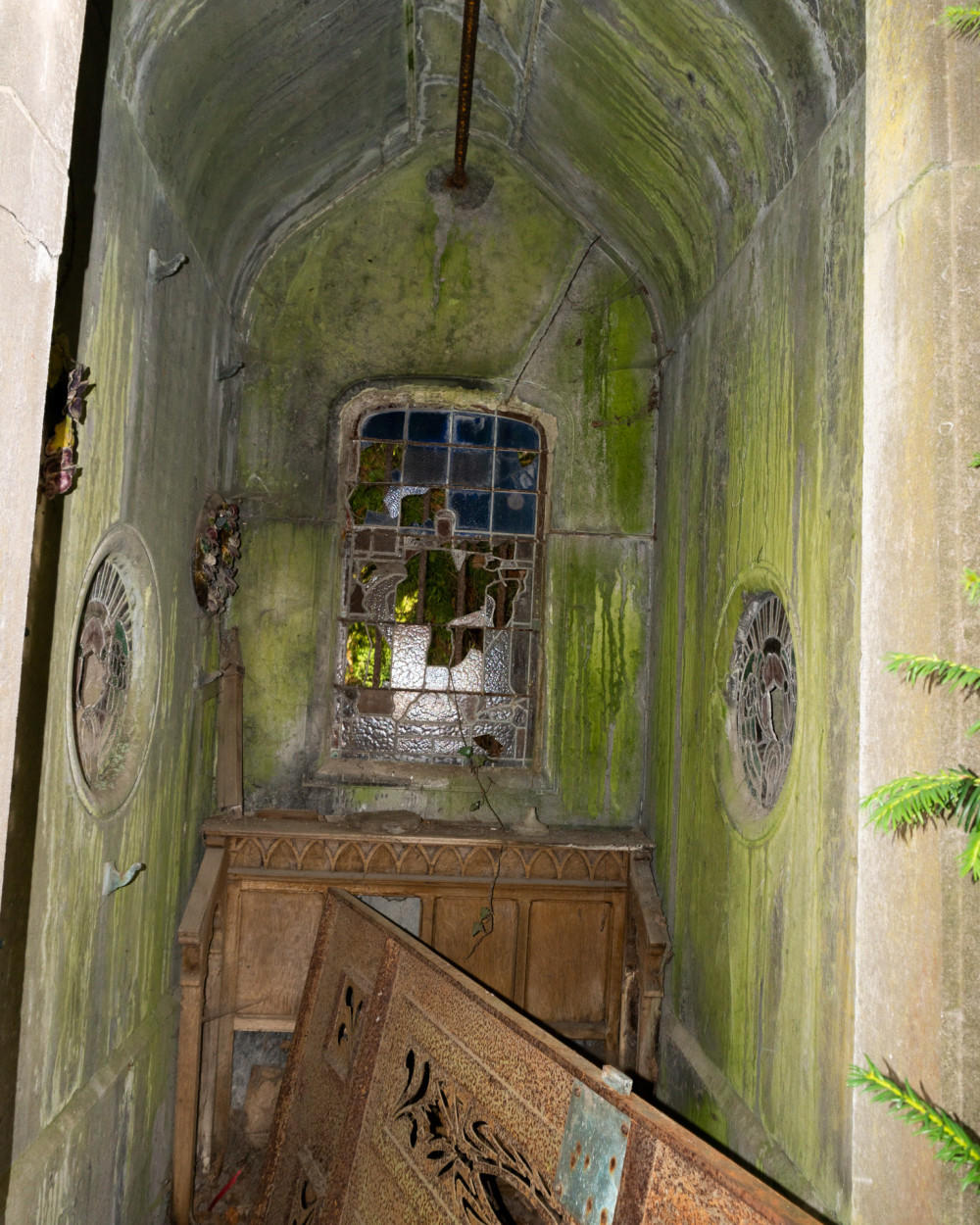 When migrating, food is often an important element to bridge a former and new location. Discovering the Mexican food stall at the Thursday market at the Parvis de St.-Gilles had such an effect on Dana who soon would make it a weekly ritual to go and savor the delicious Mexican tacos and tamales. 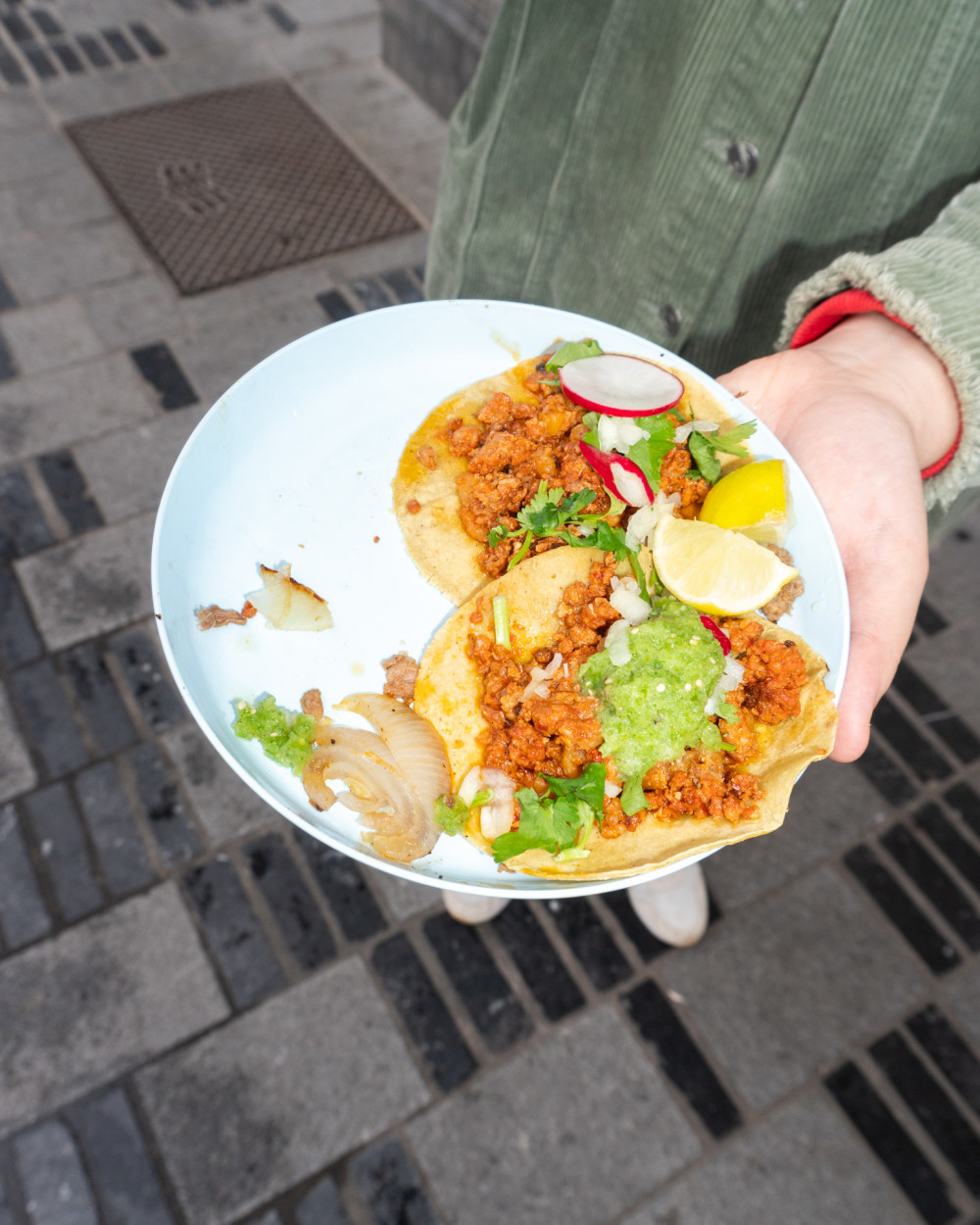 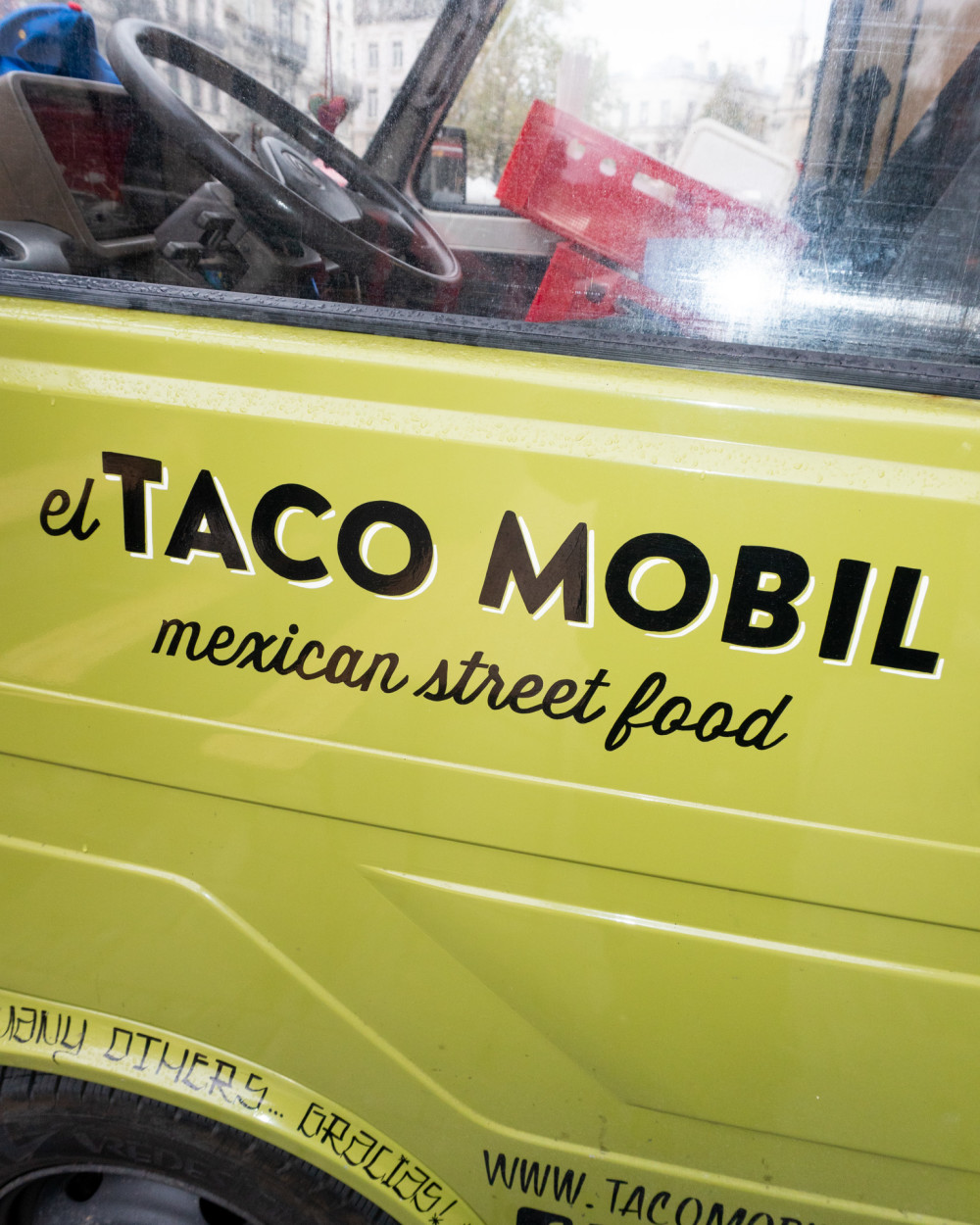 ‘El Taco Mobil played a sizable role in me not feeling homesick when I first arrived. The owners, a Mexican woman and her Flemish partner, are lovely and use authentic recipes. Brussels is really lacking in affordable, flavorful street food options, and their truck is simply amazing for this. Nowadays I catch them about once a month at the market; they are super busy and do many events. Find them on Instagram – and get the tacos al pastor.’’ 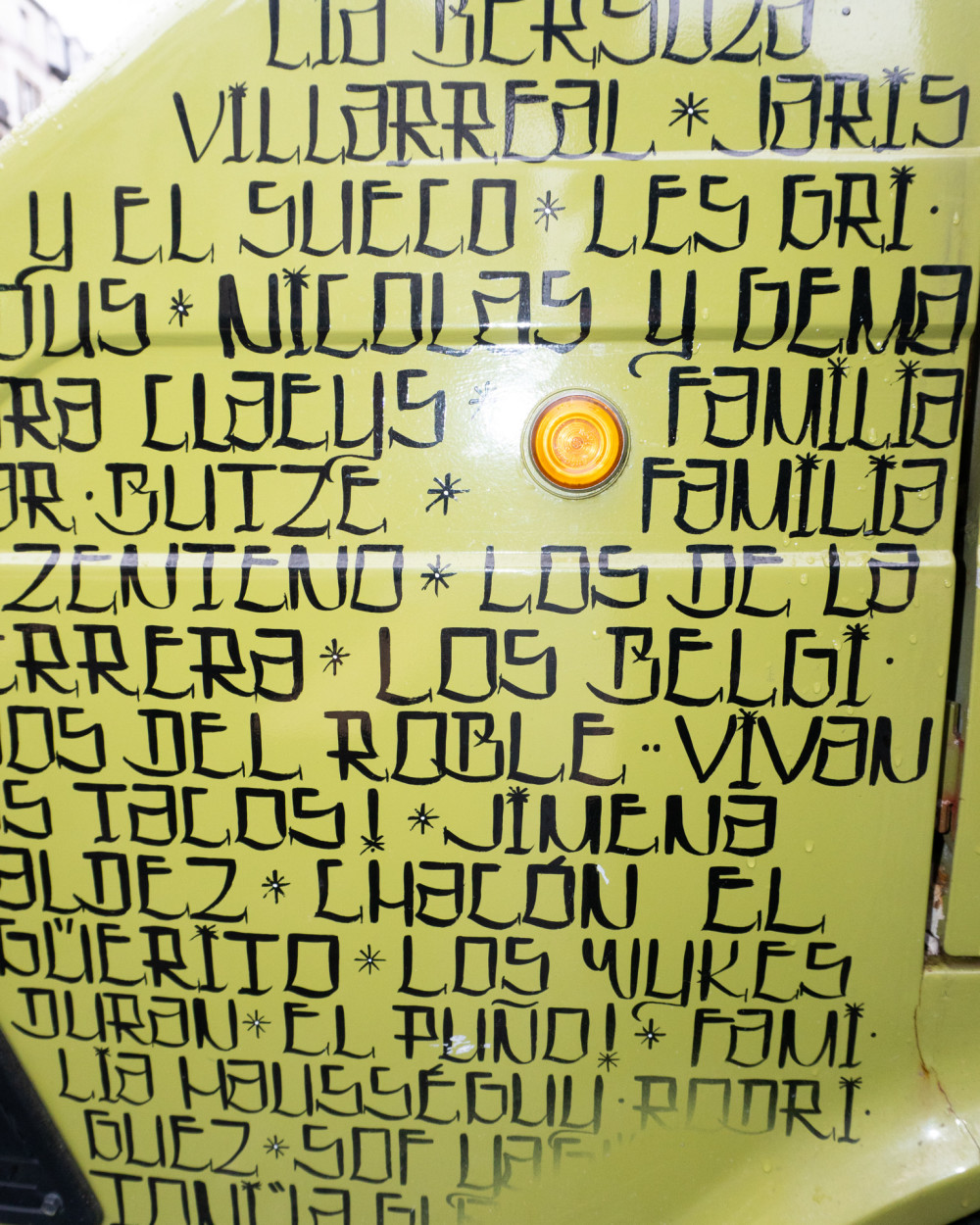 Petite Île is a bouldering gym in Anderlecht and most probably the one with the largest crowd outside of the climbing community, which has much to do with their incredible space, nice bar and great parties and events. Dana is one of these non-climbing fans. 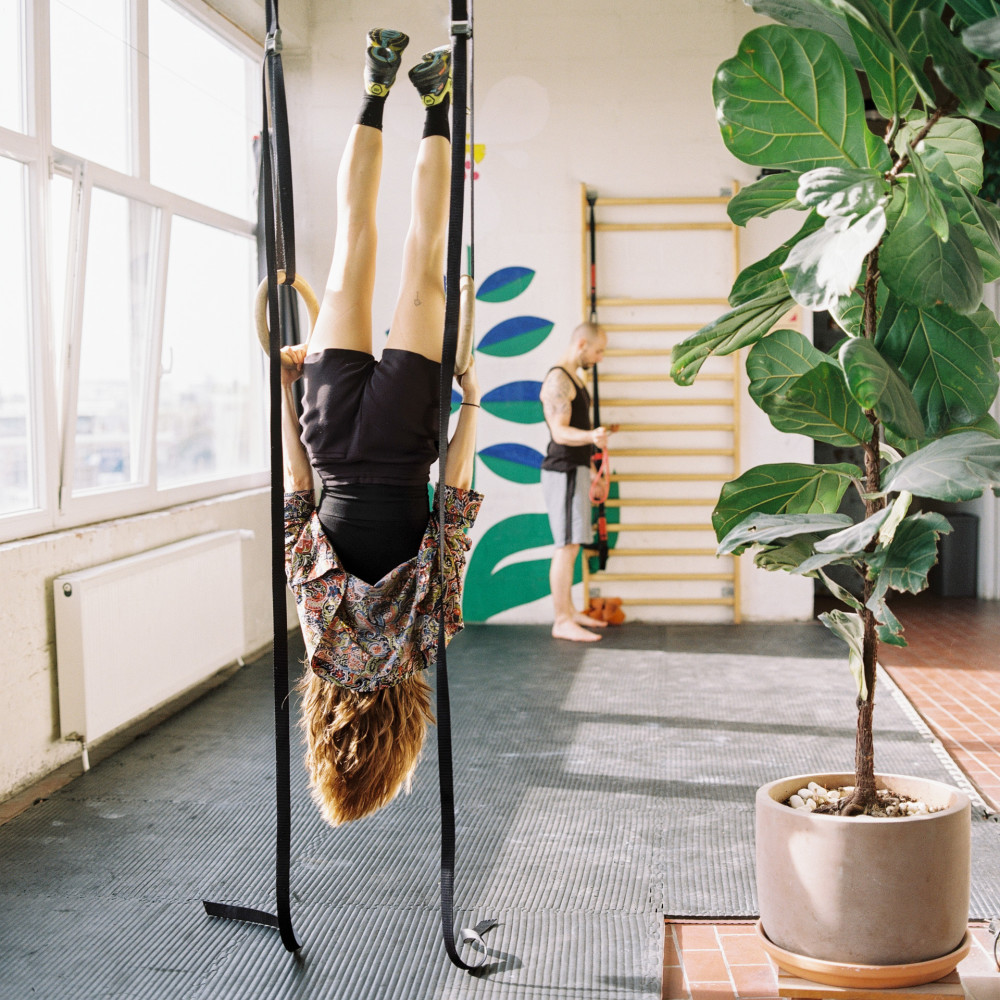 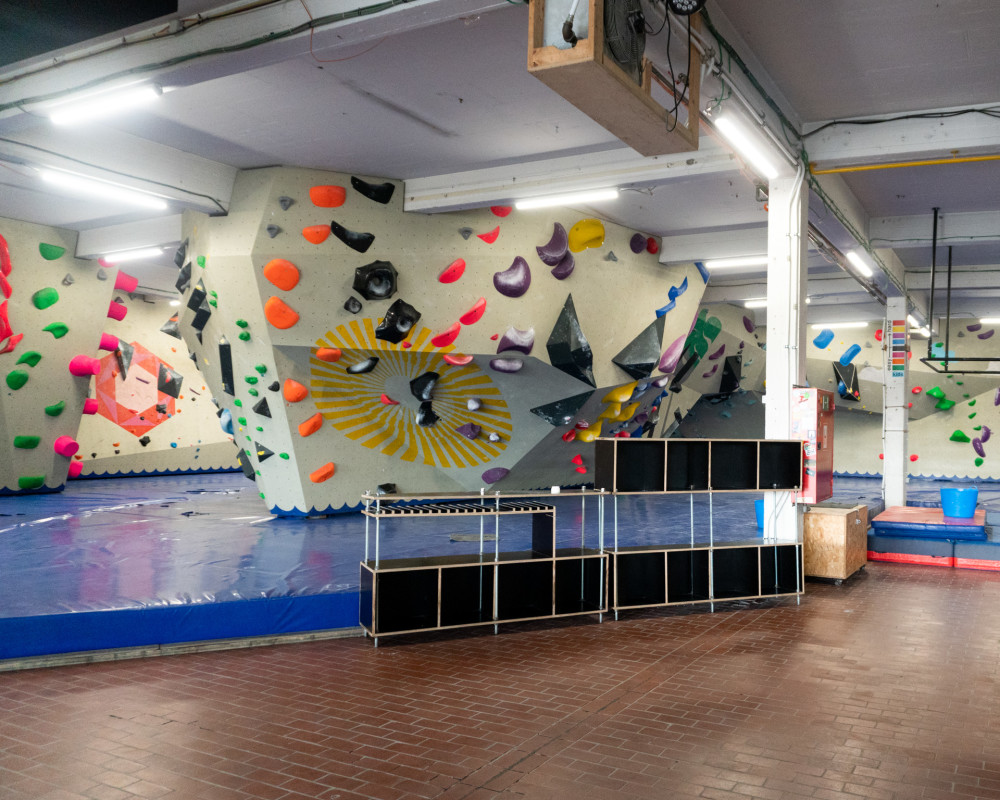 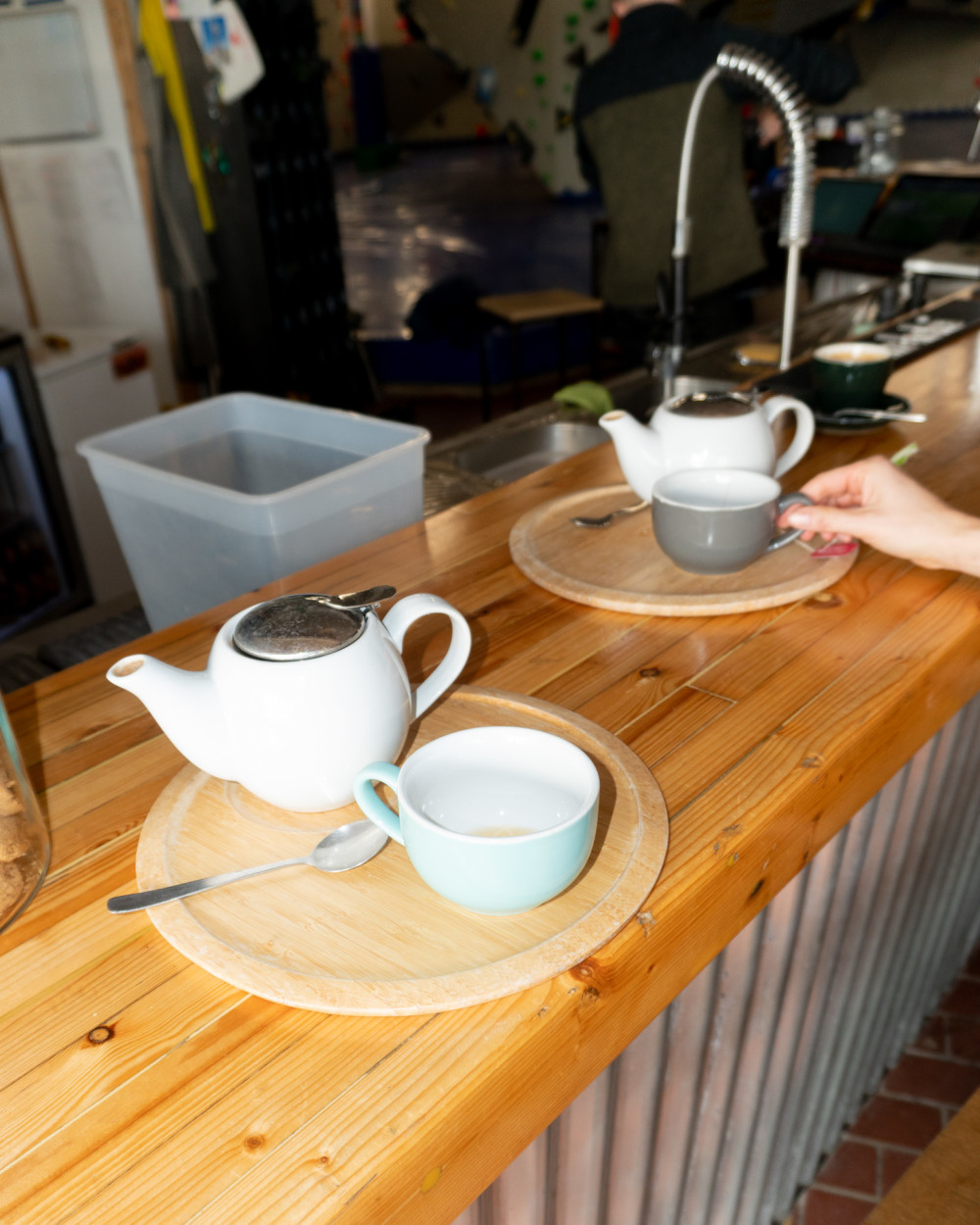 ‘For a while our atelier was just underneath Petite Île. They are such a cool bunch of people and the space has such a nice vibe with a little cafe, big working tables, and tons of plants. I would say they have one of the best views in Brussels. Their event/music programming is quite unique as well. I keep telling myself I will start climbing, but until then I will keep ordering tea.’ 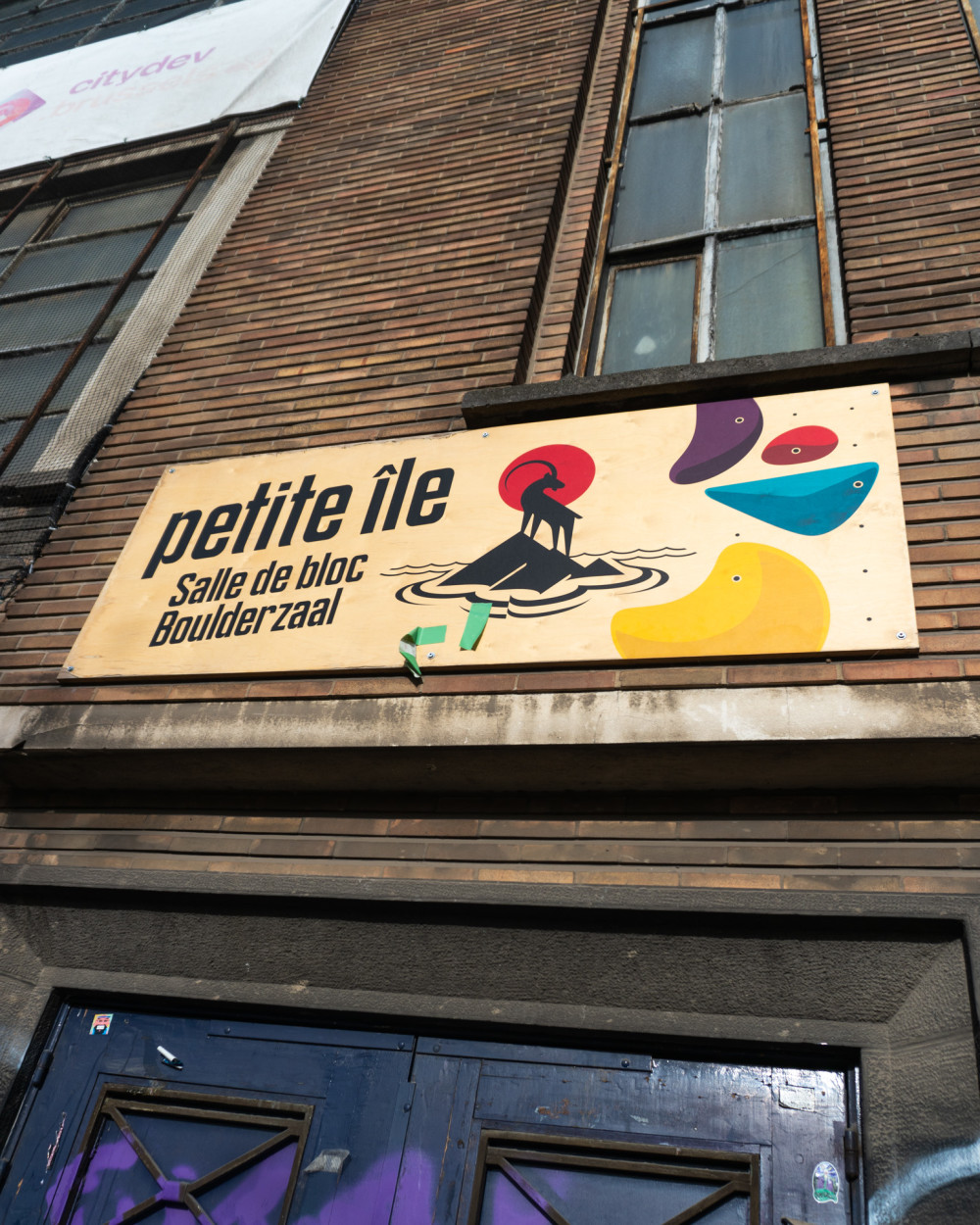 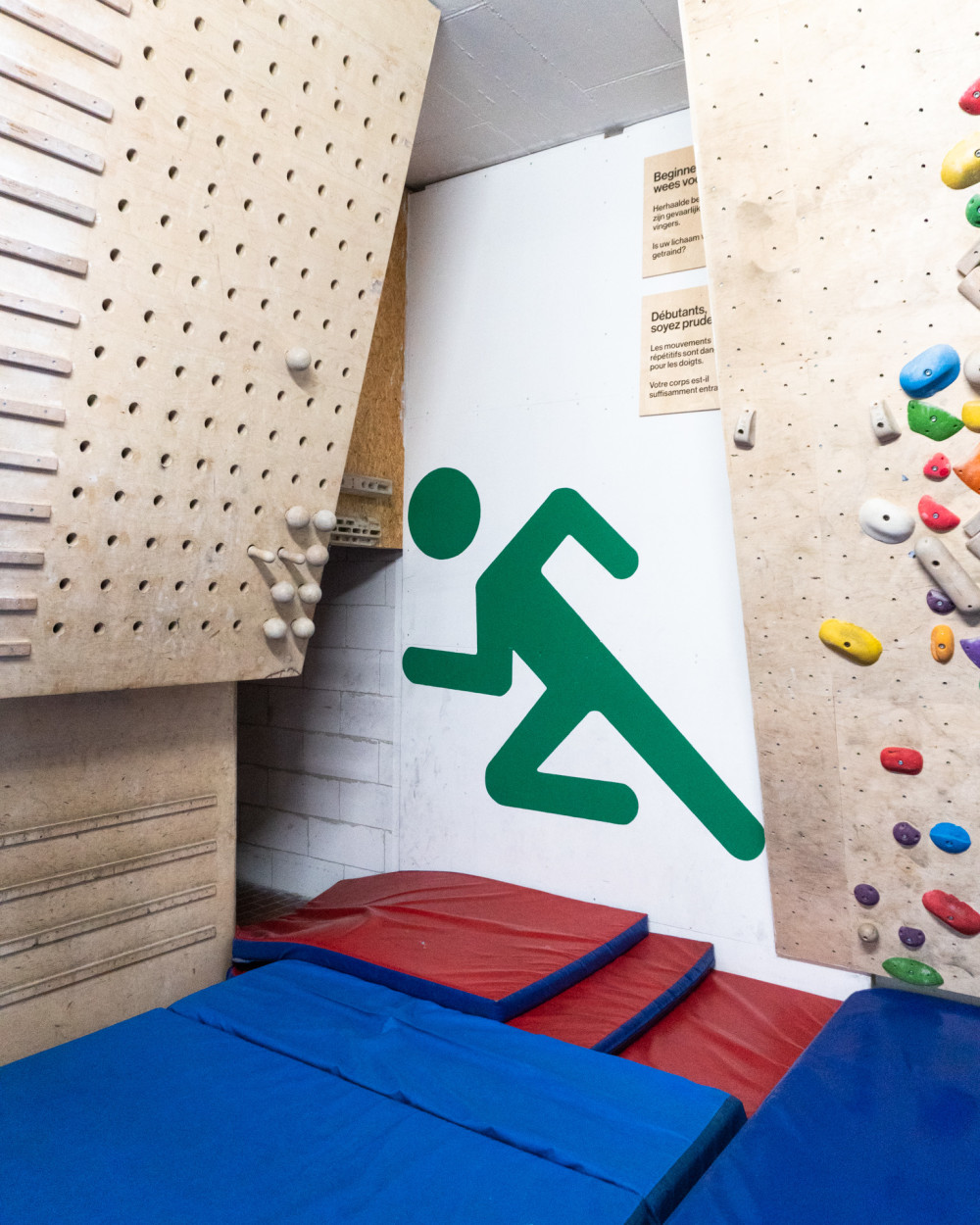 Located at 104 rue d’Arlon in the European quarter, Stam Europa is an empty office building turned into a public space. It aims to have any Brussels citizen – local or expatriate – to feel legitimate to showcase their project. Dana’s encounter with the space came through a creative invitation. 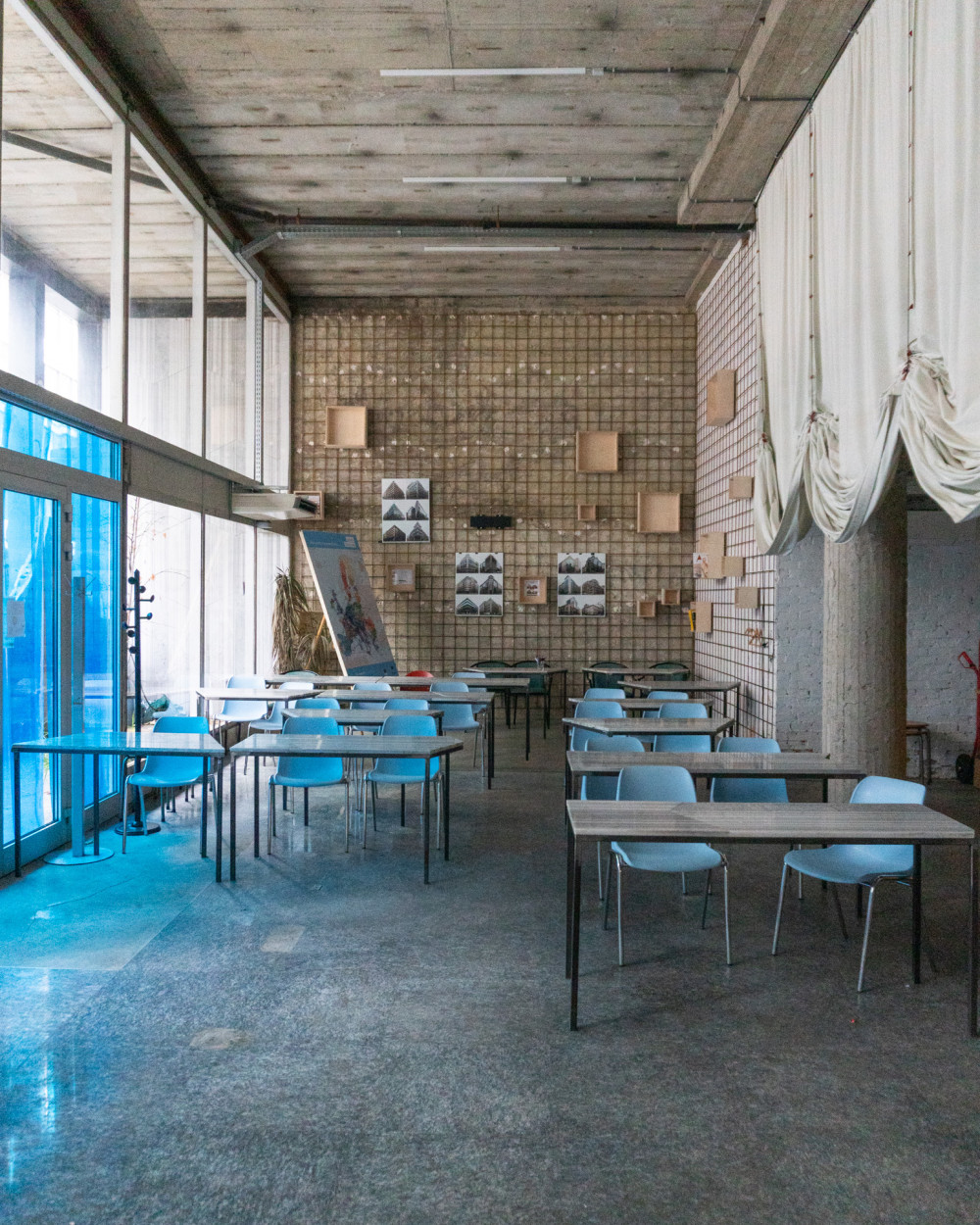 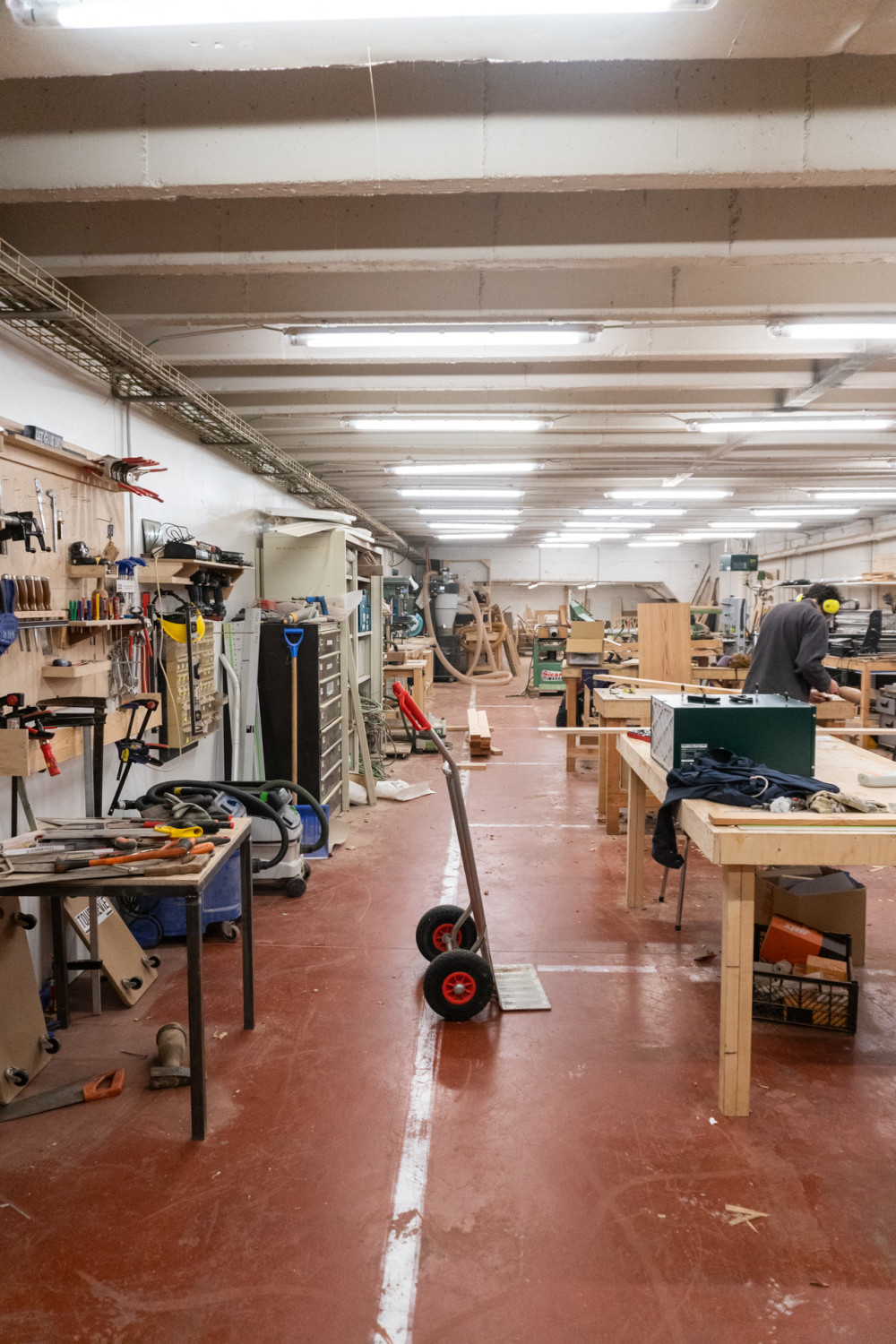 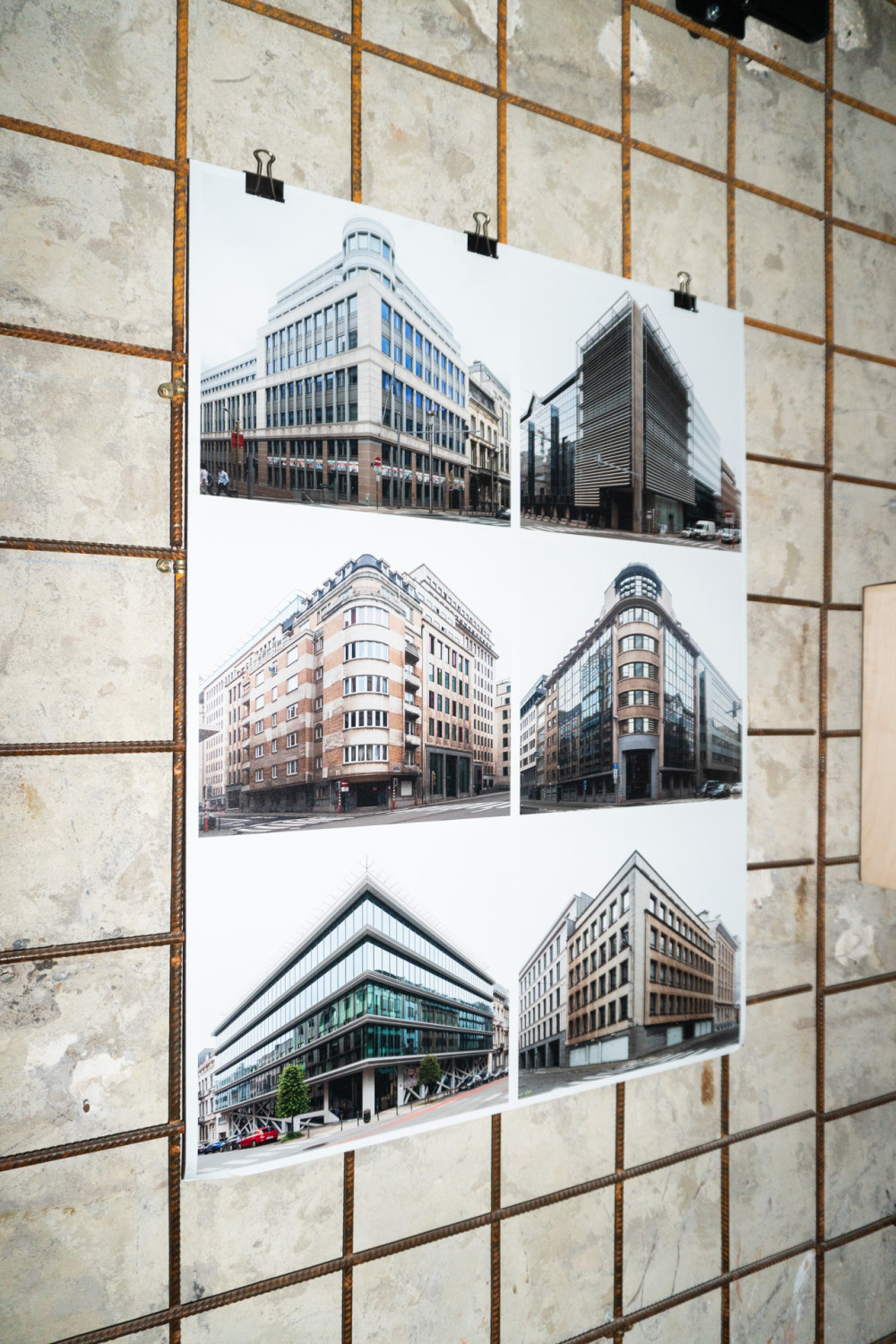 ‘During the summer of 2021, the Every Island collective won a small grant to do an installation in StamEuropa, and they brought on Victor Dumont to perform and me for the soundscape. It was really cool– and a great example of trying to repurpose these buildings and bring in some culture to a zone that is quite dead. I hope others can use it and that we find more spaces like this.’ 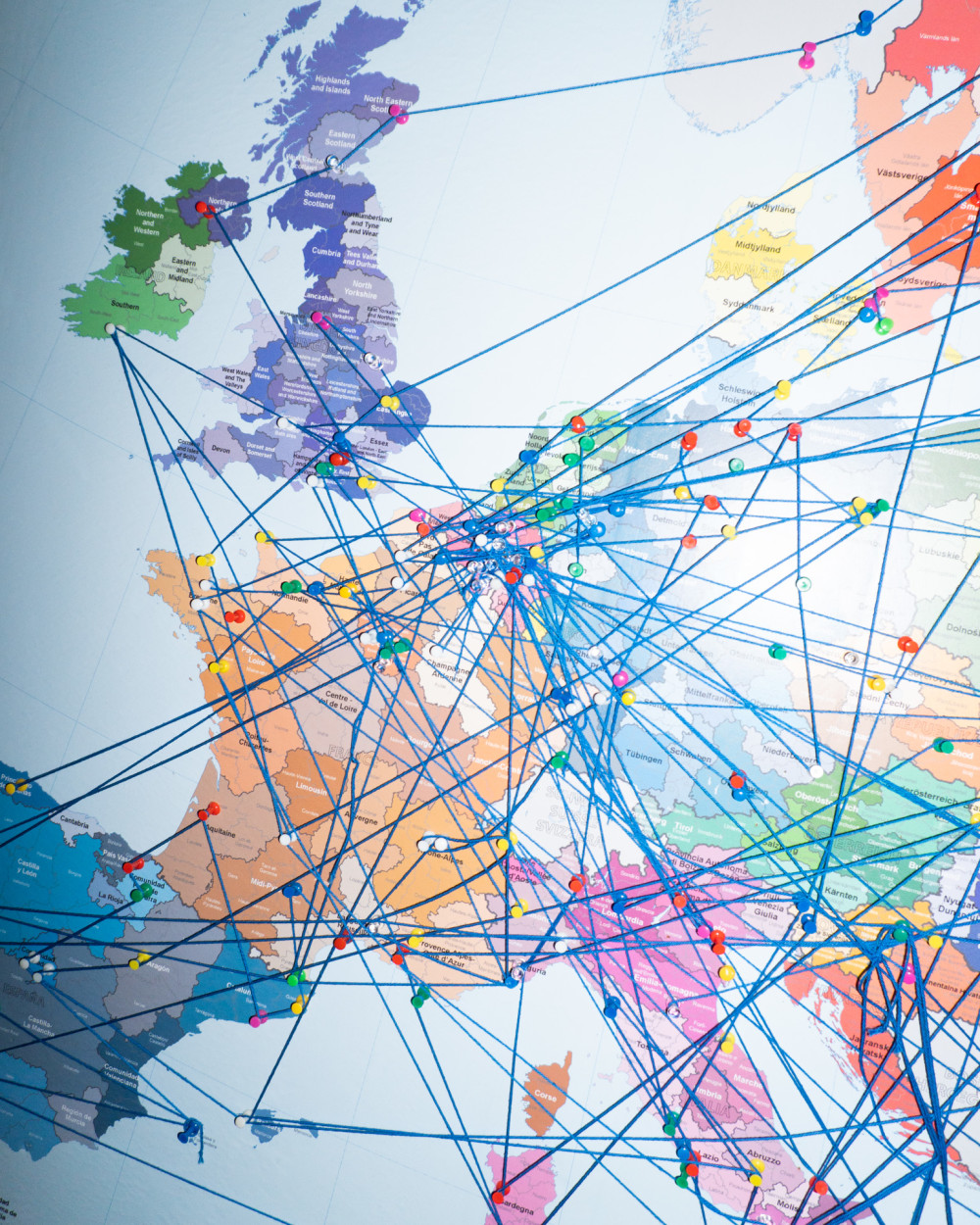 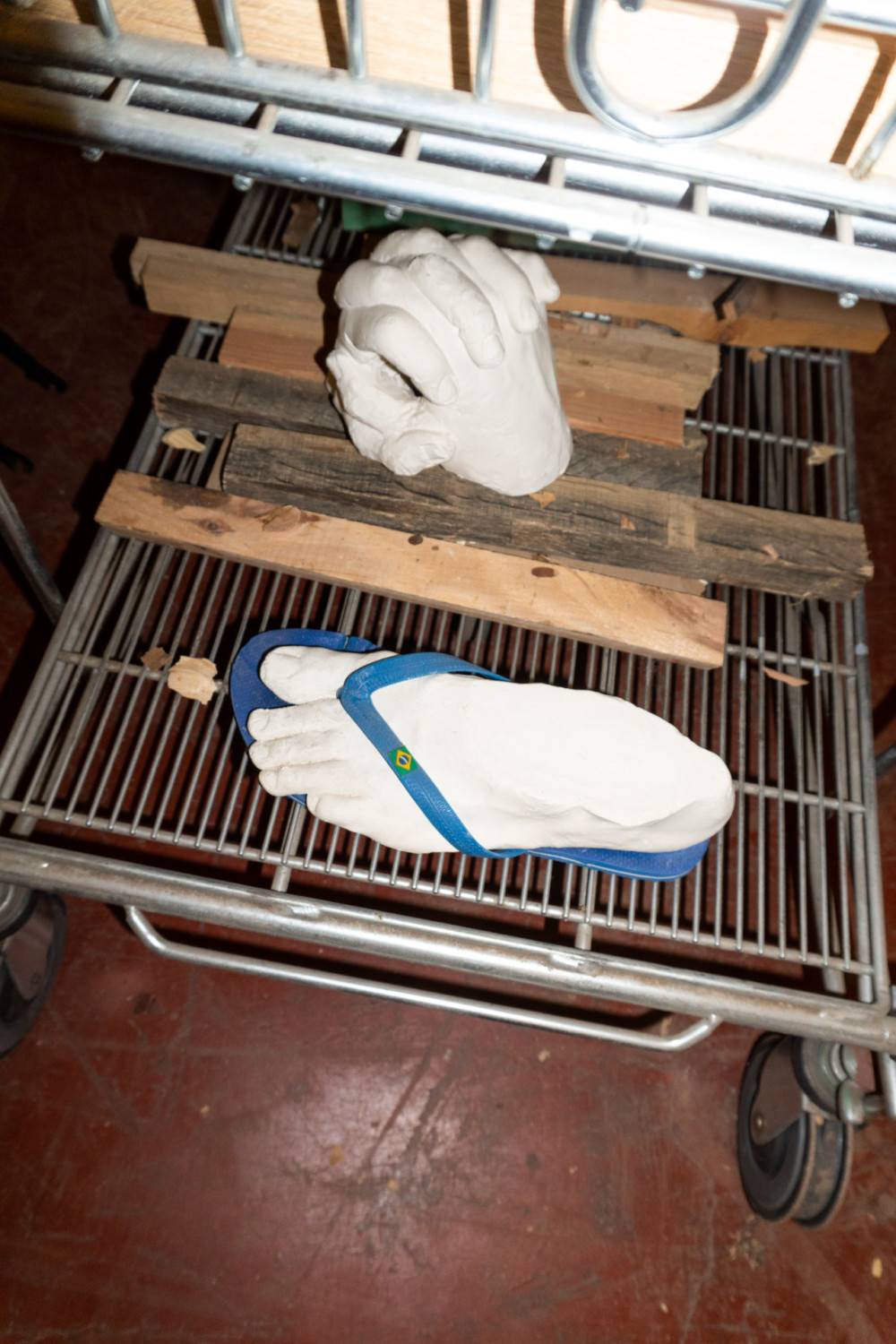 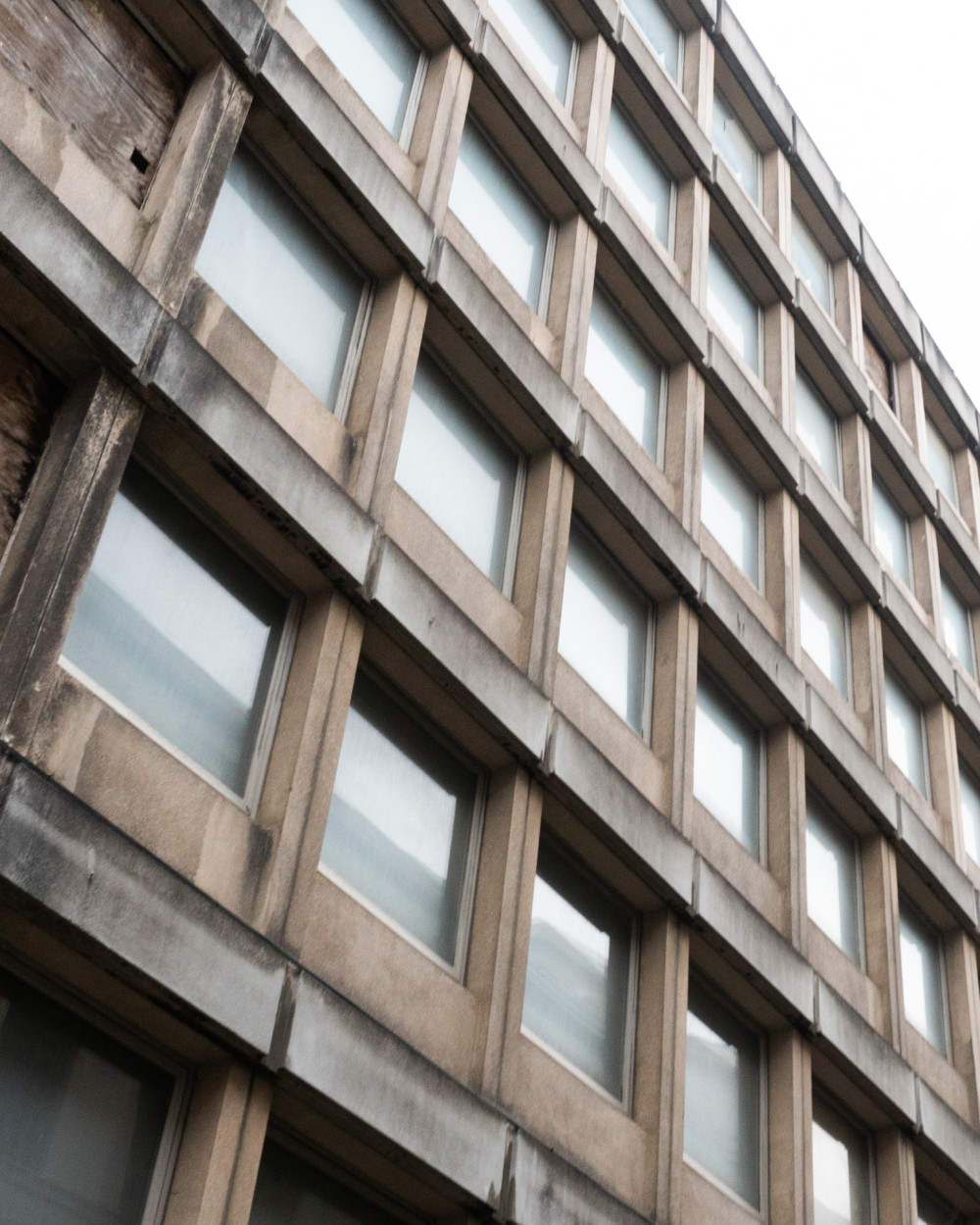 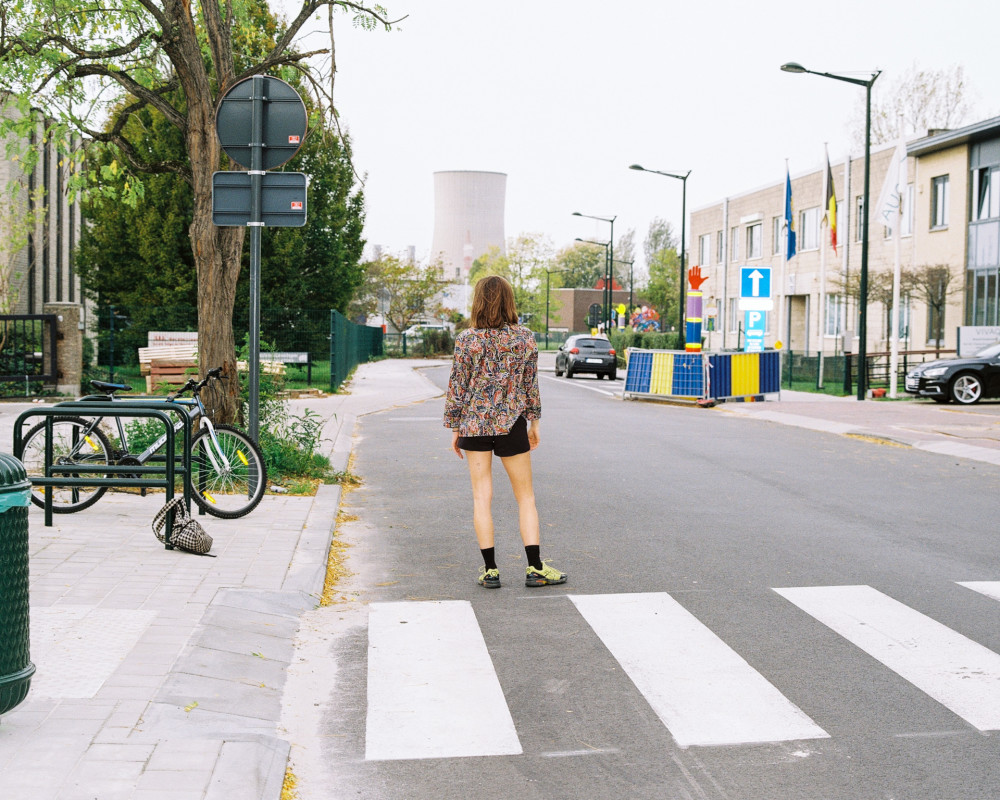