At home in Genk visiting scientist-musician Far Out Radio Systems

Far Out Radio Systems’ first and so far only live performance ever was at Listen Festival in 2018, installed on a small stage in the second room of C12 in the Horta Gallery. The conditions were ideal for an unforgettable night: all tickets sold out, a crowd hungry for a long night of dancing and musical discoveries for which they had patiently lined up in front of a stage loaded with music gear and hardware, all dragged to Brussels by the man behind his at the time still mysterious moniker Far Out Radio Systems. Today the producer who goes by the name Thomas Neyens has released his first album dubbed ‘On Boolean Plains’ - a title revealing his other main passion - and takes a moment from his busy schedule for us to reminisce about the past, including that wild night in 2018 at our festival’s stage 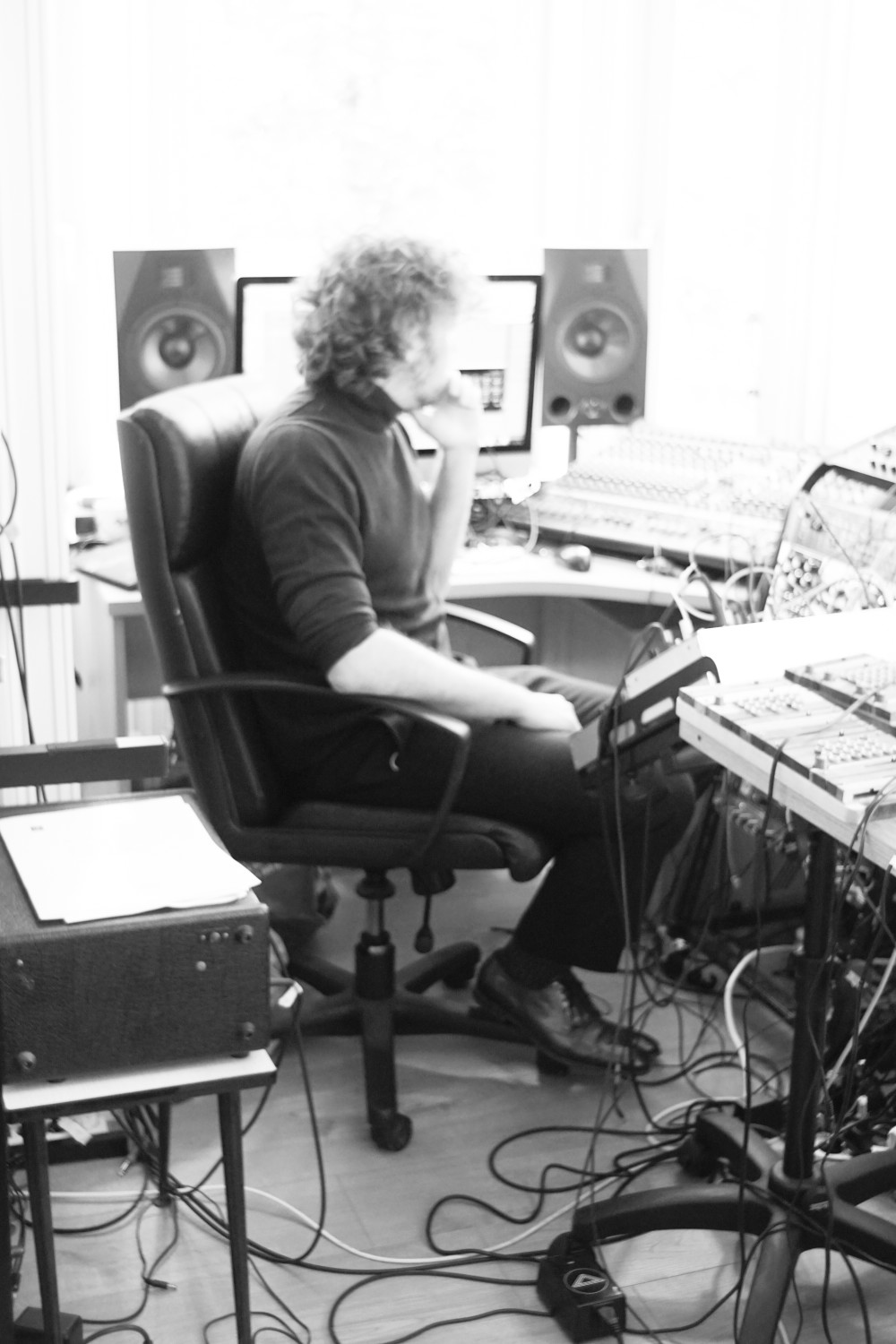 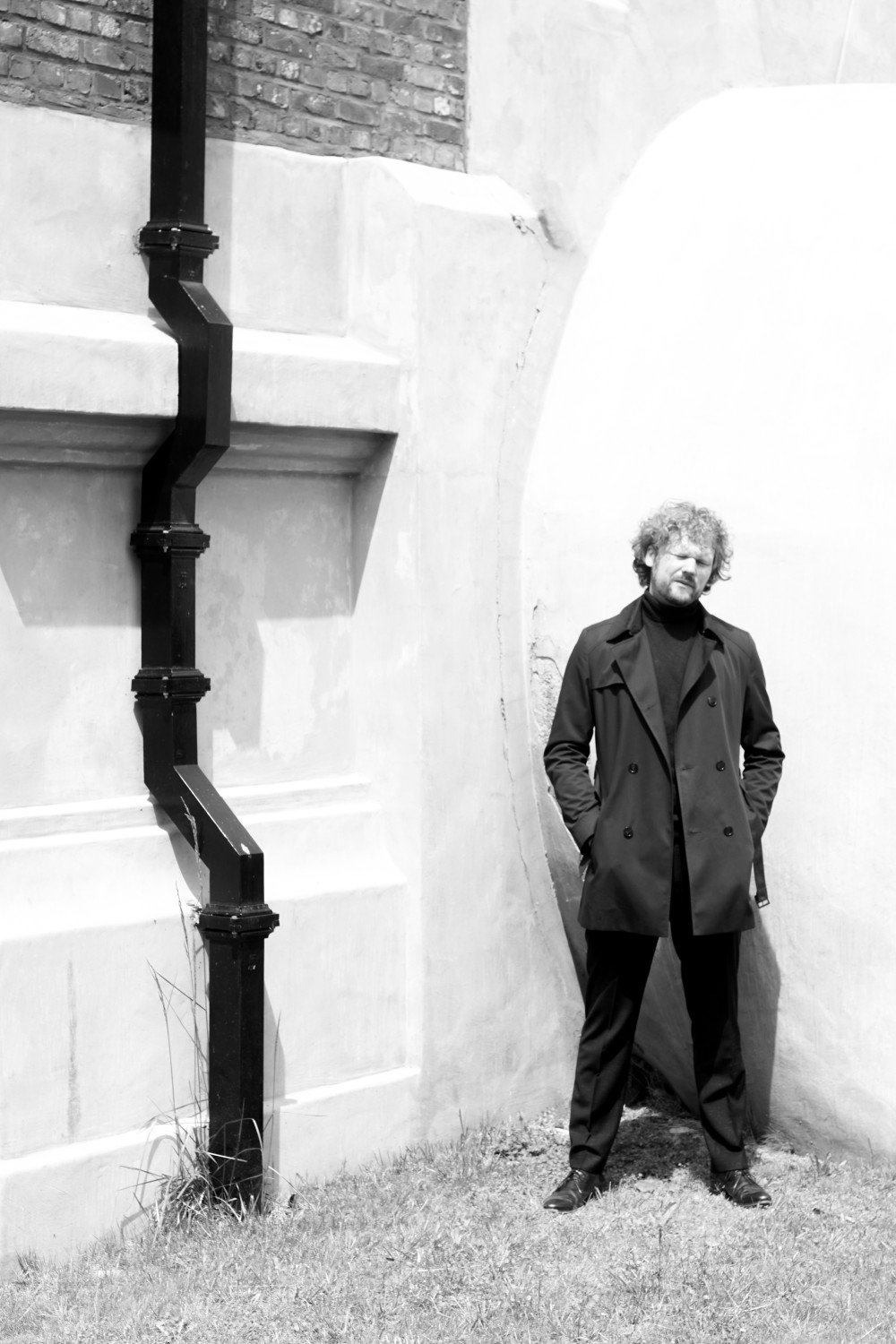 What do you remember from your first ever live gig at Listen Festival in 2018, Thomas?

I have fond memories of that night and learned so much from the experience, most importantly for bringing way too much gear with me on stage, supposedly a common beginner’s mistake. I plan to do more live gigs in the future and I have been working on a downscaled set up, where I’ll perform my music with a limited set of machines. I can’t tell you yet where, but it will happen again sooner or later.

Your album On Boolean Plains was released in October last year on Dutch label Something Happening, Somewhere, how was it received?

The album release went very well. My previous EP’s always sold very well abroad, but this time I was informed that a larger part of the sales also happened here in Belgium. In Music Mania in Ghent alone they have sold close to a hundred copies apparently, I was flabbergasted. 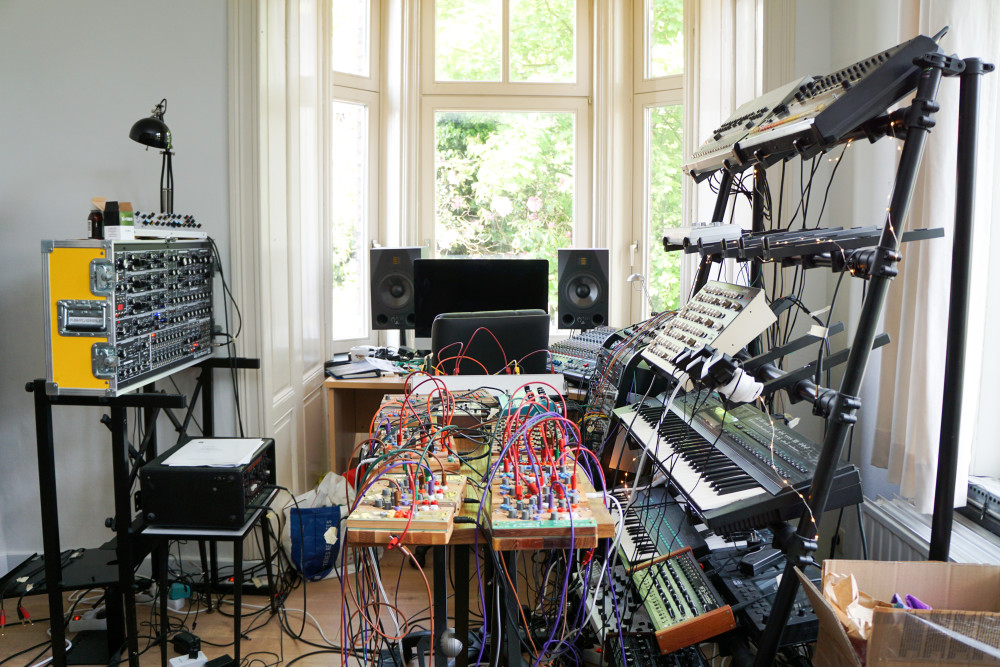 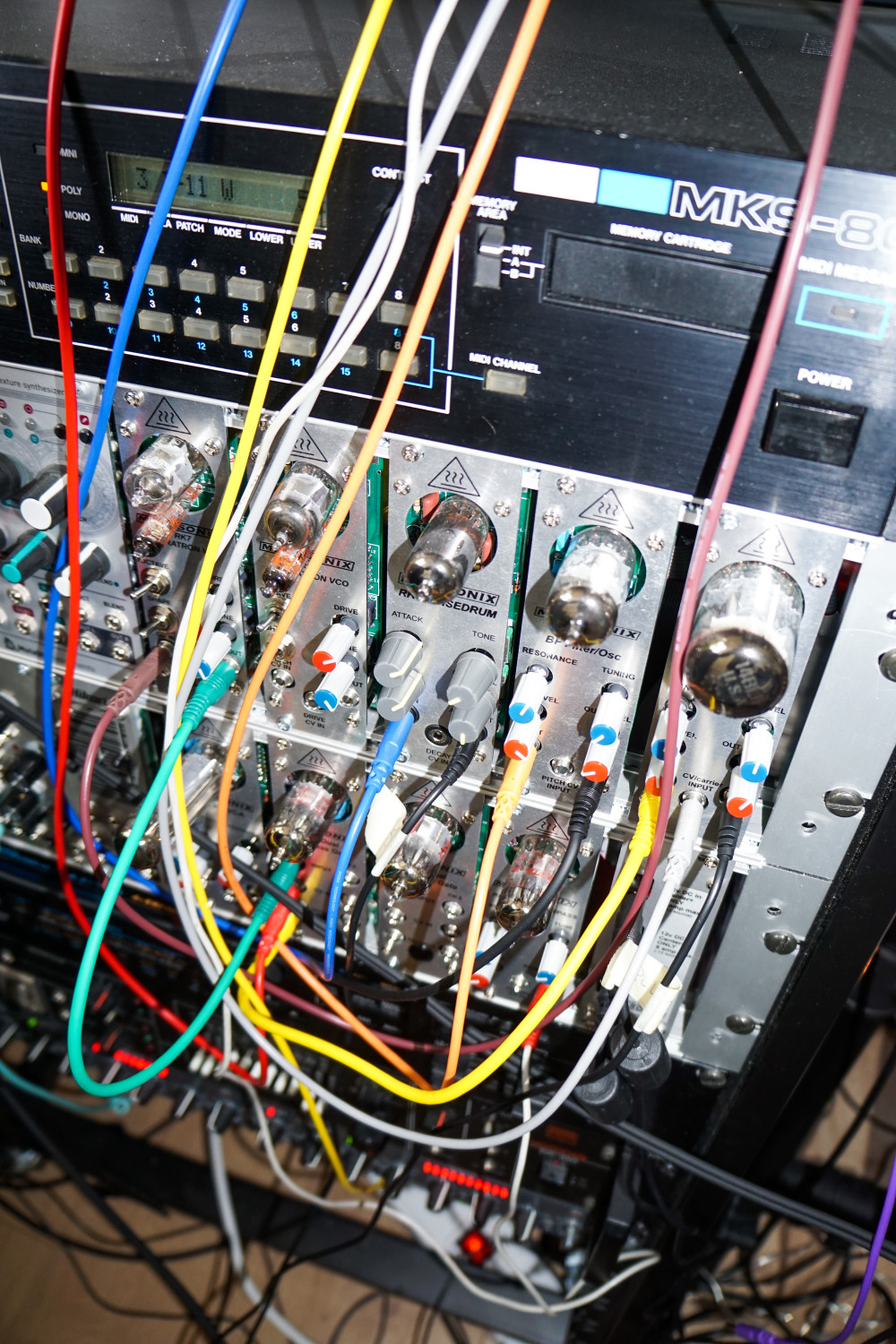 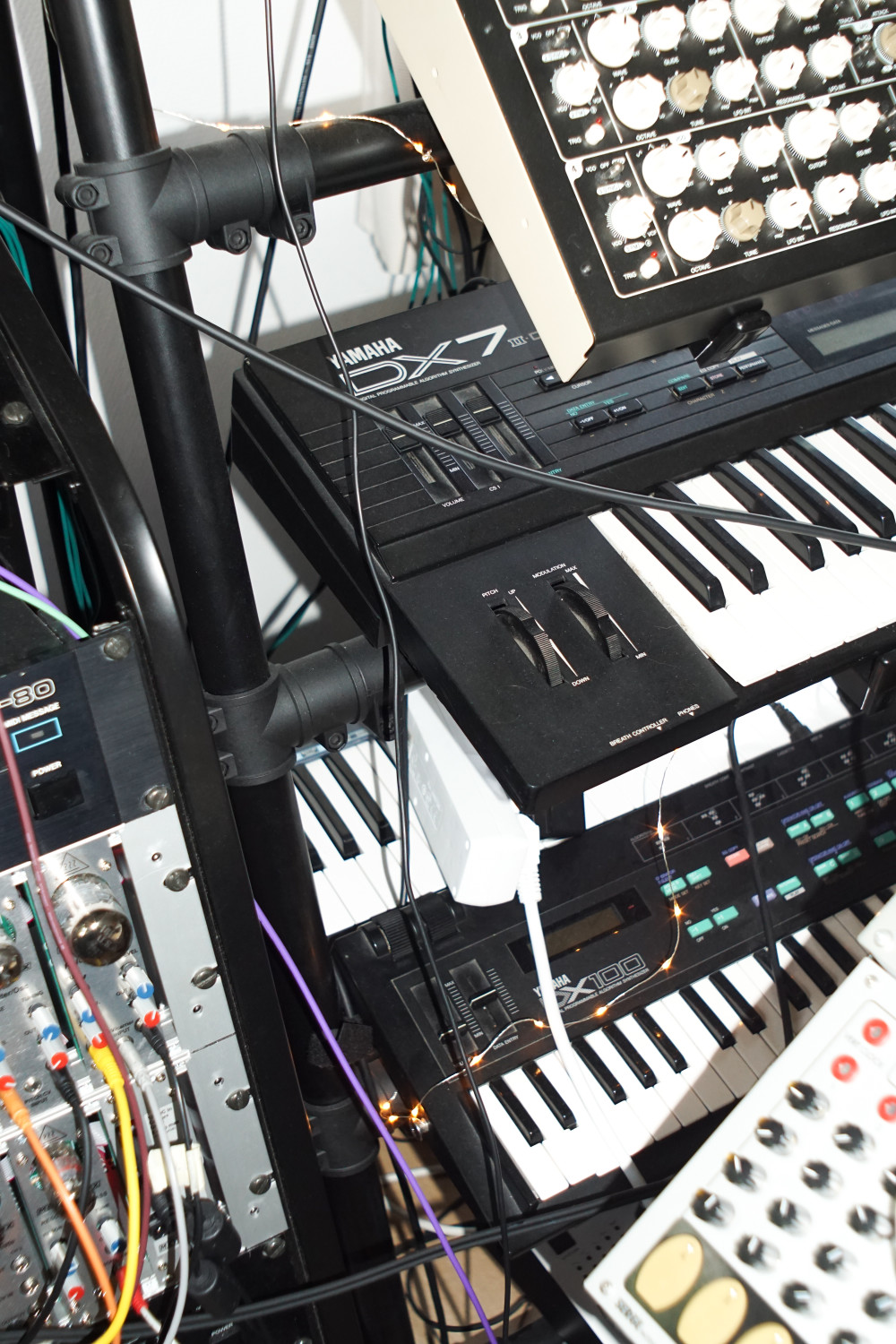 What does the title On Boolean Plains mean?

The title is a nudge to my profession. Boolean algebra is a field in mathematics, a form of logic following the binary system. Half of my time goes to my position as an assistant professor in biostatistics at the university of Leuven, while the other half I work as a postdoctoral researcher at the university of Hasselt. There is a certain analogy between a music producer and a scientist. Just as working with music hardware - much of what you hear on my latest album comes from modular synthesizers - the field of statistics is technical and time consuming to fully grasp. Besides that, there is a great factor of coincidence in my methods as a music producer. I connect synths with each other which gives a standard outcome, after which I like to experiment and try new bridges to obtain unexpected results. Coincidental or stochastic processes are the basic elements of statistics. 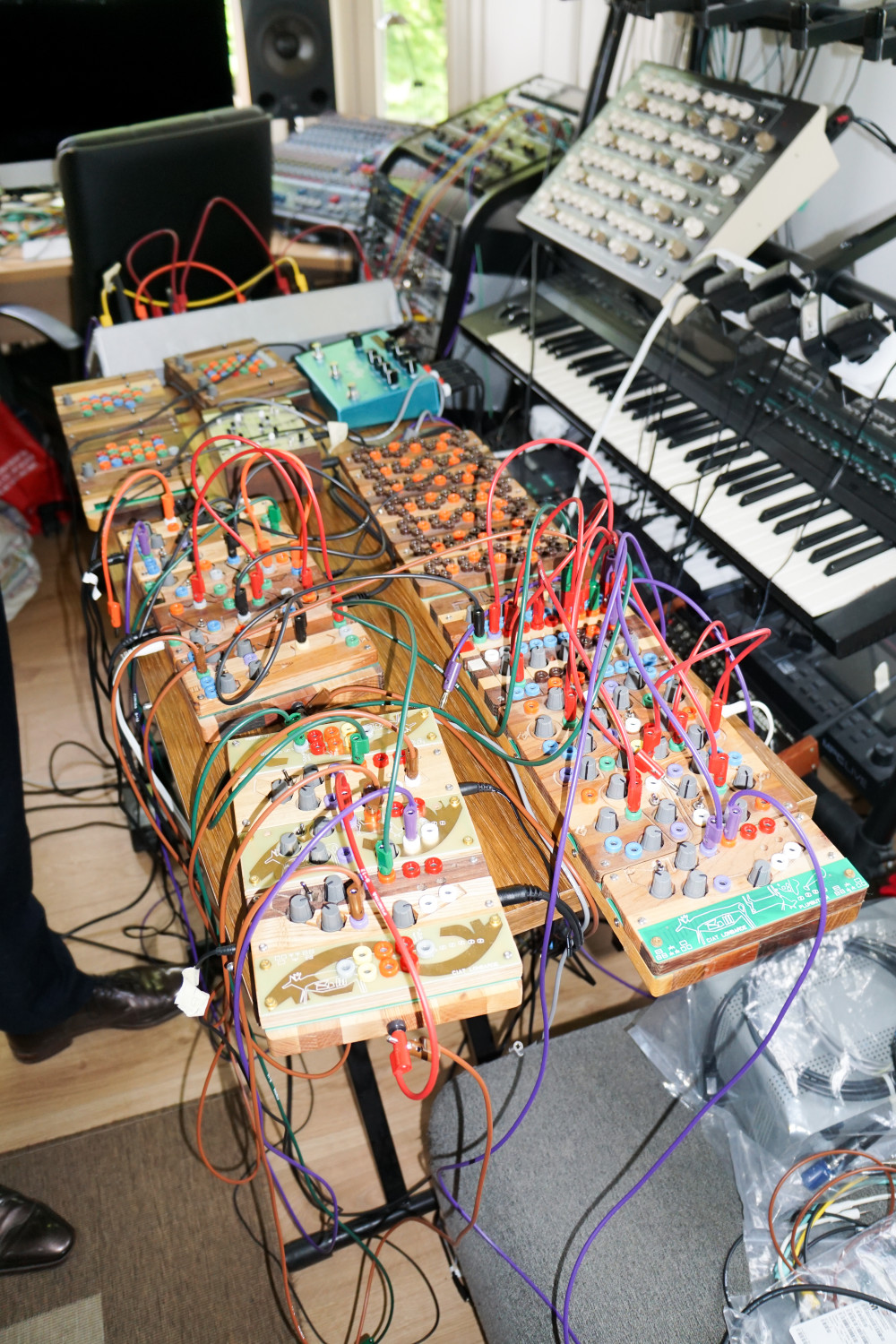 Can you give an example of such a coincidental process while making your album?

Actually the album was made in two different time frames. The uptempo tracks were made throughout a longer period of time, while the ambient tracks all came out of one session during one weekend. For the latter I had worked on a theory where I wanted to convert statistical processes into music by tuning my modular synths into a randomised process, more specifically a multi-dimensional random walk. Helped by a few internet tutorial videos, I kept on experimenting but while still not reaching my theoretical destination, I did develop some very cool sounds that made it onto the album. For those who are interested, I have given several talks about the connection between statistics and music and I’m interested in contributing to the installment of an institute in Leuven for arts and science. Combining education and statistics with music and consequently spicing up the dry theory of mathematics, is something I wish to invest in more in the future.

As a statistician you’re also involved in the crucial Belgian statistical Covid study. Don’t you clash sometimes with your fellow DJs or artists who complain about the current measures?

Apart from the great tragedy this virus means for our society, working on the spread of the epidemic is something I find very interesting. As a member of the team led by Niel Hens and Geert Molenberghs at Hasselt University and KU Leuven, it was from the first signs of the arrival of the virus very clear that this was going to be a huge crisis. I have mostly worked on the geographical modelling of outbreaks and I became the statistical coordinator of the Big Corona Study, an online survey that is executed on a constant basis, to measure the spread of symptoms and the adherence to non-pharmaceutical intervention measures and I was pleased to witness how scientists and experts were finally taken seriously by politicians. Obviously after some time and lockdowns, public opinion started to shift and doubt spread, which I completely understand, especially for those who were hit the hardest, the event industry as a good example. But when I hear befriended DJs or anyone involved speaking negatively about science or the experts, I do feel addressed, especially when fraudulent claims are being made such as our alleged catering  towards the agenda of big pharma. Everyone in my team and our universities is working long hours only to help and serve the greater good. 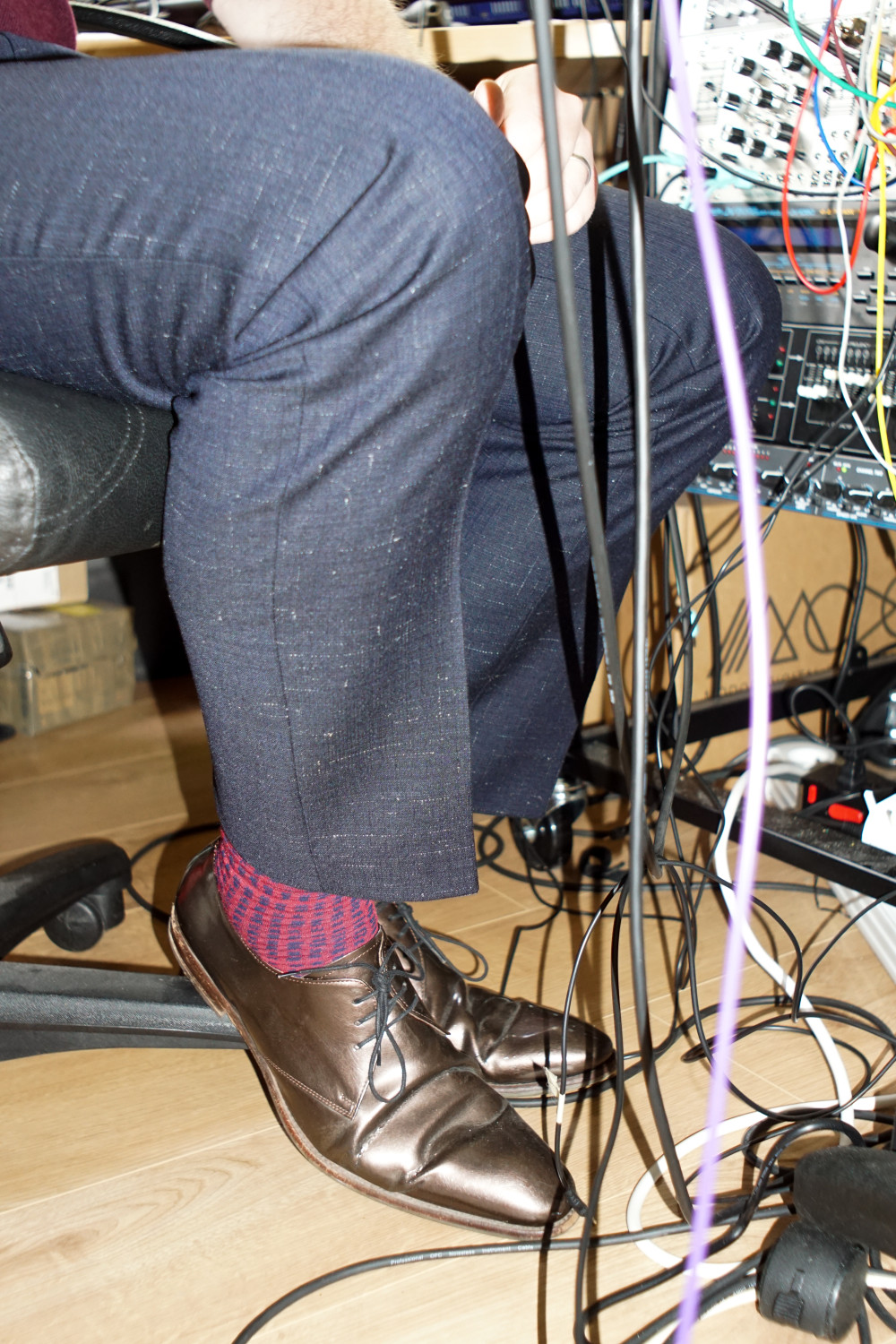 Am I right if I say that your first EPs as Far Out Radio Systems were rather maximalist and made for bigger crowds, while your latest album is more introspective?

There is some truth in there, yes. Before I started Far Out Radio Systems, I had a string of more house oriented releases under my Kiani & His Legion alter ego, among others on We Play House Recordings. After a while I felt the need to explore my passion for Detroit and minimal techno more, the rawer side of my musical spectrum. A few friends and I were involved in organizing parties named “Taxi Tanzbar” and with our profits we decided to release the first Far Out Radio Systems EP. I actually made those first two tracks on a Roland TR-909 drum machine borrowed from a friend who had just rented it to accommodate a gig of Jeff Mills at the time. Throughout the years and more releases on Taxi Tanzbar and also on Curle Recordings, I slowly but surely disconnected from the urge to serve DJs and a dance floor and gained confidence to make exactly the music that I always wanted to make, away from any prior expectations. I’m very pleased to have made this voyage on my creative path and to still be able to make music without any need to sell out, just for myself in my small studio as a scientist-musician far away from the spotlights. Which doesn’t mean I’m not susceptible for reviews or commentary, but at least I’m where I want to be. 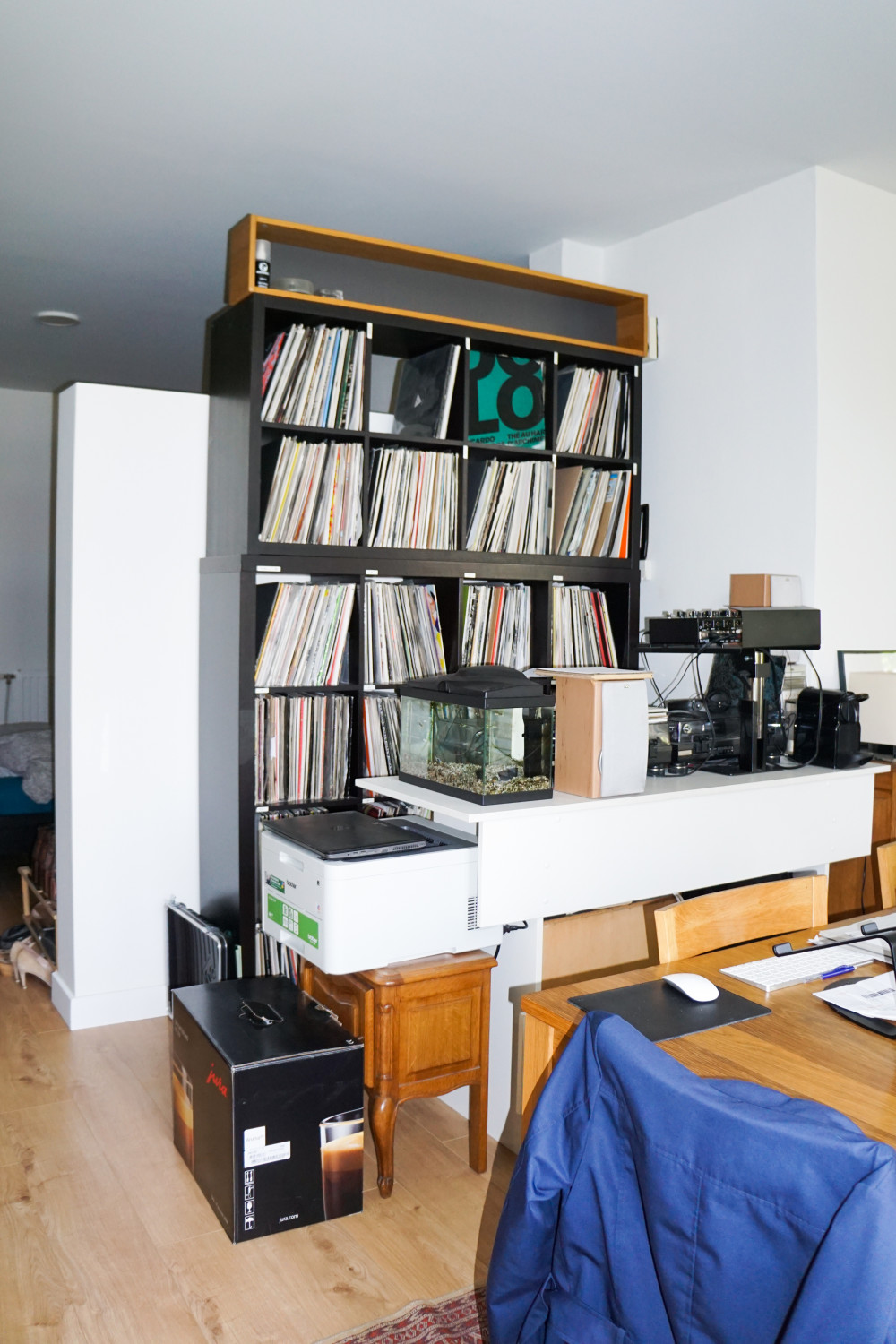 What’s going on in your life today?

We are renovating our house at the moment, so my wife and I temporarily moved into a small studio flat. My working desk and my music studio are in the middle of our living room, not easy but we’ll survive. For the moment I’m heavily involved in making music with vacuum tubes, which leads to a sort of seventies science-fiction movie sound, comparable to the effect of a turntable where the pitch is gently altered. Discovering this reminded me of Boards Of Canada, still my to-go-music of how I want to sound as an artist. Making music is like meditating to me, it is my peace and quiet, the groove of my life. I can’t miss it for too long. 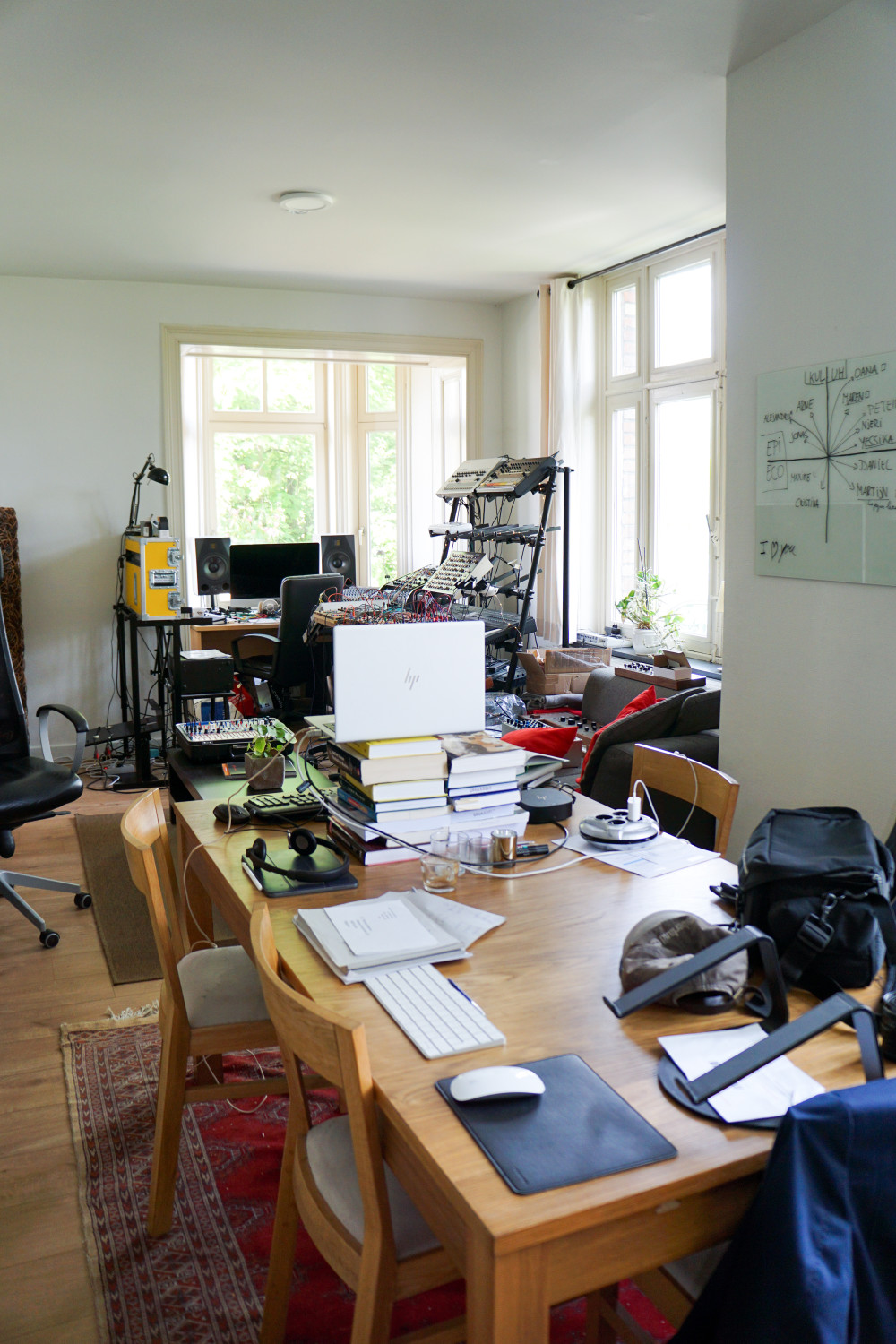 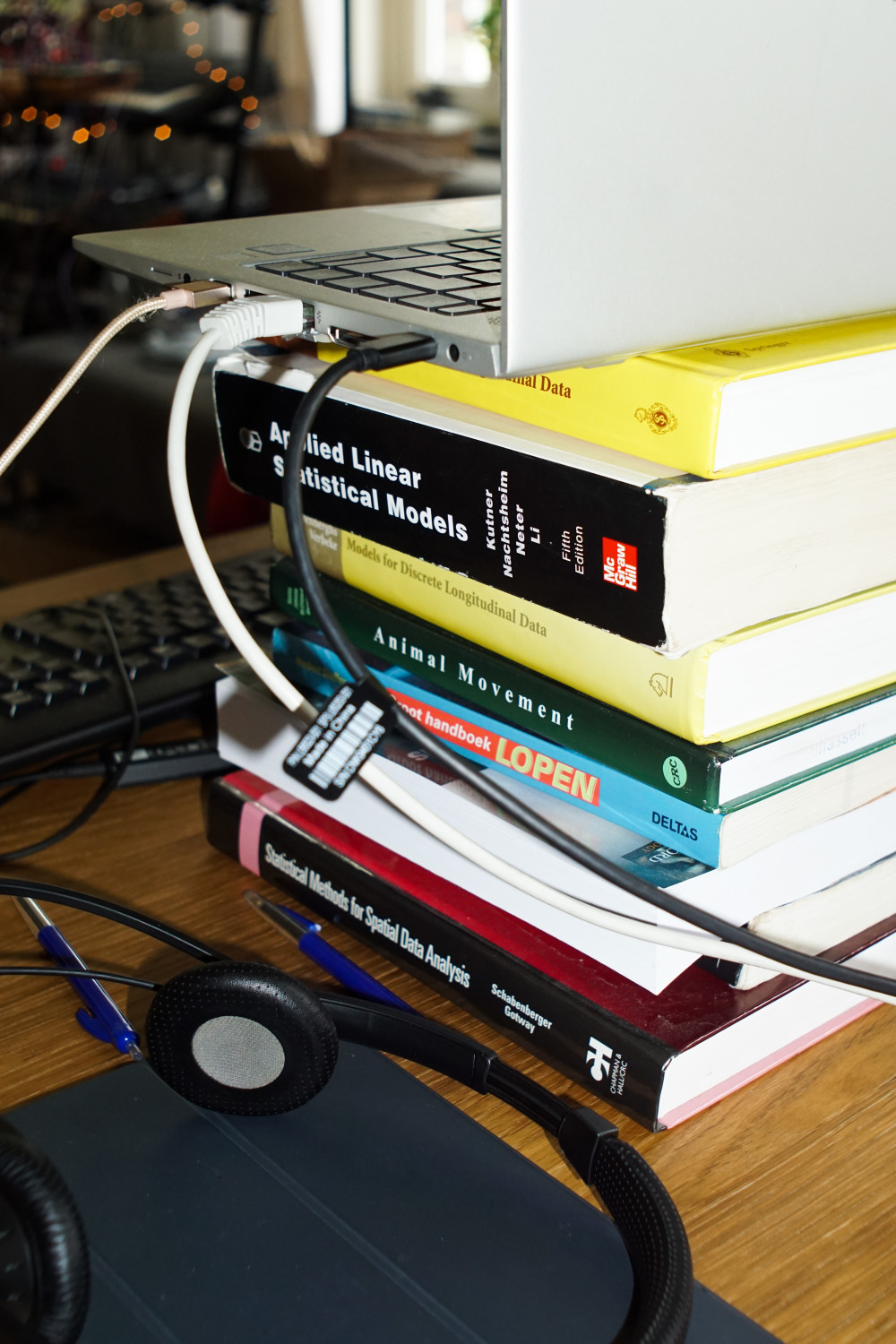 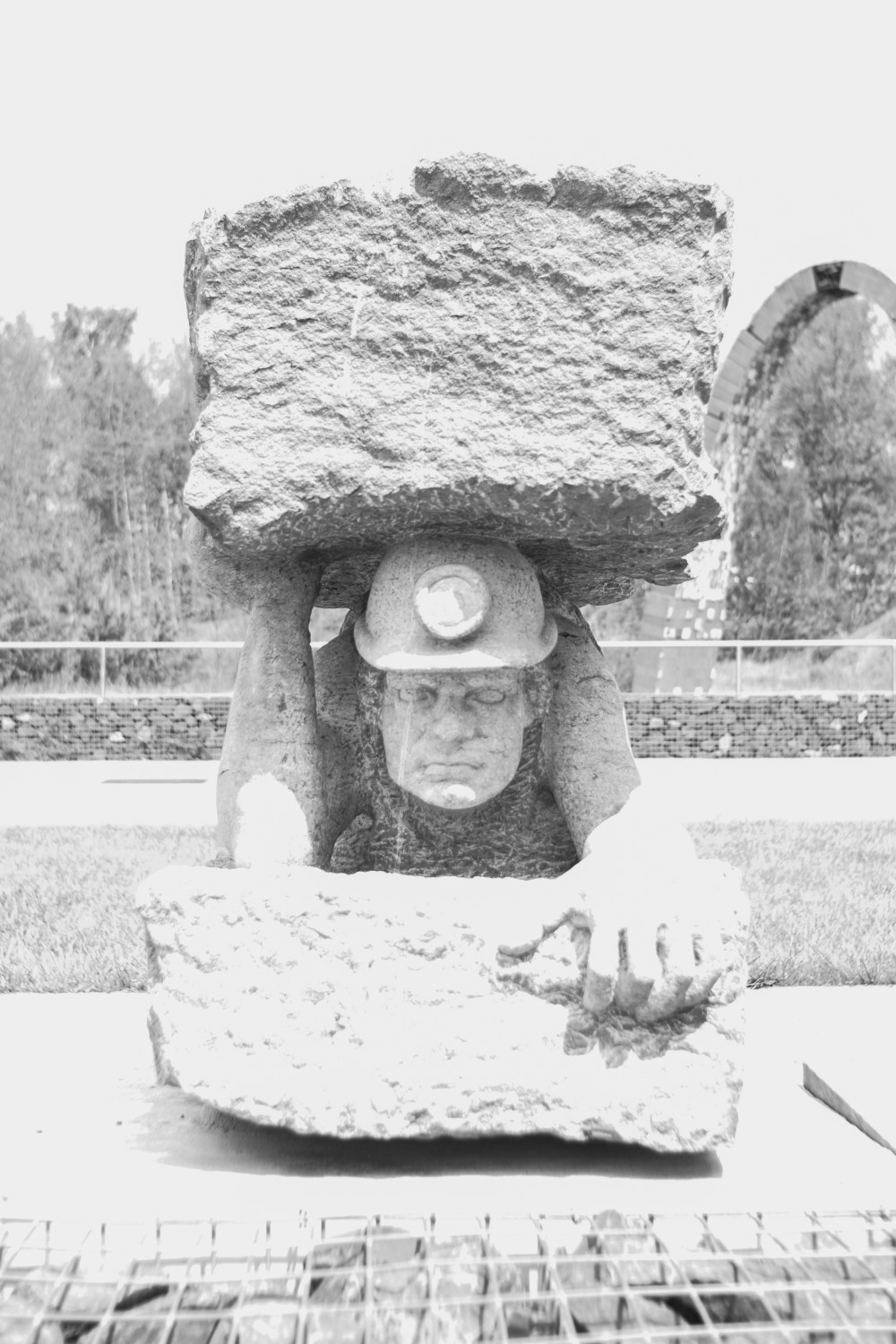 All pictures are taken according to Covid regulations.